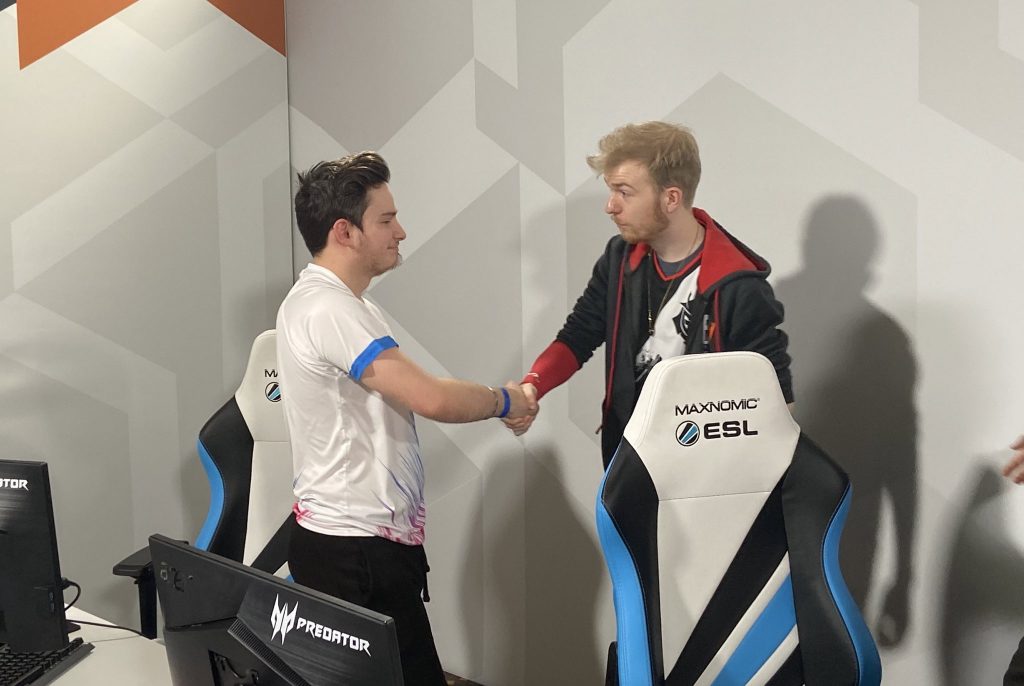 The Rainbow Six Siege European Pro League finished its 13th playday which finally crowned a European Champion. Rogue’s win over Chaos solidified their position at the top, with a game to spare as well. On the other hand, Chaos’s defeat has them solely last place for now. Meanwhile, the race for second is still on, and Na’Vi looks like the team to earn it on playday 14. But the rest of the league is still in a place where standings can shuffle. Let’s see what happens and how this affects everything come playday 14.

Once again, Rogue walk out of Europe as a top team. They have only faltered once this split, with a very recent defeat to Na’Vi. This is a much cleaner split for Rogue compared to the first half of Season 11. After a yet another LAN blunder at the Six Invitational 2020, Rogue is looking much better. During post-game interviews, Valentin “risze” Liradelfo even says they are genuinely having much more fun this split in their games. Whatever has happened to that team internally seems to be working out for them.

Hopefully, this time off till next Pro League will keep their improvement flowing smoothly. Plus, now is the time to get real bunked down into why their LAN results are so different. If Rogue is going to be a continued best in Europe, they may as well become consistently the best on LAN.  Especially since the rest of the world has caught up to / or outshining Europe.

Natus Vincere’s success against forZe on playday 13 means they earned their way to control second place. Na’Vi battered forZe 7-2 and did so with an impressive Kafe defense. Na’Vi won the defense 5-1, by exploiting forZe’s weak ban phase. Also, Kafe is one of Na’Vi’s best maps from Season 10. This roster knows how to take the attacking half – and so they did. Na’Vi’s redemption story this season is almost complete with this playday 13 win.

It is essential to mention that forZe is notorious for banning Goyo in their matches. For some reason, forZe decided not to ban it, and Na’Vi were more than ready to use it. With that set, forZe’s attack became incredibly hard to pull off. This is a big deal for forZe. Their playstyle this season has been about aggression. Goyo shields supported by Maestro, Jaegar and Wamai counters forZe’s playstyle, because it becomes a utility burning and time-wasting meta. The usual aggression from forZe was soothed. On playday 12, we mentioned forZe’s tactical blunders surfaced. Now Na’Vi has fully exposed them.

Vitality and BDS shake things up

Team Vitality finally found their first win of the split against Team Empire. Team Vitality beat Team Empire on Club House 7-2, keeping with the theme of the night. What this means is that Team Empire’s second most iconic map (outside Coastline) is a map they go to die on. The implications of this are that Team Empire is in a real slump. A lot to do with their destruction on Club House came from Loïc “BriD” Chongthe, who championed the French scene to victory. BriD hasn’t been a consistent factor for Vitality, and its great to see him succeed when Vitality needs a win the most. This means that Vitality is now on 16 points and remain in range to compete for mid-table standings against the 19-point tie. How many more examples do we need to demonstrate the close nature of EU?

Meanwhile, BDS earned a valuable point with their draw to G2 Esports. Both teams played well on Border, with everyone having a moment in the sun. What makes it better is the clash of styles of the all fragging super team vs the one-man army in BDS. Both teams’ styles matching on a map like Border creates the recipe for a super close match as a result was a tie.

However, G2 fails to escape the deadlock and are most likely competing for mid-table standings because of the tie. As for BDS, this one tie allows them to escape 8th place. While there’s not much room for BDS to climb anymore, they can still take 6th place. This match does indicate just how competitive the entire European region has been this season. For those looking for a fun, exciting game, this VOD is a must-watch.

The match to watch in playday 14 will once again be forZe. Their final battle will be against G2 Esports, who currently owns the head to head record. This is important to note because forZe must win to escape the mini-league scenario against G2 Esports. However, if G2 Esports wins, then they have a good shot at taking 3rd place, presuming Empire doesn’t have anything to say about it.

Furthermore, Team Vitality can play upset in the standings. While their round difference is well in the negative, if they can win their match vs BDS Esports anywhere between 7-0 and 7-2, and Team Empire lose, then Team Empire could hypothetically finish 6th place. This highlights the insane scenarios coming out of EU in the final day of the season.