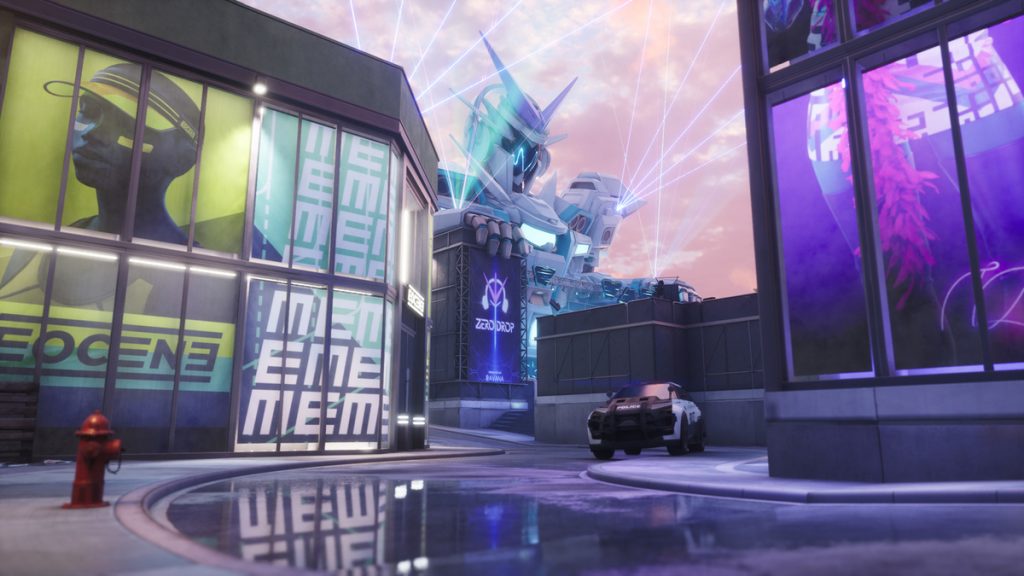 Vice is the new map coming to Rogue Company. This map looks a little different than any other map in the game, with their purple, pink and blue aesthetics, and technological features. The map is designed for medium and longer-range Rogues in mind, with asymmetry to give players a new flavor in map design. Vice will be available in Practice, Strikeout, and Demolition game modes.

Maps already in the game are going to have some changes too. Icarus is getting some adjusted spawn locations for non-demolition modes. High Castle is also getting some level changes with re propping the top of the stairs and adding a mantle spot on the Wizard Tower. Favelas is also getting rid of the garage shelves to allow players more room to maneuver.

A new Shooting Range training mode is coming to Rogue Company. Everyone will have access to the new training mode, with every Rogue playable regardless if they the player has them unlocked or not.

Players will be able to test Rogue weapons, their abilities and improve their aim against moving or stationary targets. There will also be map ziplines so players can test their aim while using that feature.

Rogue Company has not had a leaver penalty feature until now. The new feature brings in severe penalties for leaving games, which only gets more punishing the more players leave or disconnect. Penalties can be issued to players who leave the game, disconnected for five minutes before the game ends, or AFK for two minutes. Players who meet the above criteria will receive a five-minute queue penalty before being able to queue again. This gets worse the more offences, with a second offence going to 15 minutes, third at 30 minutes and a fourth issuing a 4-hour queue ban. Players will think twice about leaving a game.

As for other quality of life changes, players will now have access to a refund button. If players accidentally bought wrong items in that buy phase, they can refund them. However, players will not be able to sell upgrades and purchases from rounds prior to the current one.

Several balance changes are coming to Rogue Company this patch. Several Rogues and gadgets are being buffed and nerfed, but not many are that big to comment on. The most notable of the selection is Scorch’s nerf. Her Burnout ability is going from a 15-second timer down to 10 seconds, minimizing her impact in her ability window. The nerf is needed, especially with how dominant this ability makes her. Also, Vy is receiving some buffs to her ability. Vy will now gain two health per enemy taking dot damage from her poisons.

Additionally, gadgets like the flashbang and smoke grenade are gaining some impact with the former getting a buffed radius and the latter getting earlier smoke deployment. These utility gadgets haven’t had that much of an effect in the game so far. The Vice update aims to make them much better, especially with how Vice plays.

The Rogue Company patch is relatively small, but there are a few more balancing notes to look at. Players interested at the remaining features can find the Rogue Company Vice patch notes here.