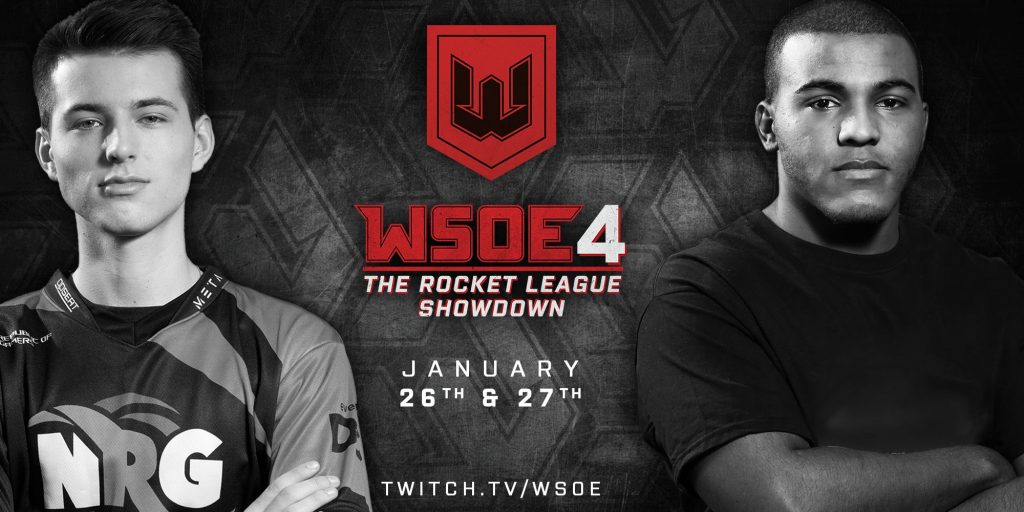 The World Showdown of Esports - better known as WSOE - is moving to Rocket League as the fourth game of the tournament series. Previous WSOE events featured Dota 2, Hearthstone and Fortnite, in that order.

The World Showdown of Esports – better known as WSOE – is moving to Rocket League as the fourth game of the tournament series. Previous WSOE events featured Dota 2, Hearthstone and Fortnite, in that order.

Each WSOE event is held in Las Vegas and the Rocket League event will be held at the PokerGO Studio in the ARIA Resort and Casino. There will be $100,000 in prizes on the line at the event.

As the offseason between RLCS Season’s 6 and 7 drags on, Rocket League fans will welcome the chance to see the top teams back on the pitch. All the best teams will be attending the event including defending champion Cloud 9, Season 5 champion Dignitas, NRG, G2, newcomer TSM and more.

This tournament is especially exciting for Rocket League fans because this will be the first time to see some of the top teams after major roster changes.

Dignitas, whose roster of ViolentPanda, Kaydop and Turbopulsa has attended the last three championships, has broken up as the team replaced Kaydop with young Austrian upstart Yukeo on January 17th.

In the same vein, G2 replaced longtime superstar Kronovi with Chicago, another young gun. Kro was one of Rocket League’s first stars but many felt he had taken his foot off the accelerator in recent seasons. At the age of 17, Chicago is a talented rookie who will join a top roster of Rizzo and Jknaps on the G2 squad.

The final team with major changes is Team SoloMid. TSM entered Rocket League in early January with a major splash. They signed a roster of Remkoe, a former world champion in Season 3; Metsanauris, who had a ton of top finishes with Method and EyeIgnite, one of the best rookies in 2018 and already a top EU player. This trio was playing without an organization in Season 6 and, under the name “We Dem Girlz” went all the way to the semifinals in the world championships.

Among the other top teams, JSTN, GarrettG and Fireburner will be representing NRG. Squishy, Torment and Gimmick are looking to follow up on their RLCS championship for Cloud 9.

The tournament will take place on January 26th and 27th and the stream will start with a preshow at 9:30 am PT on the 26th. You can see more in-depth previews of the teams on the WSOE website where they did team profiles of TSM, Cloud 9, NRG and Dignitas.

Rocket League
Share
Mitch Reames
Mitch comes from a background in sports broadcasting at the University of Oregon, while there he competed for the U of O Hearthstone team and saw the potential for content at the crossover of sports and esports. In addition to Hotspawn, Mitch writes for SportTechie and the National Football Post. Follow him on Twitter @Mitch_Reames.
Follow me