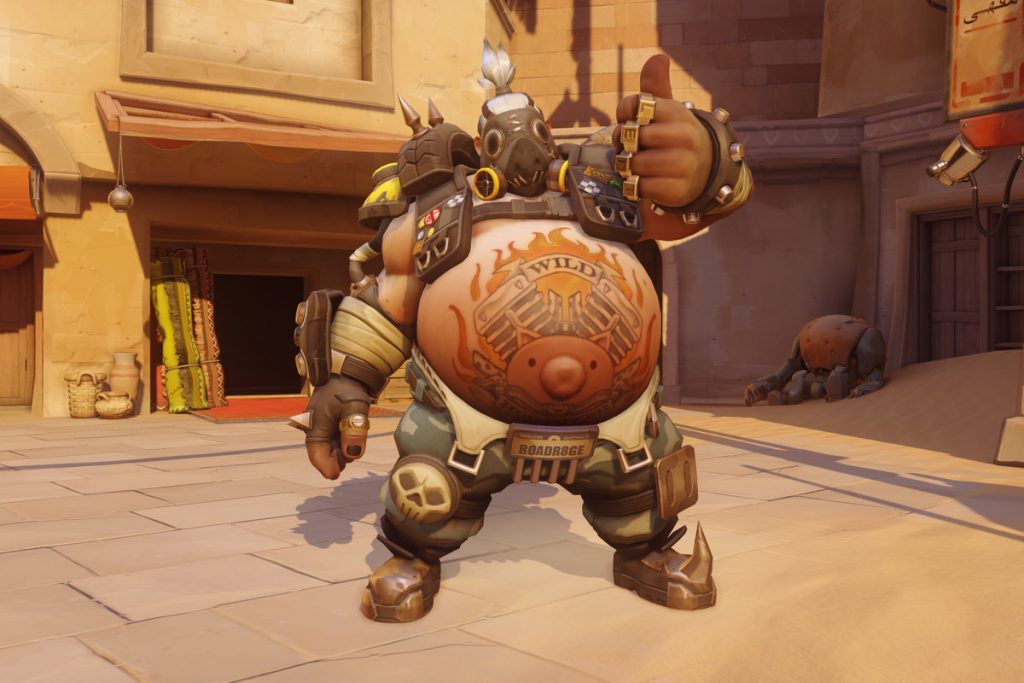 Roadhog is undoubtedly the biggest winner of the newest Overwatch patch.

Jeff Kaplan, Vice President of Blizzard Entertainment, announced that Mercy, Roadhog, Symmetra and Reaper will all be getting buffs in the newest Overwatch patch. Here is a quick breakdown of how these four heroes will be changing on the game’s test servers.

Undoubtedly, the biggest changes have come to Roadhog. The tank has been largely ignored in competitive play recently and was in desperate need of a buff to make him a viable pick again. Roadhog’s hook has been drastically altered, with a shorter delay between hook and pull, lower the hooked opponent’s momentum and changing the cooldown.

Roadhog’s scrap gun is now more accurate with a decreased randomization and his Whole Hog ult has had the recoil decreased.

“Roadhog is receiving several large changes to make his abilities more consistent. His Chain Hook had issues with breaking when enemy targets jumped or fell behind environment collision,” per the devs. “We’ve also moved some of the projectiles closer to the center of the spread pattern on his Scrap Gun, which gives him a more consistent damage output for its primary and alternate fire.”

Mercy’s patches are for Valkyrie, with the ultimate cost being reduced by 15% while the healing per second has increased from 50 to 60. Blizzard had initially nerfed Mercy’s healing output in the last patch but quickly went back on that.

“Mercy’s ultimate was charging a bit too slowly after her base healing was reduced in a previous update,” Blizzard said in the patch notes. “These changes should restore some of her ultimate’s strength and let it build up more quickly.”

Symmetra had a simple update, as her photon projector will now charge 20% faster than before. Though we all get frustrated as Symmetra mains, her inability to effectively defend herself when pushed made her completely one dimensional.

“By speeding up the primary fire charge rate, it takes less time to ramp up to its full damage potential and will be a stronger option when she’s presented with targets to charge up on,” per the patch notes.

Reaper mains will have more reason to aggressively attack opponents with the spread of his Hellfire Shotguns being reduced by 50% and his life steal being increased from 20% to 30%.

The patch notes point out that “The more consistent spread pattern and increase in healing from his passive ability will make him more capable of standing toe-to-toe with his enemies.”

What Do These Buffs Mean For You?

Obviously, Roadhog is the big winner from these buffs, as he now could become a useful champion in competitive play. With a more concentrated fire and a hook that has been tweaked for the better, he could become an interesting character in maps with smaller chokes points.

The other three heroes’ changes are not overly different than before. Mercy is closer to what she used to be, which means we might see more of her as opposes to Moira, Zenyatta and Lucio in competitive play. Reaper still feels like a bit of a niche hero, offering little aside from flanking enemies.

Symmetra’s changes will need to be seen. The turrets were not buffed, so that is a plus. There is no doubt her gun before was basically a peashooter but Blizzard continues to try and make it usable. A 20% increase is pretty hefty but we will need to see what exactly that means in play.