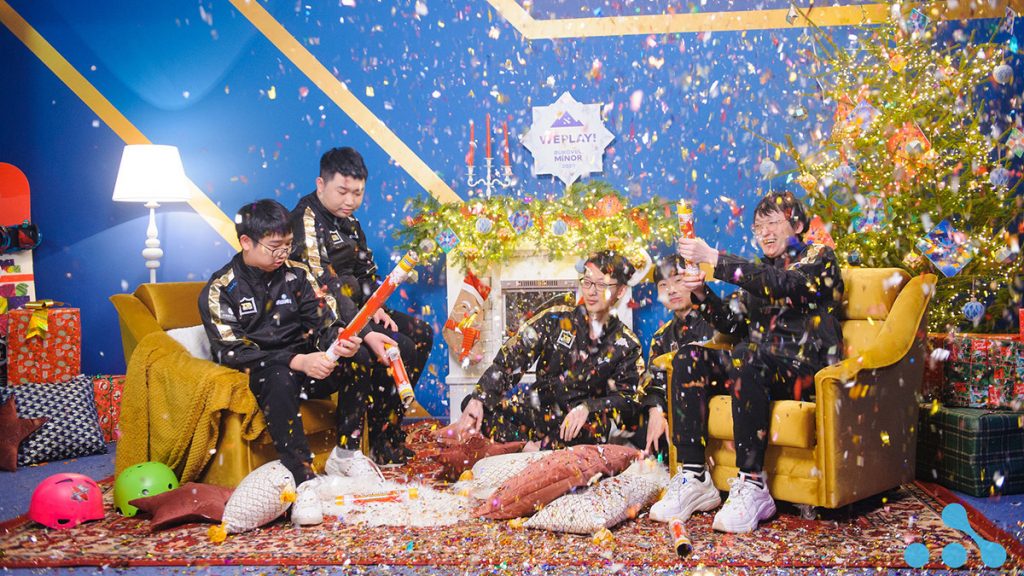 RNG, pictured during the WePlay! Bukovel Minor, said goodbye to offlaner Flywin after his trade to SAG. (Photo courtesy WePlay!)

Royal Never Give Up has been curiously absent from tournaments the past two months, but the organization clearly hasn’t been idle. On September 8th, the team announced a revamped roster on it’s official Weibo page. 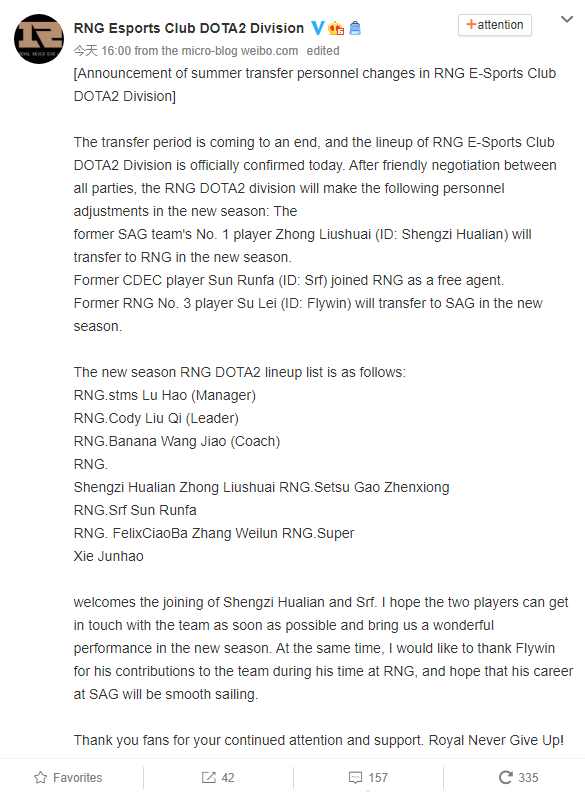 The first new face to the lineup is Zhong “圣子华炼” Liushuai. This talented carry player made a splash recently as a member of Sparking Arrow Gaming, the surprising up-and-comers who swept to victory at BEYOND EPIC: China. At that event 圣子华炼 (The God Son HuaLian) was a stand-out on Anti-Mage leading his team to victory with his incredible play. SAG would most recently take part in ESL One Thailand, sadly finding themselves eliminated in the lower bracket by Fnatic.

What a game from @FNATIC
They started off fighting an uphill battle after a rocky start in the game but managed to clutch it with a brilliant victory!

Fnatic advances in the lower bracket while unfortunately Sparking Arrow Gaming has been eliminated from the tournament#ESLOne pic.twitter.com/nB6Xs8vMZn

圣子华炼’s acquisition is a trade, which sees Su “Flywin” Lei head to SAG. This means SAG will now have a pair of offlaners on it’s roster, with Flywin likely returning to the primary carry role for the team. The move also fills the gap left by Du “Monet” Peng who left to join Team Aster at the end of last month.

The second “new” member for RNG is Sun “Srf” Runfa, who makes his return to the team. Srf had been an off-and-on member of both RNG and it’s sister team Royal. When the Royal stack departed the RNG mantle and founded the aforementioned Sparking Arrow Gaming, SRF spent just a few months on the team before moving to CDEC Gaming on a trial basis. However, after seven months that trial seems to be done.

In addition to the pair of player acquisitions, RNG took the time to confirm it’s current coach and management situation, reaffirming Wang “Banana” Jiao as their coach, after a period in early 2020 where the team lacked one. In late 2019, Xie “Super” Junhao had stepped down from coaching to return to the active roster of RNG. The full roster announcement is available on RNG’s official Weibo page.