RNG Dispose of EHOME for Grand Final Slot at ESL One 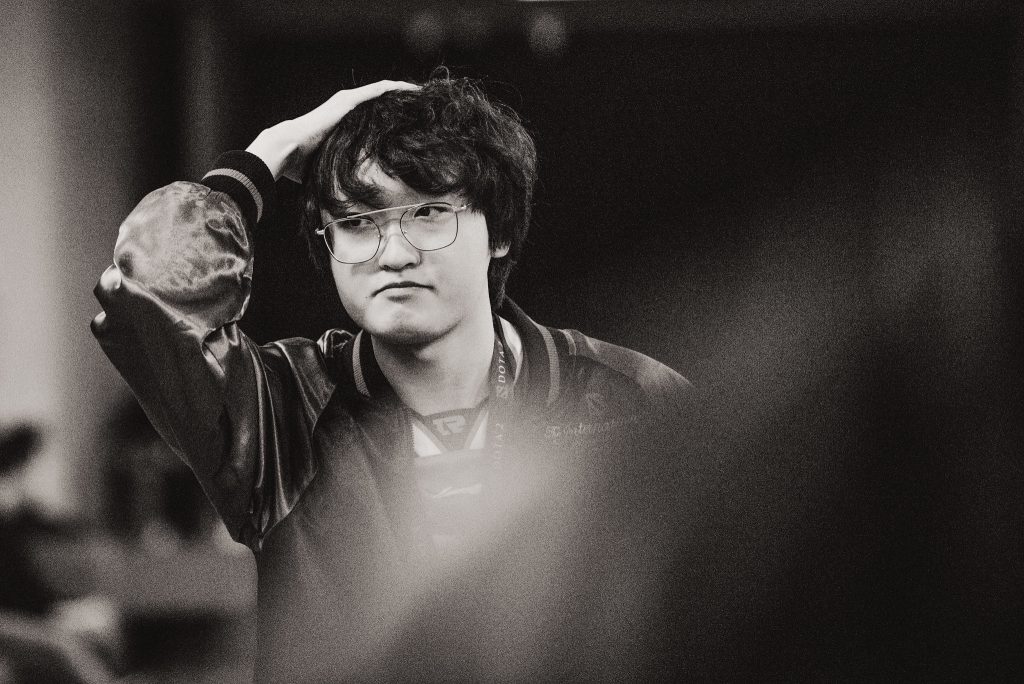 RNG took care of business versus EHOME, and have earned themselves a grand final appearance. (Photo courtesy Valve)

The keys to the kingdom are tantalizingly close for Royal Never Give Up, who have secured their place in the Chinese division Grand Finals of ESL One Los Angeles.

A spirited performance in their winner bracket match versus EHOME has proven that they truly are the team to beat within the region, and that any would-be challengers will have to bring their A-game (and then some) in order to defeat them.

The first game in the best of three series did not go in their favor, thanks in no small part to the flawless game by Liu “Sylar” Jiajun on Terrorblade. Clocking in at 729 gold per minute and getting huge items before the 25 minute mark, Sylar was just totally unstoppable. Of course, his mid laner Cheng “NothingToSay” Xin Jiang also contributed heavily as Pugna, dishing out tons of magic damage and keeping his teammates alive with Life Drain.

Seeing as how the game wasn’t very kill-heavy, EHOME were very content to sit back and have their cores farm up. That is, until the late game came around, which is when they finally decided to strike decisively. The sheer sustain brought about by Life Drain and the instant healing from Sunder was just way too much for RNG to handle given their underfarmed cores.

Taking the loss on the chin, RNG hoisted the white flag—making it seem like EHOME might actually take them down.

But then, Du “Monet” Peng and the rest of his squad decided to stop messing around. Drafting a very ultimate-dependent lineup consisting of Phoenix, Faceless Void, Outworld Devourer, and Lich, it was clear that they wanted teamfight power and lots of it. It worked out beautifully thanks to their clean execution, ensuring that the combo they had assembled landed as often as possible.

After taking too many losses in such a short period of time, EHOME found themselves staring down the barrel of an 8,000 gold net worth lead before 20 minutes had passed. This advantage grew to 11,000 by the end of the game, and there was nothing that EHOME could do to turn things around.

Smelling blood in the water, RNG kept the pedal to the metal in game three. Monet made sure to let everyone know that Lifestealer is still a viable pick in spite of the nerfs, going 9-1 with a 10 minute Maelstrom and 16 minute Heaven’s Halberd in tow. Gao “Setsu” Zhenxiong was also excellent in the final game as Templar Assassin, nearly cracking the 700 gold per minute threshold himself.

We should also mention Su “Flyby” Lei, whose Timbersaw play was crucial to RNG’s success. Purchasing the early Pipe of Insight helped protect his teammates from the heavy magic damage of EHOME’s draft, allowing them to come out on top in hectic engagements. He also led his team in terms of damage output even without any damage items of his own, thanks to his great positioning and fearlessness.

Though EHOME put up a valiant effort in terms of kills, the net worth lead was insurmountable by the mid game. With RNG and their absurd damage potential bearing down on them, EHOME decided to call it quits and try for the lower bracket instead.

RNG now await their opponents in the grand finals, giving them three whole days of rest and observation to work with. EHOME meanwhile will face the winner between Newbee and ViCi Gaming, which takes place on Friday.

Be sure to catch the first round of the lower bracket on ESL’s official stream. And as always, keep your eyes on Hotspawn for our coverage of the next playoff round at ESL One Los Angeles!