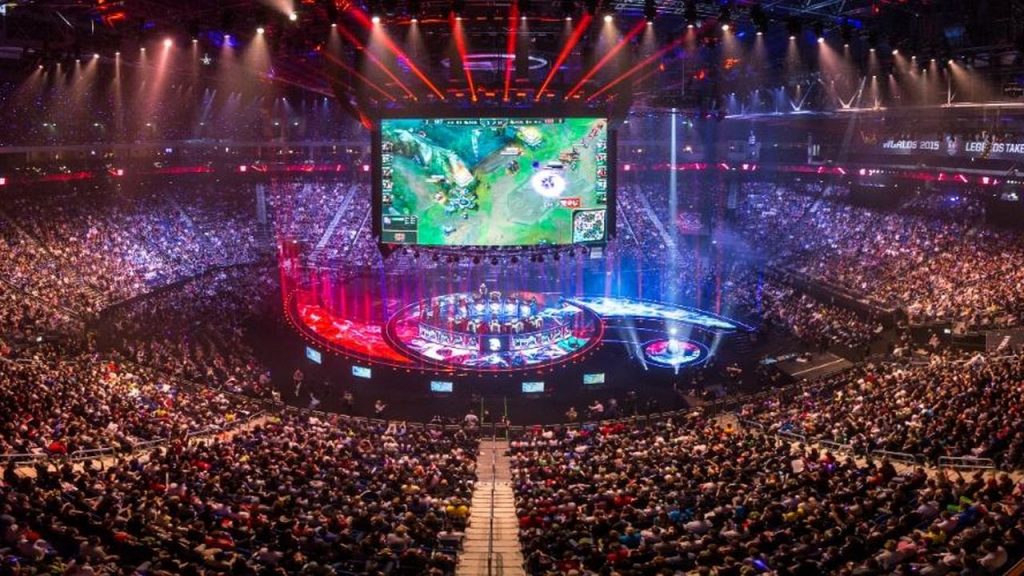 The arena will be nearly 57,000 sq ft and will house the LCK broadcasts as well as the play-in stage for Worlds 2018.

LoL Park in Seoul is now open to the media. The arena in Jongno-gu – a district in Seoul – is one of the most ambitious esports undertakings to date.

The arena is nearly 57,000 sq. ft. – according to Riot when the plans were first announced – and will house the LCK broadcasts as well as the play-in stage for Worlds 2018. The stadium will fully open in January 2019.

In addition to a revamped competitive stage that is similar in style to NALCS broadcasts, the arena also features a 100-seat PC bang, locker rooms and a café. Named Café Bilgewater after the in-game smugglers cove, hopefully, the café is a bit more inviting than Bilgewater appears.

This is what a match of #LCK or #Worlds2018 Play-Ins will look like at LoL Park arena! pic.twitter.com/8te0Go0fuy

Despite the NALCS and EULCS being under Riot’s control, the other regions have been broadcast by outside partners. Last November, Riot Games Korea took over production from OnGameNet and this arena seems to be the reason why. By bringing all production and venues in-house, Riot gains more control over the feel of the broadcast and the revenue stemming from the venue. At the time of the announcement, Riot made clear the company was not cutting ties with OGN but the companies role within LCK broadcasts is not immediately clear at this time.

While the venue seats 500, the stadium was designed mostly for the spectator experience on Twitch. Fans of LCK will get their first glimpse of the new home of the league on September 27th when Worlds play-in begins.

League of Legends
Share
Mitch Reames
Mitch comes from a background in sports broadcasting at the University of Oregon, while there he competed for the U of O Hearthstone team and saw the potential for content at the crossover of sports and esports. In addition to Hotspawn, Mitch writes for SportTechie and the National Football Post. Follow him on Twitter @Mitch_Reames.
Follow me