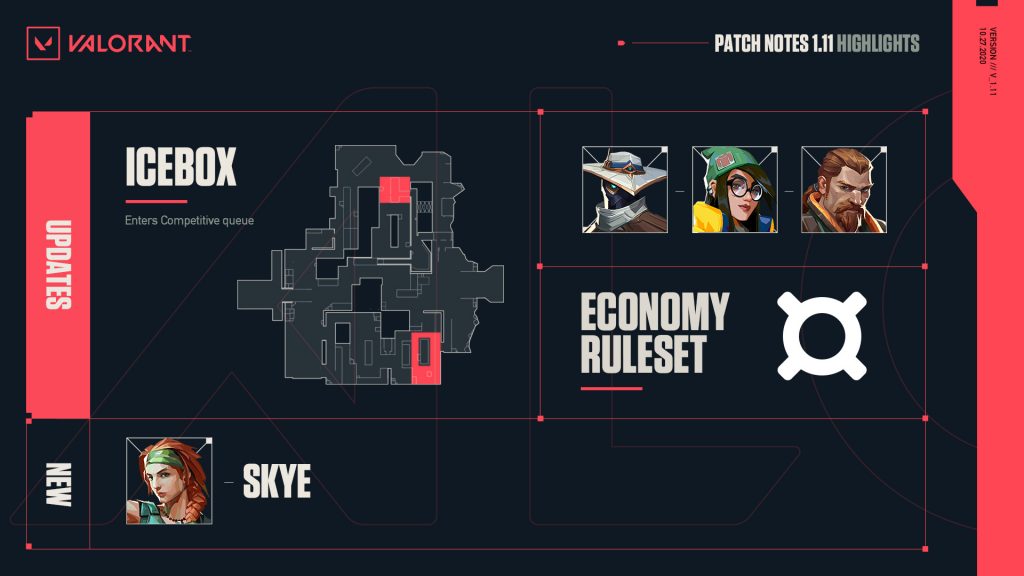 The patch will be reintroduced later this week. (Photo courtesy Riot Games)

Riot Games has rolled back Patch 1.11 for VALORANT in response to several new bugs and its negative impact on professional play. Players have experienced new glitches with several agents and older bugs that are still present.

Real talk: 1.11 has been a technical nightmare.

In 30 minutes, we'll be rolling back the patch for North America, Brazil, and LATAM (one at a time). We're also delaying all other regions until we get a fix. We know we've said this every patch, but thanks for sticking by. [1/2]

Patch 1.11 introduced Skye, the newest agent in VALORANT, and added Icebox to the competitive map pool. Several other Agents were also balanced and adjusted to make them more efficient in their appropriate role. However, the patch also introduced several new bugs that significantly impacted gameplay.

Reports of new bugs that cause certain abilities not to function correctly were widespread after the patch launched, and some professional players experienced the issues first hand. 100 Thieves player Joshua “Steele” Nissan experienced an odd bug that caused Sage’s player model to appear when walking through an Omen smoke.

The patch also impacted teams competing in the North American First Strike Qualifiers as they were forced to adjust to the changes in the middle of a tournament. This was a major disruption for professional teams, and the other technical issues introduced in the patch were enough for Riot to rollback patch to reintroduce it later this week.

Riot confirmed it will release the patch once they can figure out a “less disruptive time” and have solutions for the various bugs. Players who started the Skye contract will not progress until the patch is re-added to the game, so players should switch their contract to avoid wasting XP.

Patch 1.11 was introduced at a risky time and added several problems to VALORANT. However, Riot Games realized its mistake and has taken the proper steps to resolve the issues in a timely manner.