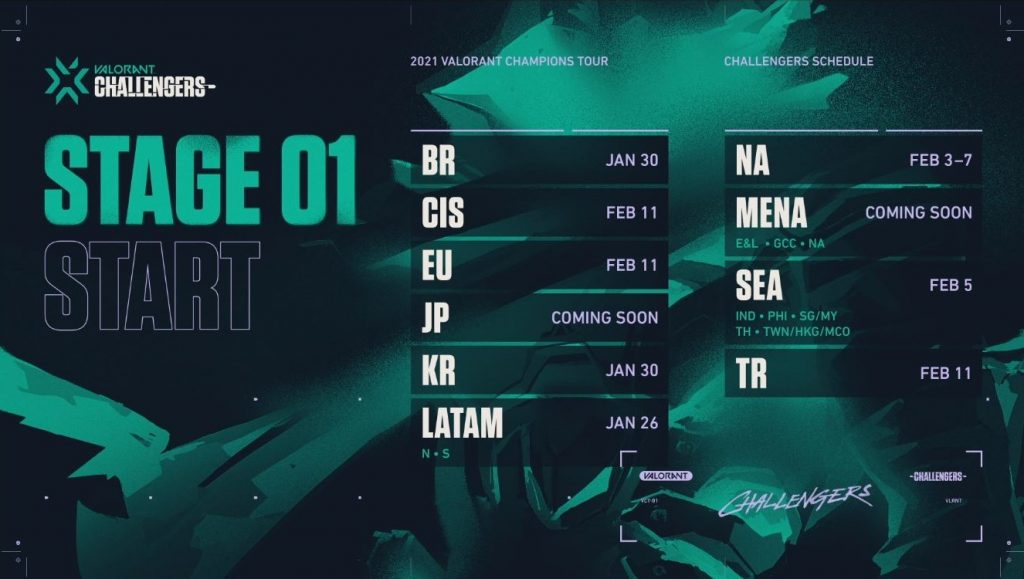 Riot Games has announced the dates of the Challengers Stage for the VALORANT 2021 Champions Tour. This is the first level of competition and will allow teams to compete in regional Challenger Events for a chance to advance to international Master events.

The Challengers event dates for the Japanese and MENA regions have not been announced yet, but players can expect the dates to be announced soon.

The Stage 01 Challengers events will help determine the best teams in each region. They will also create storylines as teams fight for their spot in the international Masters events. The top 16 teams in the world will move on to the Champions event for their chance to become the global VALORANT champion.

The VALORANT Champions Tour is the next step in the growing VALORANT esports scene. Riot previously teamed up with several organizations and event organizers for the VALORANT Ignition Series, followed by the first official VALORANT tournament, First Strike.

100 Thieves won the North American First Strike tournament, but that doesn’t mean they are necessarily the best team in North America. The other teams will have another chance to take the title as the best in the region and prove themselves on an international stage.

Fans can expect to see the new Agent Yoru in the upcoming Challengers events and see how the new Agent shapes the current VALORANT meta.