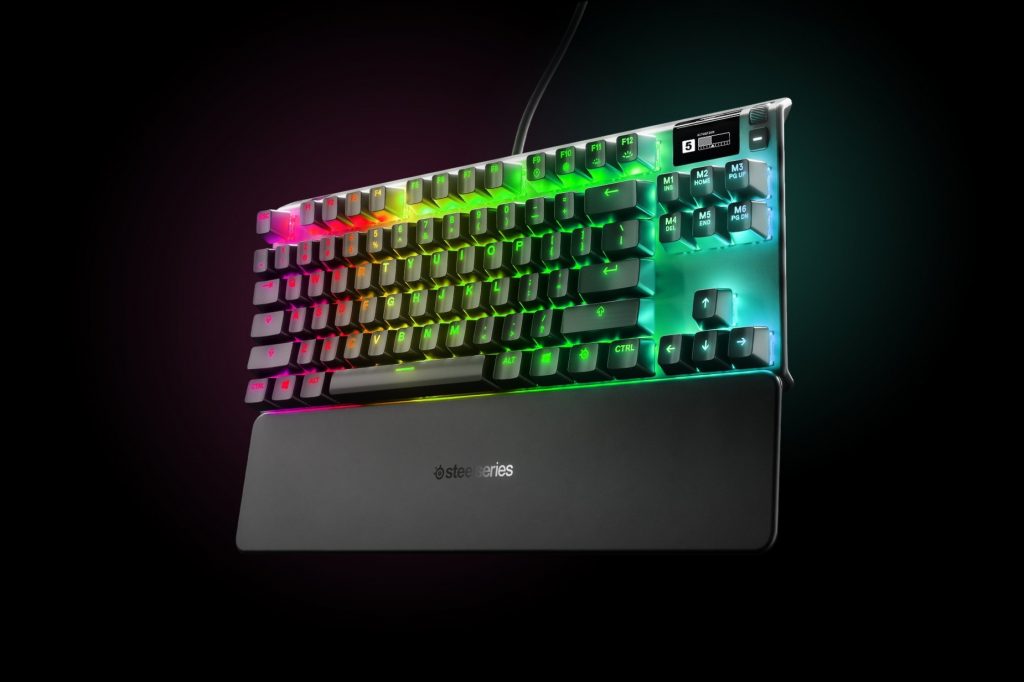 It’s not often that I can point to a piece of hardware and say “this will improve your performance in-game.” But, could the Steelseries Apex Pro TKL keyboard be one of those rare instances?

Cherry MX switches have long been the standard for most keyboard manufacturers, so when evaluating most keyboard purchases, you’re really just choosing between layouts and software. But with SteelSeries OmniPoint switches, that all changes. In a traditional mechanical keyboard, there are physical parts that click and slide together to close a circuit, delivering tactile feedback and registering the keypress.

OmniPoint switches are magnetic, and don’t just sense that a key has been pressed, but how deeply you’ve pressed it. Instead of having to push aside a piece of metal, the key is traveling through a magnetic field. If you’re playing a game, you want your buttons to register as early as possible, and you wouldn’t think that being able to move the actuation point out would make a meaningful difference, but it does. It really does. 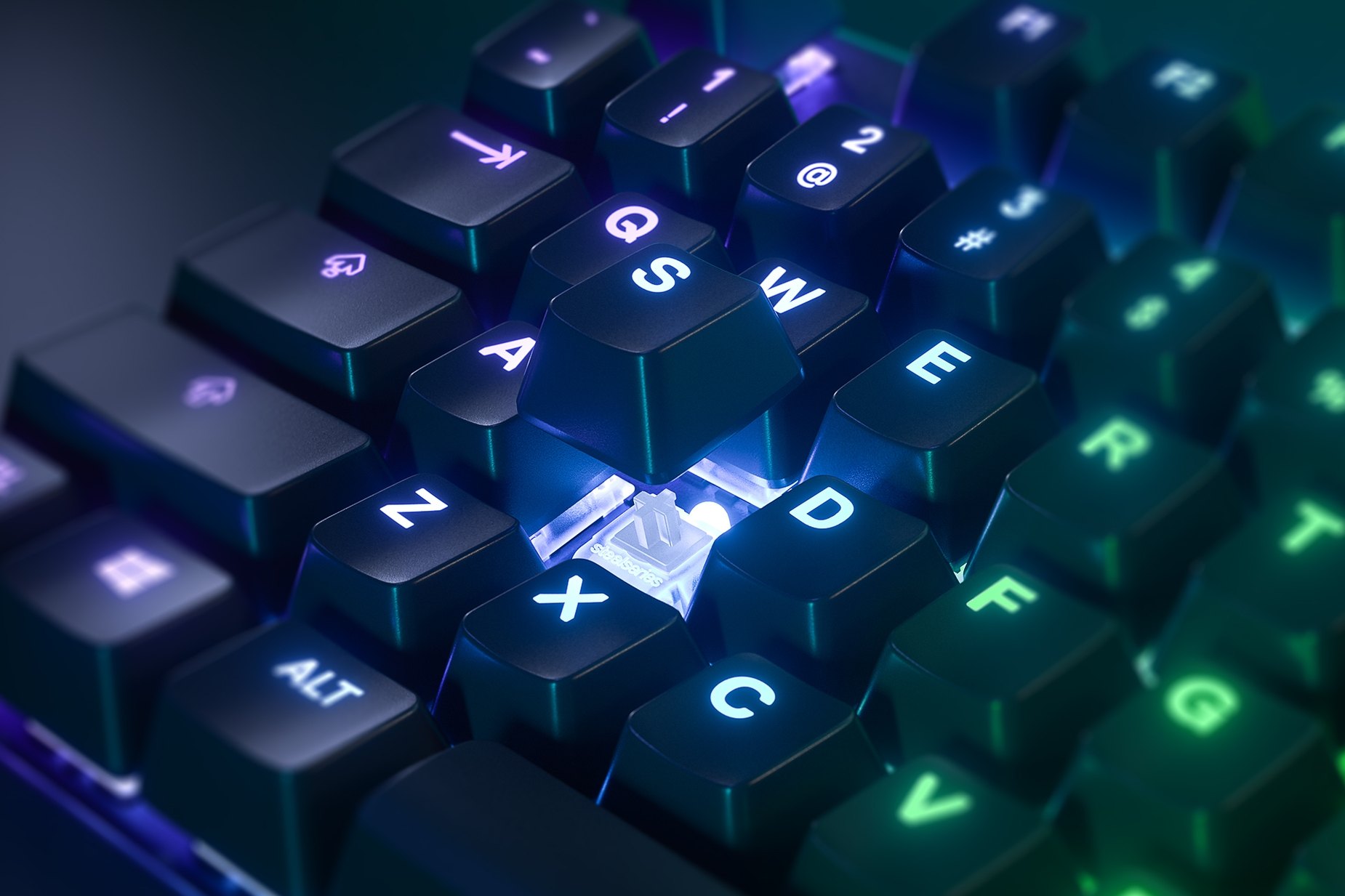 It honestly feels like my ping has dropped, and my skillshots and abilities are firing quicker.

The only other keyboard on the market with configurable actuation points is the Wooting, which uses optical depth sensors. Those switches feel good, and can be remapped as an analog input, but they’re still only available with a Blue-equivalent click or Red-equivalent linear key. What sets the OmniPoint switches above arguably their only competitor is the feel of the magnetic switch actuation.

The only other switches I can compare the feel to are Topre, the ultimate thirst-trap for mechanical keyboard enthusiasts. To get your hands on some of those, you’ll be throwing down at least $350 for a Realforce R2 PFU (or desperately trying to find stock of a Leopold FC660C). I abandoned my search for the perfect Topre keyboard when the Apex Pro TKL arrived. 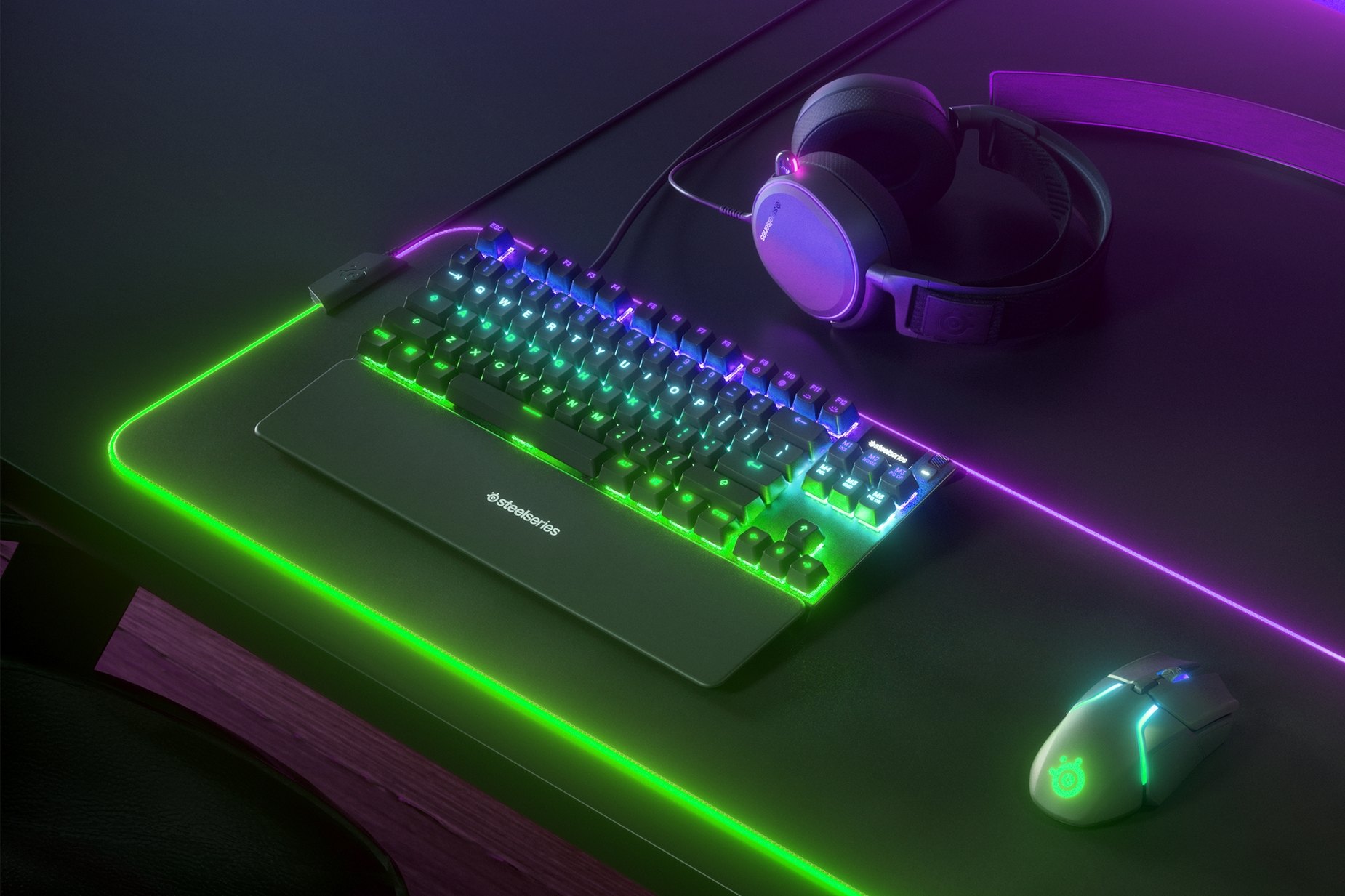 Of course, there’s more to a keyboard than just the switches. The design of the keycaps feels better than the Corsair K65 and the Razer Blackwidow X/TE. The wrist-rest is magnetic for easy removal, which makes it easy to create additional desk space to eat, then get back to work. The standard selection of media keys has been mostly removed, leaving only a volume roller that can be pressed to mute, and a play/pause button in the top right corner. Initially, I was hesitant about this, but quickly found I didn’t miss them.

SteelSeries Engine 3 management software is easy to use and lets you configure switch depth per-key, lighting, macros and everything else you’d expect. All settings are able to be profiled, so it’s trivial to switch back and forth between a gaming configuration and something better suited to typing.

Aesthetically – it’s beautiful, and the default color schemes are a refreshing tone shift away from more traditional aggressive RGB schemes, but you can customize the lighting per-profile if the standard presets aren’t to your liking. And if you want an animated gif of a cute cat playing bongos, you can have that too.

All that said, at $200, it may be too spicy a meatball for some, but it’s difficult to argue that there’s any real competition on the market. Topre keyboards give you the feel but not the depth-adjustability. Wooting keyboards give you the depth-adjustability but not the feel. Either trade-off sacrifices something, and they’re sacrifices I’m not willing to make.

When a manufacturer sends me a piece of equipment to review, I use it for two weeks then give it away or sell it. If I really like it, I’ll keep using it. But occasionally, if I absolutely love it, I’ll buy another one for home. My second SteelSeries Apex Pro TKL arrives next week.