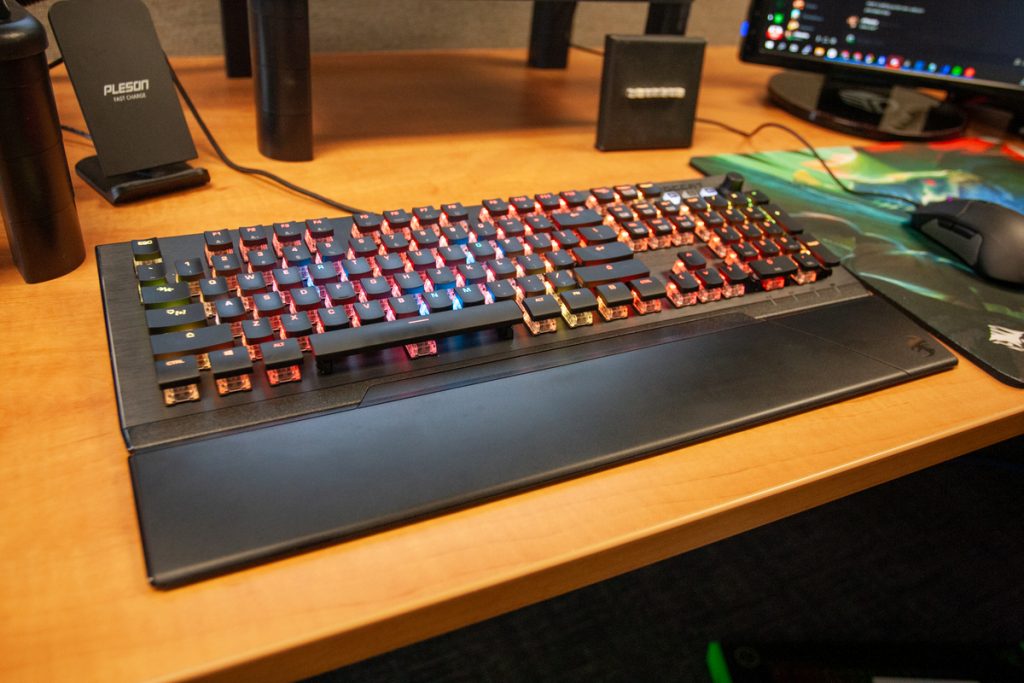 Finally, a keyboard that’s different. There are a lot of good keyboards around, but as I’ve lamented before, there’s often very little to differentiate between them. For some, it’s the switches, and for others, it’s that they’re pink. But for the Roccat Vulcan 121 AIMO, it’s .. well, it’s a little bit of everything.

Visually, it immediately strikes you as unlike anything else, with raised, flat, thin caps rather than the deep, long ones that populate most keyboards. The new flat-top cap style allows light to easily disperse across the board, allowing the lighting effects to be more free-flowing than most keyboards. The way the RGB lights cast their field is truly different to any other keyboard I’ve used, and I love it. 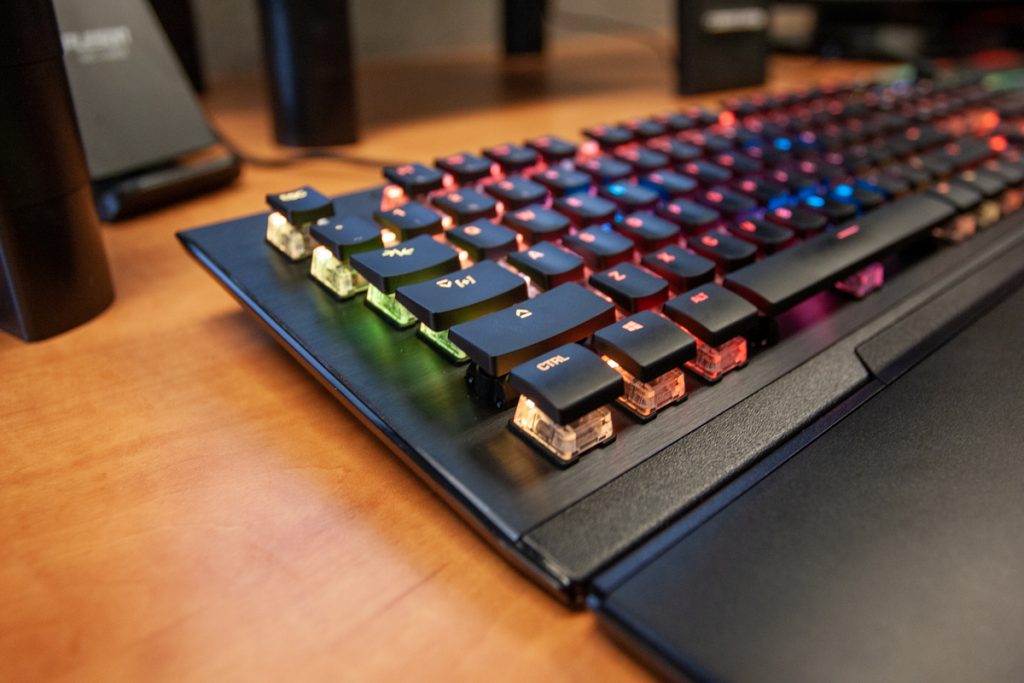 But RGB is only as good as it’s software, and Roccat has come through with the goods there too. Although it’s not perfect, the Swarm software used to update and configure their equipment is easy to navigate, easy to use, and within minutes I was able to customize my macros, adjust the lighting, and change various behaviors of the keyboard. After experimenting with some standard layouts, I eventually settled on the dynamic lighting mode. I couldn’t exactly tell you how the dynamic mode works. It’s not like the Element Whirlwind FX or Logitech dynamic lighting that directly reflects what’s on the screen. It seems to be a combination of screen contents, speed of typing, and maybe several other things. In a blistering tornado of typing trying to rush out a draft before the end of the day, the lighting began to pulse and glow red as if superheating in response to my furious assault of keystrokes. I’m not exactly sure how it does it, but it managed to consistently pump out fresh looks for my desktop that felt good.

Swarm isn’t perfect, but in the scheme of keyboard management packages out there, it’s one of the better ones. There are some truly baffling options — would you like it to play typewriter key clicks as you type? No? Great, you’re normal and not weird. Would you like to enable options that your keyboard doesn’t support? You can do that too, it just won’t do anything. Very strange. But small oversights aside, the experience is far more user friendly than many other similar software packages.

The extras are top-notch as well – the media controls are copied almost exactly from high-end midi controllers. The buttons are a soft rubber with a low actuation that light up when pressed, and the volume knob feels satisfying and precise. The wrist-rest detaches almost instantly. This too doesn’t sound like a big deal, but if you want to make use of your desk without moving your keyboard, the ability to instantly make space for electronics (or a burrito) is a fantastic user experience point. It sounds silly to heap praise on this, but it’s just another way that Roccat has differentiated the Vulcan 121 AIMO. 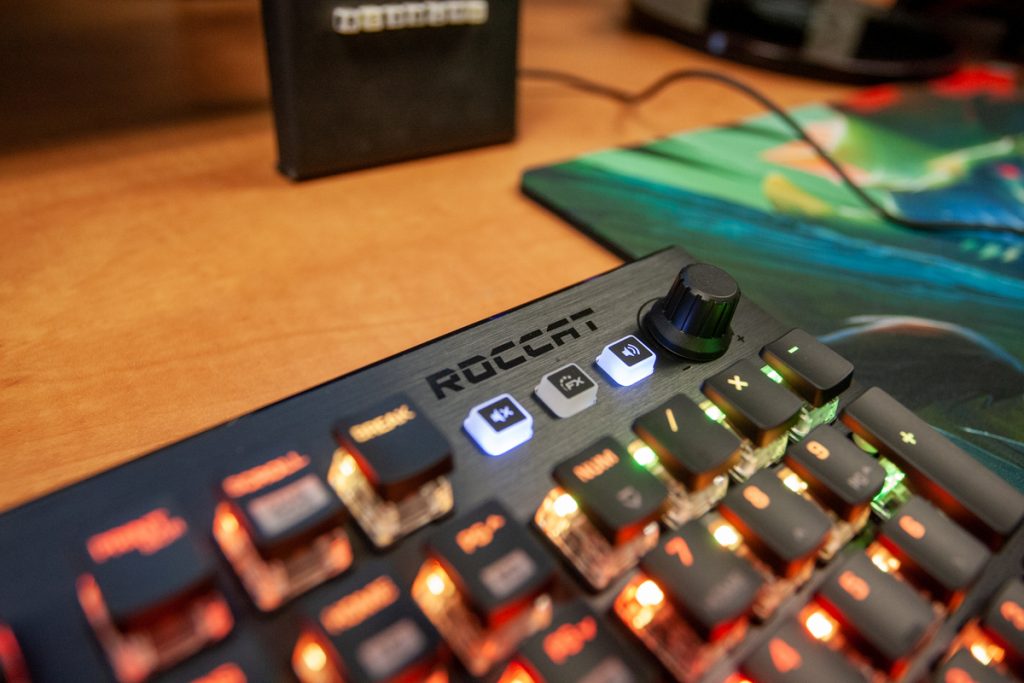 And of course, since we’re talking about differentiation, I’d be remiss not to add that the Vulcan 121 AIMO uses proprietary ROCCAT Titan keyswitches. They feel similar to Razer Green switches, but with a different resistance profile, a different audio note, and with a little more precise feedback. Typing is fluid, accurate, and easy. They’re not linear, and have a defined click point, but the feeling of the click point being overcome is much better than I expected when I started using it.

But now, after three weeks, I’m sold on every aspect of the Vulcan 121 AIMO. Usually I give each keyboard two weeks in the saddle, but this one got one extra – not because I needed more time to form an opinion, but I just didn’t want to give it up. This was a full-sized keyboard too, and not the TKL layout that I prefer, so it says a lot that I consciously wanted to keep using it.

This one gets a big strong RECOMMEND from me.