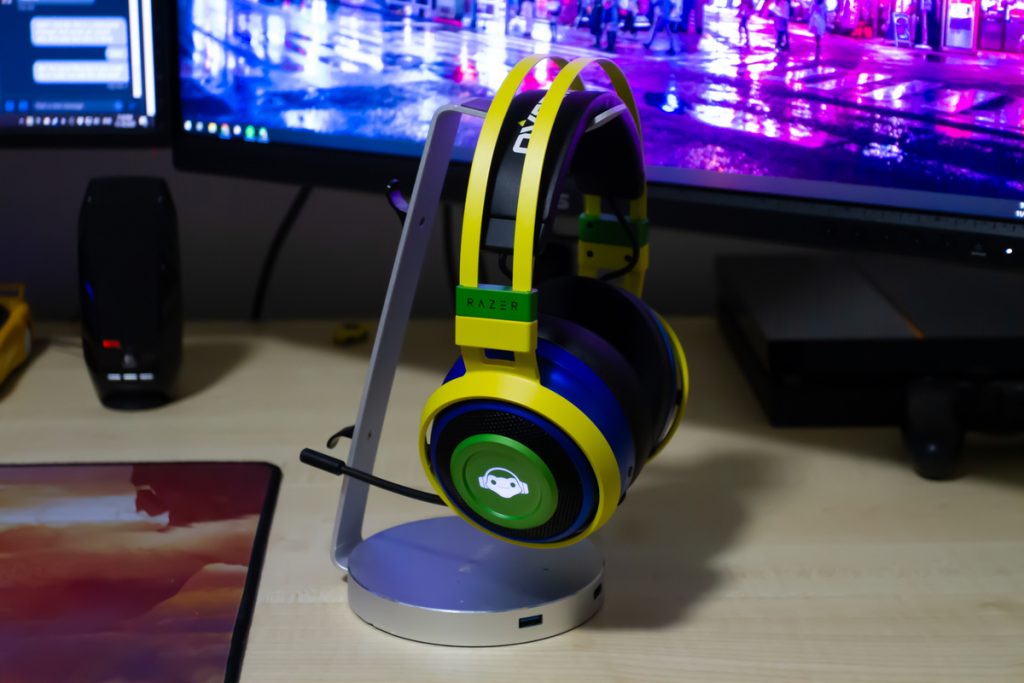 Compared to the Kraken series, Razer's Nari Ultimate is a major upgrade.

I mention that off the bat because anyone who’s followed my reviews knows that I generally do not like Razer headsets. Every version of the Kraken, and every derivative of it, suffers from the same lackluster audio and the same design problems, but the Nari Ultimate could be the saving grace of the product line.

This thing is packed with features. Like the high end SteelSeries headsets, it has a separate audio device in Windows for Game and Chat audio, letting you separate your calls from your system sound and balance between them when one is too loud, or too soft (or to simply mute your teammates when they’re being dicks). 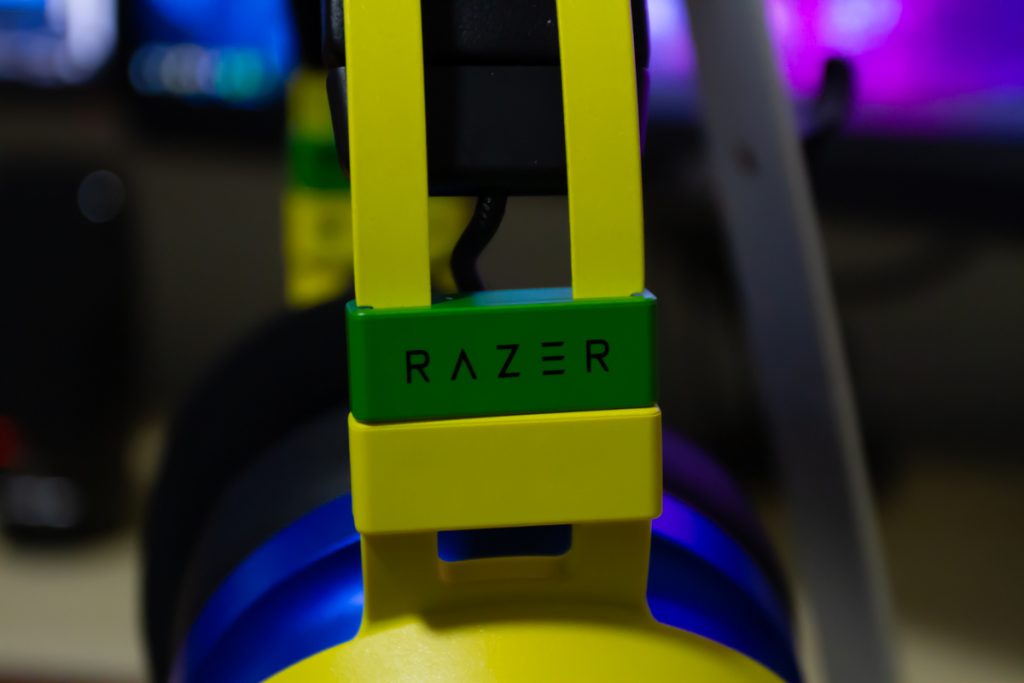 The big selling point is the haptic feedback, which is basically a subwoofer for your head. It’s not great for music, but in games, you get a very immediate kick from explosions and gunfire. This may sound kind of silly, but consoles have had controller vibration and rumble as a feedback mechanism for over twenty years. This is something ubiquitous that PC players have missed out on for years.

But features are nothing without the ability to customize them, and the Razer Nari Ultimate delivers on that front too. While I’ve been a vocal critic of the Synapse software in the past, the configurability the Nari Ultimate has in Synapse is quite frankly spectacular. Every feature and every behavior that this headset has is configurable and tunable. Finally, Razer has given users the power to tune their headsets exactly to their liking.

You can tune the EQ, mic feedback, mic background noise cancellation, haptic feedback, lighting, sound effects, power saving, and just about anything else you can think of, and some of these options are even able to be switched on per-program that’s using them. Want your music one way but your games another? The Razer Nari Ultimate can do that. I’ve never seen any other headset be able to make that kind of differentiation between audio sources, and it’s seriously impressive. 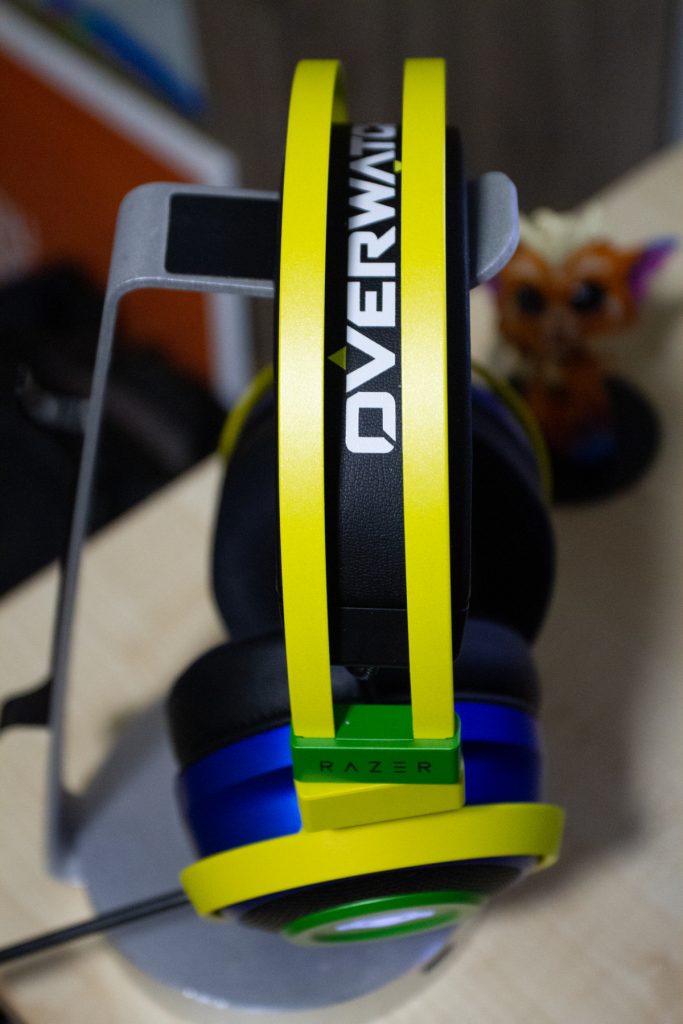 The sound quality out of the box is better than I’d expect for a Razer headset, and if you’re willing to spend the time tuning (which I am) you’ll be able to wring a few more points of performance out of the drivers. They don’t sound quite as good as some of the other headsets in this price range, but I’m willing to forgive that for the features. I also didn’t need to mess with the settings very much to get it into a place which I was happy with – a welcome relief, considering how prone I am to going down a tuning rabbit hole.

With all these features running constantly, I expected the battery life to be in the toilet, but that’s not a problem either. Some auto-shutoff algorithms on wireless headsets simply wait for sound to stop happening, which if you have Discord open, might not actually ever happen. I’m not actually sure what specific set of circumstances triggers the auto-shutdown, but unlike some other wireless headsets I’ve used, it always turns itself off correctly when I’m not using it, which is absolutely critical – there’s nothing more annoying than coming back and finding out that you need to plug in while you’re trying to join a call. If you do run out of battery, it still works while charging, so you can just plug in the included USB cable and be back up and running.

I’ll stop fawning though, because it’s not all good – this much power and drive from a headset means that the retractable mic can actually pick up sound from the headset itself with the volume up, so be aware of blasting music in your ears while you’re on a call may result in your friends asking you to please stop looping K/DA. This problem is amplified by the haptic feedback, so you may need to consider enabling that specifically for gaming sessions. 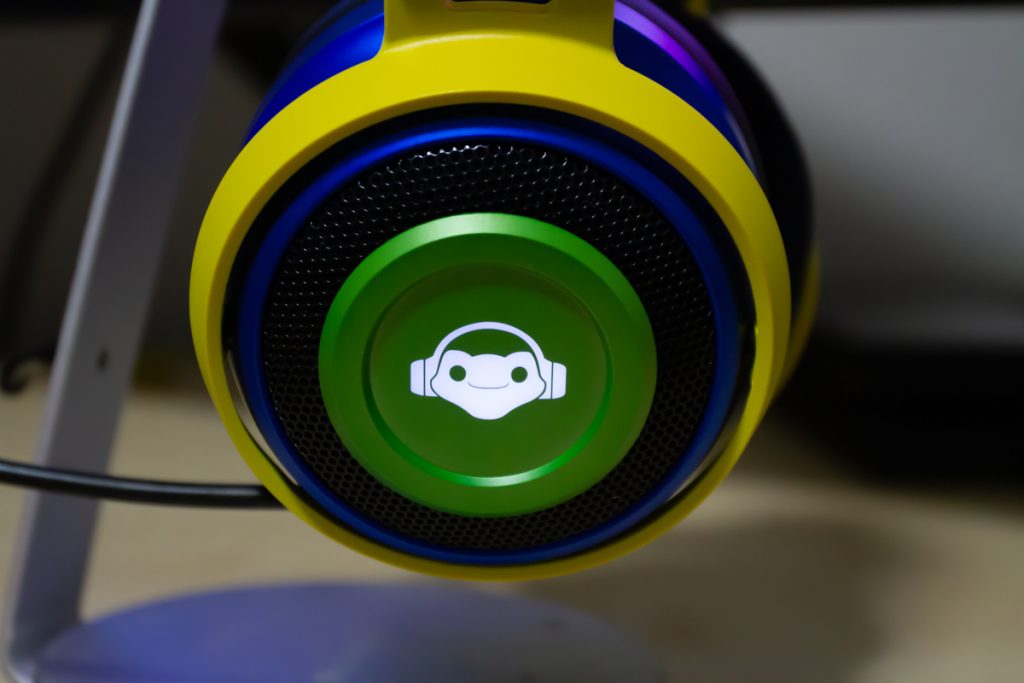 There’s a running joke in the office that every Razer headset is broken, and that’s because most Kraken-inspired designs are simply not good. They’re flimsy, they don’t fit well, they sound average at best, and you can’t do anything about it because they’re passive. But Razer has attacked all of these fronts – between small improvements to the physical design, new features, and the stunning array of configurability options, every complaint I’ve had about Razer headsets has been addressed.

The last good headset that Razer made was the Manowar Wireless in 2016, and for the past four years there’s been nothing particularly of note that I’ve wanted to recommend to anyone. But now that they’ve officially stopped phoning it in, I’m optimistic about the company’s future in audio, and even more excited for the much-anticipated Blackshark V2 headset.

All aboard the hype train, toot toot gamers.