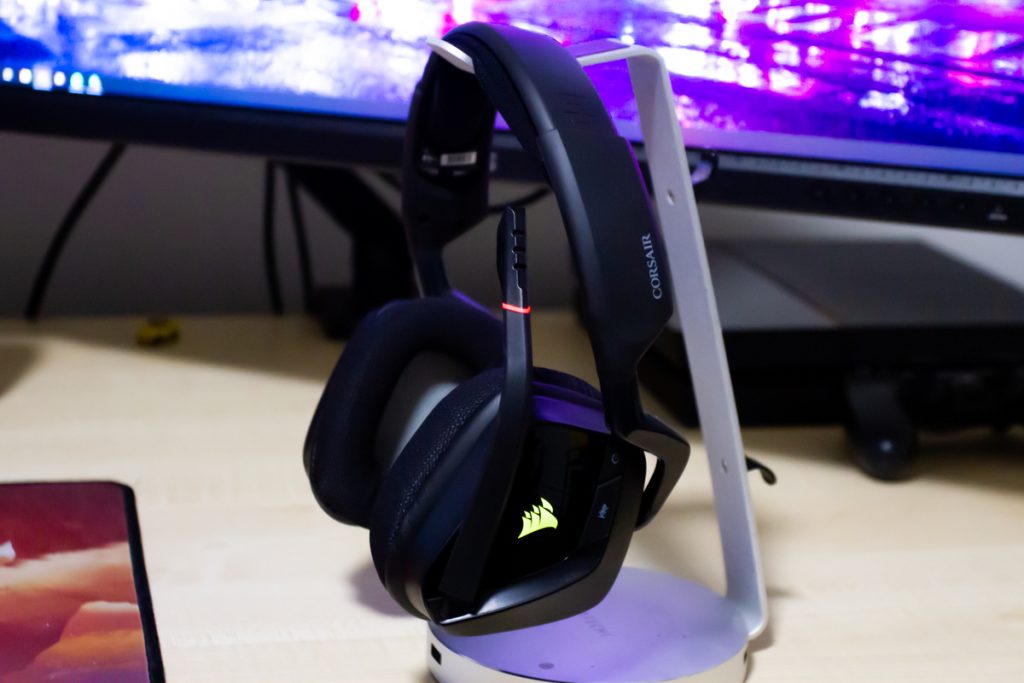 Corsair's Void RGB Elite Headset is a great find for the price, but it's riddled with software issues.

The Corsair Void Elite RGB is by far the most “gamer” headset I’ve used this year. With pointy angles, a punchy sound, and RGB lighting, it casts no allusions as to its gaming focus.

The style is unmistakably futuristic, with elements of D.Va’s headset in Overwatch made functional. As with other Corsair devices, you can customize the lighting in the iCue software, so streamers and video chatters can double down on their aesthetic.  Audio-wise, the sound is surprisingly good right out of the box – most headsets in this mid-range need EQ adjustments to get a decent audio response, but the default settings of the Void Elite RGB are almost exactly right. The quality isn’t quite as good as some of the higher-end headsets like the Virtuoso, but only slightly, and overall I was satisfied with what I could get it to do.

The fitment is by far the lightest touch of any headset I’ve used. It sits gently off the ears, and the pads on both the ear cups and the band are extremely soft — a welcome change from the Virtuoso’s firm, unforgiving pads. However, it comes at a trade off. Being softly fitted means there’s not a whole lot holding it to your head, so if you’re particularly animated, or like to stand up and walk around a lot, you will find it sliding around on your head. It won’t fall off, but needing to reposition it can get annoying over time. The lack of pressure also means there’s almost no isolation. Despite being a closed-back headset, sound leaks liberally through the pads, meaning everyone around you will be able to clearly hear what you’re listening to, and you’ll still be able to hear everything around you. 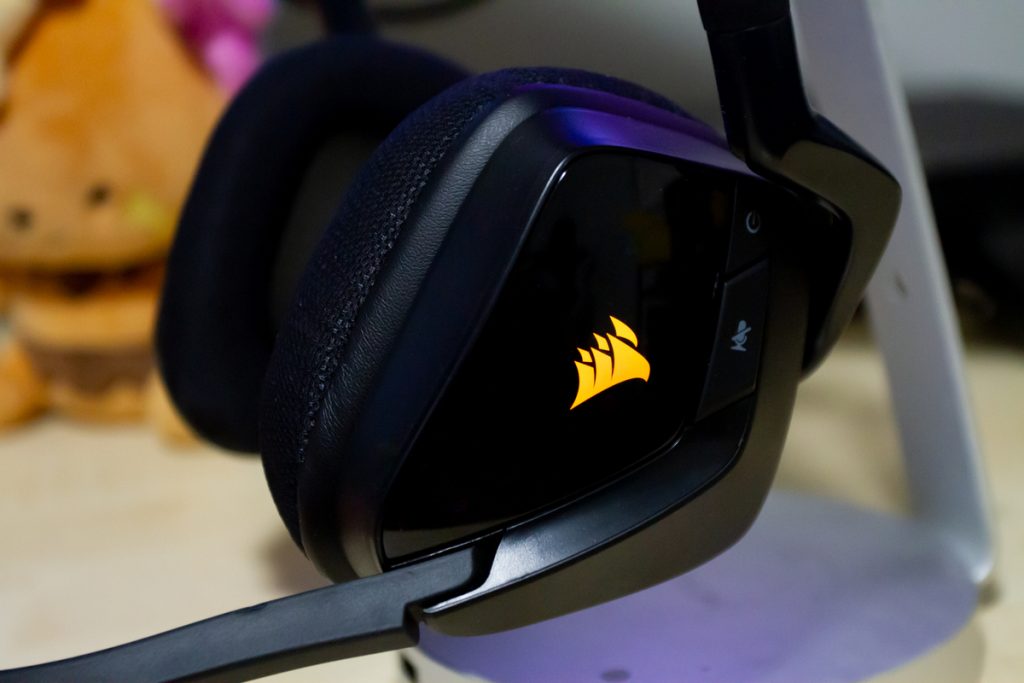 The boom mic on the Void RGB Elite can pivot up and out of the way, which automatically triggers the iCue mute function, which is a welcome change from some more difficult to mute headsets, but this is also where the problems begin.

Because it triggers many of its functions in software, it is also inextricably tied to its software, and Christ is it bad. Irredeemably bad. The headset will speak into your ears to let you know that you’ve muted it, and you’ve disabled mic sidetone, one after the other, then tell you again when you bring it back down.

“Microphone muted. Microphone sidetone disabled”. It takes a few seconds to play the whole voice line, making it super interruptive if you’ve trying to mute quickly to cough, or have a quick word to someone while you’re on a call. And it will do something like this for every function.

“Well, if it’s that bad, why not just disable spoken feedback?”

Great question. It turns out, there’s a pretty bad software bug that causes the headset to fail to detect that it’s still being used, and trigger an auto-shutdown. At random points, it will tell you that an auto-shutdown is going to occur in a few minutes, and then cancel it a few minutes later. Sometimes it actually goes through with it. I could just disable the auto-shutdown, but now I will have disabled several major features to work around lack of iCue configurability and bugs. A quick google reveals that I’m not the only one, and no amount of updating or downgrading firmware seems to make a difference.

The problems with the software don’t stop there, either. The 7.1 surround option is full of audio artifacts, it sounds like a swirling headache. While it’s not uncommon for these kinds of spatial decoders to come with a mild quality hit, this one is so bad it’s unusable. There’s also an audio positioning feature, which is supposed to do roughly the same thing, but it straight up does not work. And like all iCue powered devices, the controls and configuration are inexplicably set across two separate pages, and there are way too many clicks required to tell you how much battery you have left.

I hope that Corsair can invest in fixing these behaviors, because I genuinely love this headset. It’s got a great look, it’s cheap for the features/quality, and I love the gentle, accessible fitment, but if you decide that this is the headset for you, be aware that you WILL have to turn it off when you’re finished using it, because you absolutely must disable auto-shutdown.