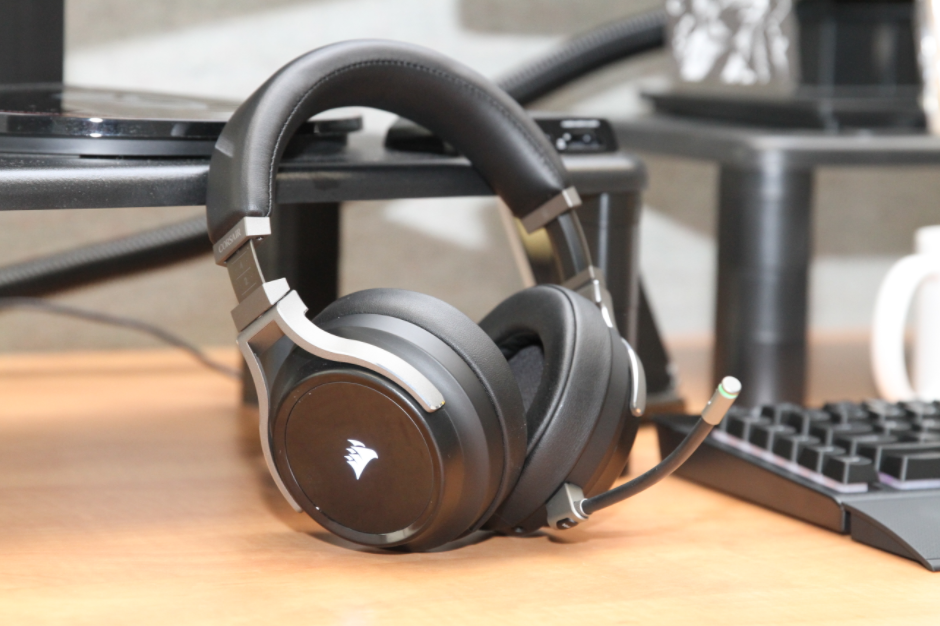 It’s hard to do wireless headsets well. For a long time, there weren’t really many good options. They either broke easily, sounded awful, or had abysmal battery life. However, in the year of the Dark Lord 2020, all that has changed. Technology has leapt forward, and there are now a myriad of choices as to where to spend your hard-earned cash.

At $179.99, the Virtuoso RGB Wireless is firmly in the upper bracket of wireless headsets. With 50mm drivers, 20 hours of battery life, and a detachable mic, it certainly deserves the price tag. But if you’re looking at headsets that are nearly $200, you’re looking for quality, and there’s plenty of quality to be found here. It’s not perfect by any means, but in this price range, you’re still making trade-offs for what you care about.

It absolutely looks the part of a high-end headset. Far from the “Gamer Styles” of some of the competition, the Virtuoso’s look is more in line with high-end audio devices than most headsets that have “RGB” in the name. The construction is solid, and between the metal trimmings and faux-leather, I love the visuals. 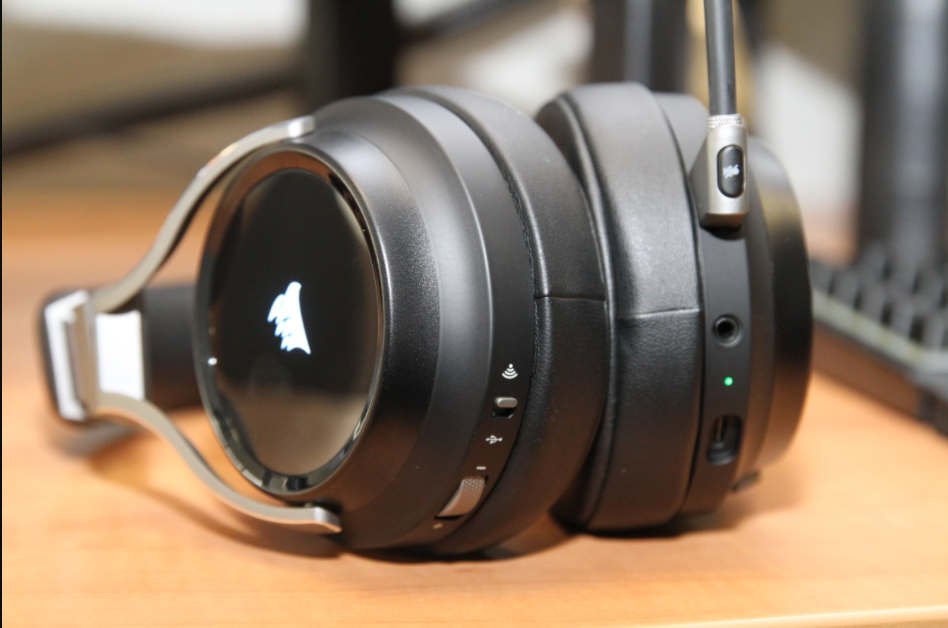 The ear cups are soft, although there’s not the most room inside – my ears touched the inside of the cup. This didn’t actually cause any comfort issues though, unlike the headband which is surprisingly firm. It became uncomfortable quickly, and in a few hours had descended into actual pain until I found the right spot. This was a surprise; these kinds of headsets usually prioritize comfort over everything.

You can bypass the wireless completely by plugging in with USB, or by 3.5mm – the connectivity options are impressive, and I found the audio quality best via USB.

As the name suggests, the Virtuoso fairs better with music than many other gaming headsets. It’s a clear upgrade from all of the Razer Kraken variants, but less good than the Logitech Pro-X. Overall, it’s about on-par with the SteelSeries Arctis 7 – above average without being stunning.

The sound is pretty solid – low mids and bass can be a bit weak, but with a fairly high volume output, it’s easy enough to use the EQ in the Corsair iCue software to pull a sound you like, be that bassy, flat, or punchy.

That brings me to the Corsair iCue software, which is required to manage all Corsair gaming accessories. It’s extremely powerful, and there are tonnes of options for how you want to configure all your devices – light, sound, power, auto-shutoff, macros, et al. The organization and layout of iCue is a little strange. It splits “configuration” functions from “settings” functions whilst not clearly delineating which belongs in each. It took a while to get used to which options were on which screen. 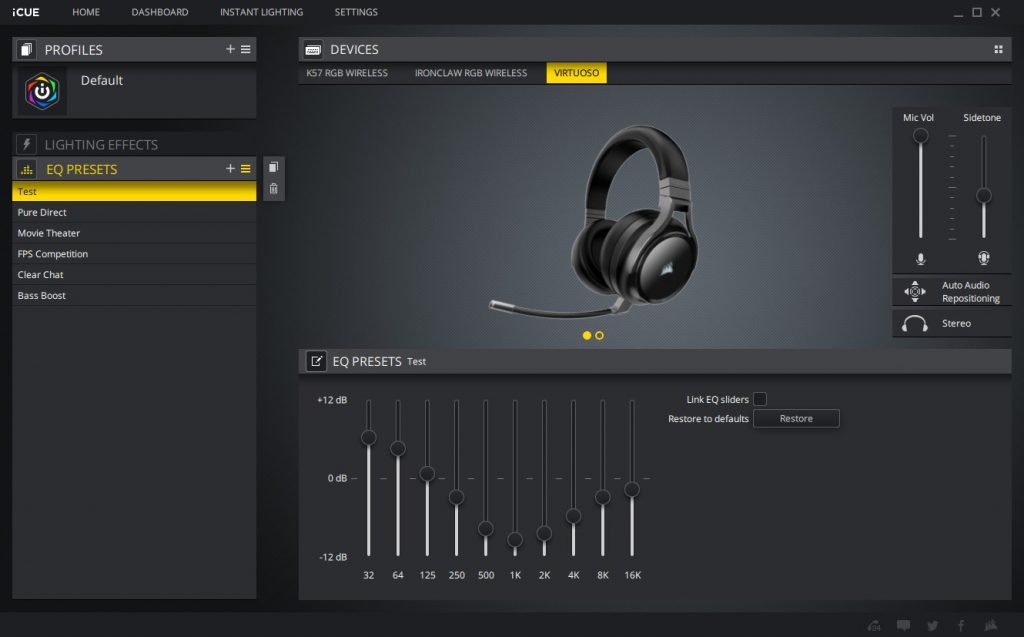 While it’s not as bad as the Razer Synapse suite, it’s not as good as the SteelSeries Control Center, and you will need to use it to make EQ changes (which if you’re buying this, you should).

By default, the Virtuoso will audibly tell you what it’s doing – powering on, powering off, mic on, mic off, mic feedback on, mic off. This actually works really well, which I was surprised about considering that some other implementations of spoken status updates can be *really* annoying.

Wireless range is excellent. I was able to walk all the way around the office and almost be out the front door before it disconnected – close to 25 meters, and past line of sight. Unlike other wireless headsets, it takes a long time to reconnect after it comes back in range, so if you’re planning to be walking in and out of range a lot, that may become annoying. For the most part, it wasn’t an issue.

Battery life was fantastic. I happily used it all week without a single charge, and when it did finally audibly tell me the battery was low, I was able to just plug it in and keep working.

The only performance function that’s actually not good is the mic. People on calls described my audio as ‘crunchy’, and it was obvious that I had changed headsets. There were still no issues with understanding what I was saying, and voice is conveyed clearly enough, but like most gaming headsets, the microphone is not suitable for streaming, and streamers should stick to their existing desktop microphones. You can’t retract the mic either – it plugs in, and if you want to remove it you’ll need to store it somewhere. 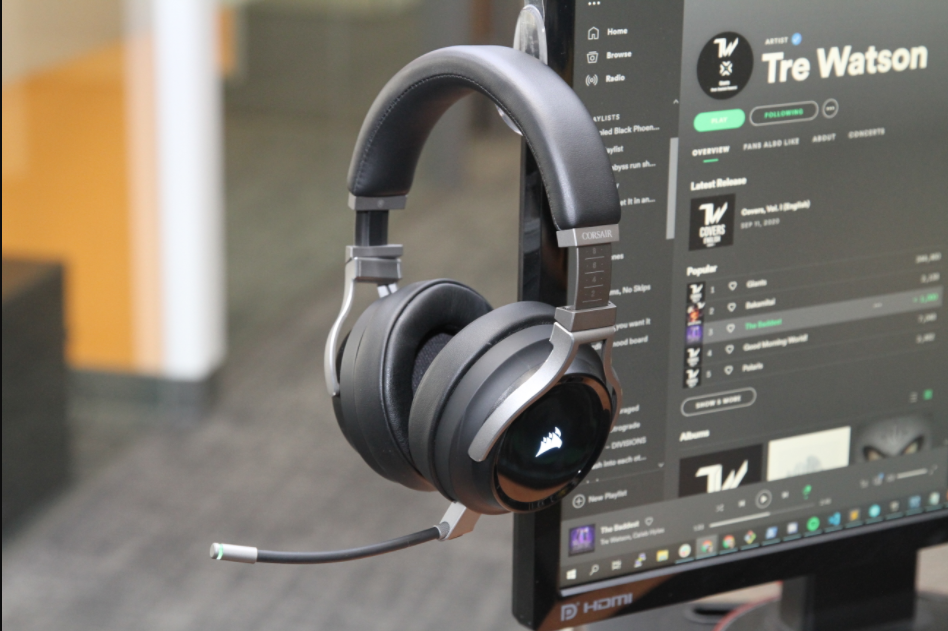 I liked the Corsair Virtuoso RGB Wireless headset, I really did. It would be easy to read this review and come away with the impression that it wasn’t good, but it IS good. The sound is better than a lot of the competition, and it has plenty of good features – but there are things about it that puzzle me. Like the volume roller, which is confusingly slow. Turning the volume up or down requires significant rolling in each direction. Why? Did no-one actually use it when building it? Since it can be EQ’d to sound great by using the available volume to boost the weaknesses of the sound, why not just have it that way out of the box?

The Corsair Virtuoso RGB Wireless headset is a solid choice, with odd failings that stop it from being excellent.