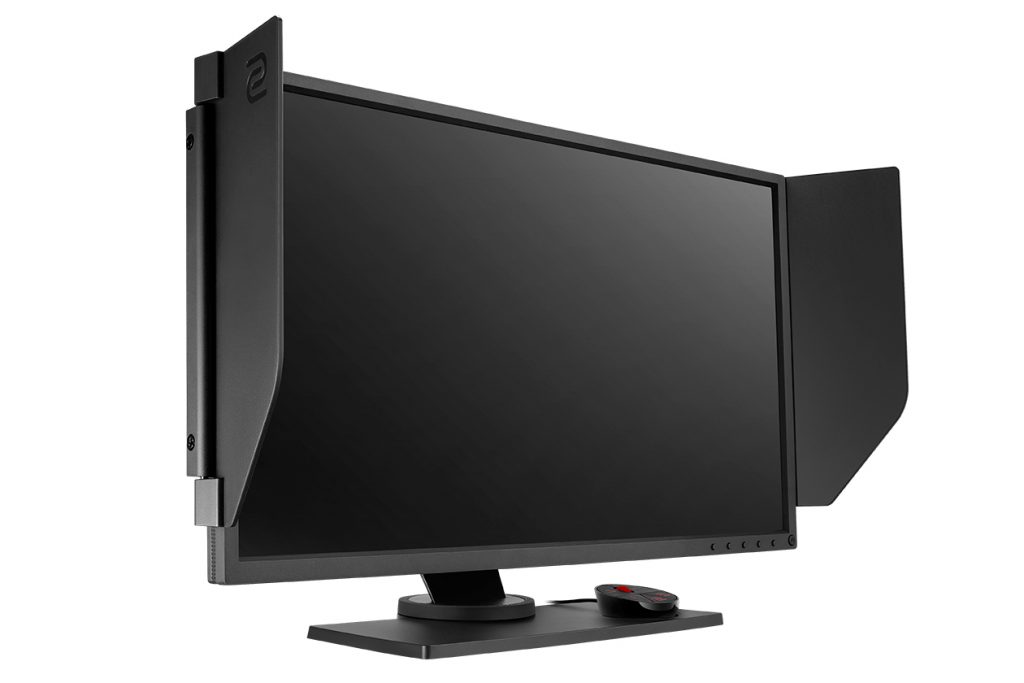 BenQ monitors have been a staple in the competitive gaming community for the past five years. Any esports athlete recommends that aspiring gamers should prioritize investing in a gaming monitor and a headset. I have not been able to get my hands on a 240Hz monitor until the team at BenQ was nice enough to send a unit for review.

Previously, my main monitor was a secondhand 144Hz monitor I considered my prized possession. Since then, that secondhand monitor is now dedicated as my media screen. The XL2546 has turned me into a gamer who appreciates the finer things in life. However, that has created a bit of a “first-world” problem wherein I cannot truly game without a 240Hz monitor.

The crispiness that the BenQ ZOWIE XL2546 monitor offers simply can’t be ignored. Regardless of whether you are an aspiring esports athlete or content creator, there is some type of use you can find out of this beast.

As soon as I set up the BenQ ZOWIE XL2546 monitor, my setup instantly looked better. The background image I had showed that the color balancing was off on my other monitors as the purple and blues didn’t pop on it as they do on the XL2546.

BenQ included the monitor shields in the package they sent me with the monitor, however, I don’t have a use for them since I work from home. The ideal situation for the shields would be for competitive play.

The XL2546 has a matte plastic frame in order to prevent reflection, and it certainly shows. When I type documents in Microsoft Word, the bright white background doesn’t reflect off the frame and distract my workflow.

The S-Switch is an included circular disc that can be used to adjust the monitor’s input, search the menu options and more at the flick of a scroll wheel. In order to test out the monitor, I played games on my PC and Xbox One. Using the S-Switch allowed me to avoid using the buttons on the side, but I often mis-pressed and caused my settings to be ruined.

For those who like to use a monitor vertically in order to work on coding or to read their stream chat, the XL2546 does that as well. It was extremely easy to raise the height and flip the monitor. With a few clicks within my computer’s settings, my desktop was flipped. I could certainly see the use for this option for those who like to keep up with their Twitch or YouTube chat, however for me, it would be overkill.

The first game I tested the XL2546 with was Rocket League. I immediately felt and saw a difference in my gameplay as my flips felt faster and my reaction times increased. I played a few games on the 240Hz BenQ, then I switched to my 144Hz to see if I could notice a difference. I could, and I felt like I have truly ascended.

The next game I tested, per BenQ’s recommendation, was Apex Legends. I hopped into a match and chose my main Legend, Bloodhound. Once we hopped into King’s Canyon, the colors of the map popped as the sprinkles of green from the trees poked through the dusting of brown from the underlying dirt.

As we progressed through the match, the slight red tint from Bloodhound’s ultimate was vibrant enough for me to notice the different hints around my immediate location. Before, I couldn’t truly see the footprints from my enemy or the pulsing around my screen from my character’s heavy breathing. I truly felt immersed.

My flicks felt more on point since I could keep track of each enemy. In fact, because of the Black eQualizer offered in most BenQ products, I was able to see much more clearly in the dark. I was facing an enemy in Fortnite: Battle Royale underneath a house in Pleasant Park. The room I was in was rather dark, but because of the XL2546, I was able to see and it was no match.

If you spend more than four hours in front of your monitor in order to play games, then I think that a $500 investment for a proper monitor is worth it. Regardless of whether you are a competitive athlete or somebody who enjoys video games for fun, the BenQ ZOWIE XL2546 will increase your gameplay and gameplay experience. A $500 investment is a lot; however, this monitor will last you for years.

Share
Amanda has been a gamer ever since she could wrap her fingers around a controller. Her experiences in the gaming industry range from professional competition participation, corporate marketing, all the way to video game reviews. Amanda's entire life has been dedicated to video games, and now her passion is to share her stories and experiences with readers from around the world! Amanda has previously written for Newegg's Gamecrate, ZAM, and Knowtechie.