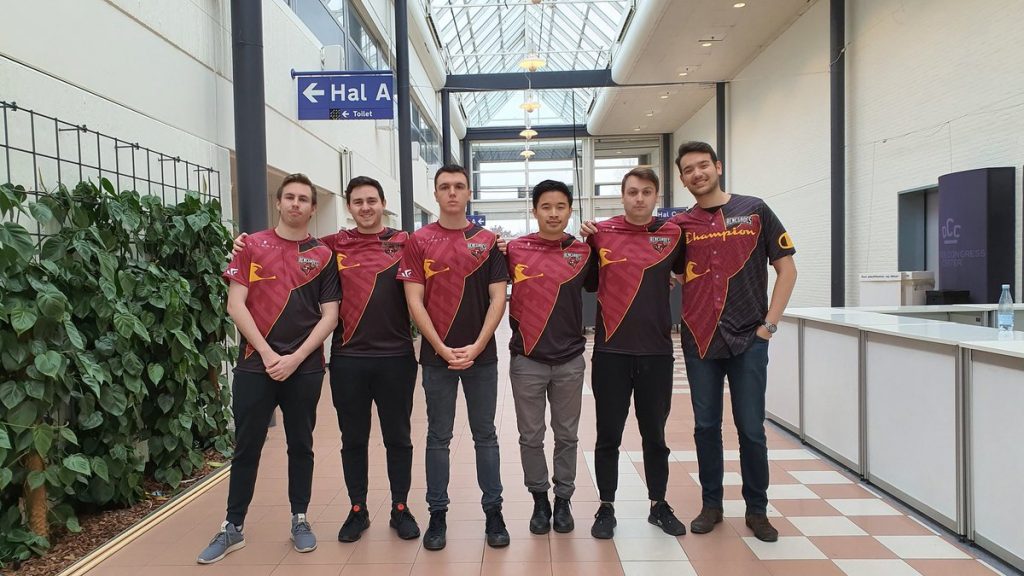 Less than two months after losing their roster, Renegades rejoins the CSGO scene (Photo via Renegades)

Renegades announced that they have signed the Grayhound Gaming CSGO roster. The Counter Strike roster will join forces with their new org beginning at the ESL Pro League Season 10 Finals in Odense.

Grayhound Gaming announced that they were leaving the CSGO a mere 24 hours prior to the ESL Pro League starting. In a video package, the Grayhound Gaming roster is looking for a new organization to represent them.

We out this bitch pic.twitter.com/XH6Us8MK5i

Within 12 hours, a new video from Renegades was released confirming their singing to the new organization. This is one of the most light-hearted and entertaining organization switches in recent history.

This marks the official return of Renegades, who has been out of the scene for just over a month. 100 Thieves acquired their previous roster on October 31 and have since maintained a top position in world counter strike.

Renegades returning to the scene is a sign of their continued efforts to be apart of the CSGO scene, and more importantly the Australian CSGO scene. The roster has not received a shakeup and will go as the same Grayhound Gaming roster we are familiar with.

Renegades first match is against Astralis in their home country of Denmark. They will play the Danes in a Bo1 match, to determine who progresses into the upper and lower bracket of Group B. The Australian roster may have a good chance at upsetting top teams in the world. Teams like Team Liquid and Astralis are fresh off the back of ECS Season 8 Finals. There may be a chance the boys can make a good run.

You can watch renegades return to the CSGO scene via ESL Pro League streams. The mainstream and B stream can be found here.