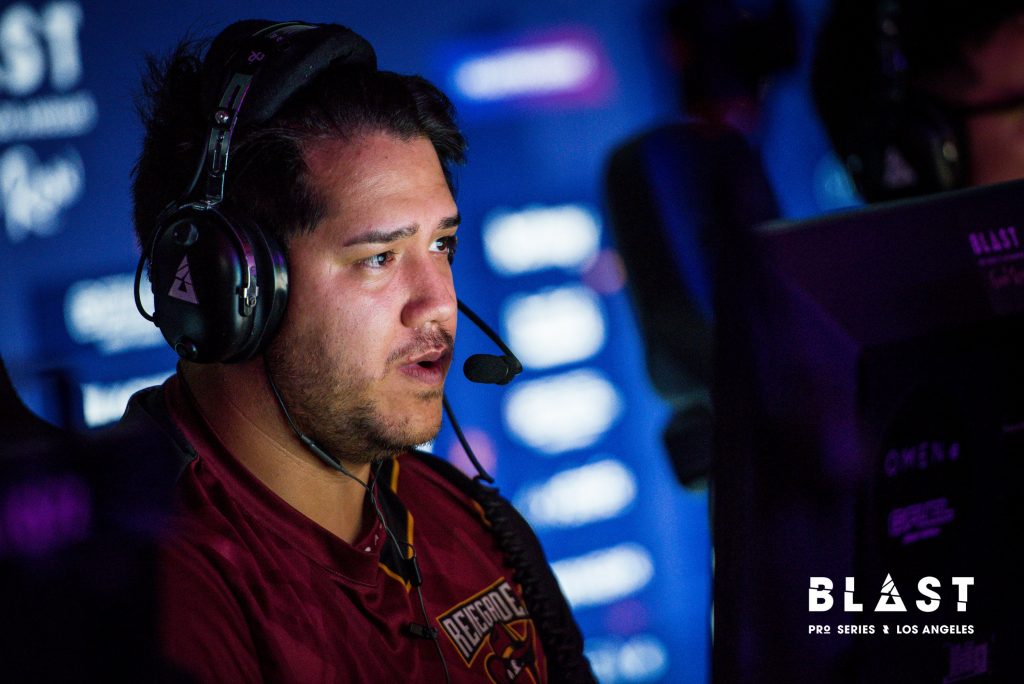 The Oceanic talent that is Renegades had burst onto the scene at the beginning of this year, becoming a hotbed for discussion amidst the professional Counter-Strike circuit. An IEM Katowice run saw the Australian pack trounce the strongest units in CS:GO and reach the playoffs in unpredictable fashion positioned the team to make their mark on the scene. Although, the wild success in Katowice had brought forth major expectations for Renegades – a forecast that has been difficult to live up to in the subsequent months.

Hotspawn’s Cody Luongo caught up with Renegade’s in-game leader Aaron “AZR” Ward at IEM Chicago to discuss the journey from the Major to this point.

HS: What was the practice and mindset like going into the Katowice Major?

“We obviously started at the Asia Minor. We have always won the Asia Minor the past three or four times, there wasn’t much issue there going into that. But we’ve always struggled at the next point where it’s like the Major qualifier or the Challengers Stage of the Major in the past. I think heading into it this time with the new lineup I think we were feeling really good and there wasn’t as much pressure as there was in the past because of that reason.

Leading into that everything was feeling good, vibes were good, chemistry was good, and I think we were putting in a lot of hard work. Back then I don’t think a lot of teams really could read our game also because we were still a relatively new team, I guess you could say. I think from that point on to the Major everything was just clicking.”

When you’re under the radar, do you think that gives you an advantage? And on the pressure side – did you feel like you were having more fun in the server back then?

“I definitely thought we were having a lot of fun. We just made the lineup and everyone was just having a lot of fun with each other in-game. When you’re having fun you’re not really putting too much pressure on yourself and not really thinking, you’re just playing because it’s what you love to do. You just love Counter-Strike.

If you’re between a top fifteen to twenty or thirty team, teams probably won’t look at you as much as if you’re a top ten. They aren’t going to be looking at your demos and stuff like that. So obviously when we hit that top ten, top five mark I think a lot of teams were starting to watch our games and obviously back then they weren’t and I think that’s why we fell under the radar a little bit for that reason.”

When you reached the playoffs in Katowice, what was the mindset from that point onward? How did things change after that point?

“After the Major when we did make the top eight, our expectations of ourselves went up a lot. We made the top ten, and then we made the top five – expectations for ourselves went up a shit ton compared to what they were before [laughs]. The tournament after the Major, we came 3-4th at StarLadder so we were pretty happy with that one too. Then after that tournament we obviously had a lot of visa issues also which kind of hindered us a little bit.”

Did the visa issues mess with the chemistry in the team?

“I think it did. We obviously had a stand-in for about a month or so and I know that caused some chaos in the team for sure. After that when we got [Gratisfaction] back after his visa issues it was all fixed. I think we just sort of thought like ‘yeah, we got our five now, we’ll be good. There’s nothing really we have to change, we just have to play our game like we used to and we’ll be fine’. I think over time we’ve realized that we have to constantly keep evolving our game and changing our game because like I said before people are watching our games and they just know what we’re doing – I think that’s the biggest thing right now that we need to change.”

What has been the most challenging part of having to evolve in that sense?

“Being creative and making sure that you’re not readable. I guess we got a little bit too complacent and comfortable what we were doing before. It was easy for people to read. I remember when we played in Dallas at DreamHack Masters we faced G2 and we lost a close game to them. We end up rewatching the demo and we could see that we had some reads for them which helped them a lot to stack a bombsite against us and we could tell that teams are starting to counter us.”

Disappointing second half of the season but I'm still positive we can revamp our game for the second season of the year. Close to 3 weeks break then back to bootcamping for the major. @ Chicago, Illinois https://t.co/8NIGqnRUJJ

Confidence-wise where is the team at now?

“Confidence-wise it’s obviously not the greatest right now. Especially these last few weeks that we’ve played these tournaments, we played [BLAST Pro Series], we played [ESL One: Cologne] and we played this tournament now in Chicago. We didn’t have the results that we wanted so obviously isn’t at its greatest but I think we’ve pinpointed things such as switching up our game to make sure we have something to work on for the future.”

What are the biggest areas for improvement right now for Renegades?

“I think the greatest area for improvement for us is just being able to adapt on the fly. We’ve had an issue recently where we haven’t been adapting and it’s also been destroying people’s confidence. That’s a huge thing in [Counter-Strike] – if you don’t adapt, you’re just going to lose. Changing up our game style also I think is a big room for improvement. We’ve definitely been trying to do it in the last two weeks or so. Two-and-a-half weeks before the Major we’re going to go into boot camp and we’re going to revamp a lot that we’ve had.”