Reflecting on What We Learned from MSI 2019 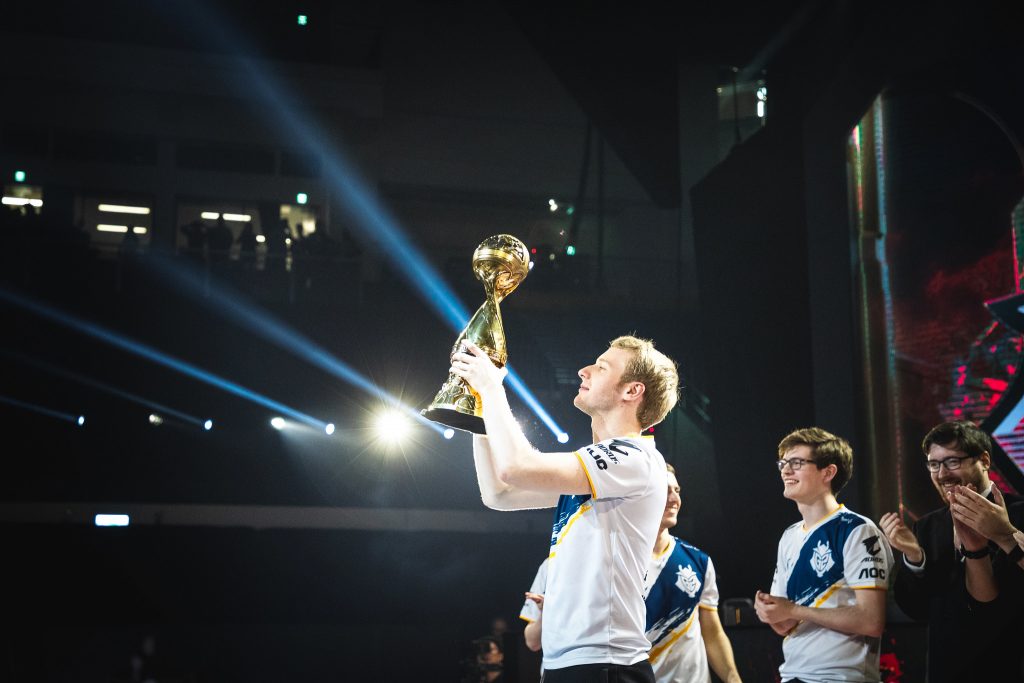 MSI 2019 taught us a lot about the grit of Western teams. (Photo by David Lee/Riot Games)

League of Legends’ 2019 Mid-Season Invitational is in the books. LEC champion G2 Esports crushed Team Liquid 3-0 in the MSI 2019 Finals, giving Europe their first international championship since 2011 at the Season 1 World Championship. With the first international competition of 2019 complete, we are left to reflect on what we learned throughout the tournament.

THE GAP HAS CLOSED

Every year Western fans get hyped up with impressive domestic performances by their top teams and think to themselves, “this is the year. This is the year the gap has closed.” And rarely was that ever the case.

But Worlds 2018 allowed Western fans to dream again. A shocking three of the four semi-finalists were Western teams, guaranteeing that at least one would also make the finals. Yet, even though Western teams finished second through fourth at the biggest tournament of the year, the results of the final could not be ignored. Invictus Gaming eviscerated Fnatic 3-0 and, while the gap had gotten closer, it hadn’t closed. The top Eastern team(s) were still on another level.

That is, until MSI 2019. Western fans were first allowed to believe when G2 Esports beat SK Telecom T1 2-0 in the group stage. Sure they lost twice to Phong Vũ Buffalo, but they showed they were capable of beating the best the East has to offer. Team Liquid floundered for most of the Group Stage, but they did enough to squeak by Flash Wolves to advance.

But at the moment that the Western teams were supposed to falter, facing the first and second seeds from the Group Stage and two favorites coming into the tournament, the West rose. Team Liquid started it off by not just beating the reigning World Champions and presumed best team in the world: they crushed Invictus Gaming. Their wins weren’t a fluke. Team Liquid didn’t get lucky. They outplayed iG in a best-of-five series, dropping only a single game. You can absolutely make the claim that Invictus Gaming wins a series against Liquid nine times out of ten. But on May 17, 2019, Team Liquid was the better team.

Then came G2 Esports. Sure they had beaten SKT twice in groups, but SKT always rounds into form as tournaments go along. Fans may remember how vulnerable SKT looked at MSI 2016 when Counter Logic Gaming made their miracle run to the finals, only to lose to SKT in the end. G2 had impressed in the Group Stage, but they had to prove it again. They did.

Even if Liquid upsetting iG will be the most memorable series in the tournament, G2 Esports against SKT was the best overall series in terms of level of play and the drama of a full five-game series. G2 Esports had to battle back from 0-1 and 1-2 series deficits before pulling away from SKT with their signature scrappy, skirmishing play style.

A day before the finals even loaded into the first champion select screen, a Western winner had already been crowned.

Now does that mean that the West is now the best? That’s open for interpretation. The results of MSI 2019 say the two best teams are Western, but that doesn’t account for the depth of each region nor reconcile that a single best-of-five series is an incredibly small sample size. But if only for one tournament, it’s not the Western fans, but the Eastern fans left grasping at what could and should have been.

KOREA NEEDS TO PICK UP THE PACE

There is no doubt that the meta for the last calendar year has done no favors for the Korean teams and their preferred style of play. The slow, calculated play LCK teams have used for years to dominate internationally no longer fits the meta. This could be solely the result of changes Riot has made to the game, but teams around the world have also gotten better at pushing the pace early and punishing the old Korean style best summed up by “passing on the team fight that is 60% favored until you can find one that is 80% favored.”

SK Telecom T1 pushed aside Griffin’s dominant season domestically by adapting to be the better team early in the game. No team in Korea, and likely the world, can match Griffin in the late game, but in today’s League of Legends landscape, you should never let them get there. Young teams like DAMWON Gaming and SANDBOX Gaming have infused fresh talent and more aggressive play into the LCK, but more will be needed in Summer 2019. SKT could not match the aggression of Invictus Gaming or G2 Esports, finishing a combined 3-6 versus the two at MSI.

INVICTUS GAMING GET A REALITY CHECK

The Group Stage at MSI was Invictus Gaming’s playground. They “let” teams, as they would tell you, get ahead of them, only to come back and crush them despite their large gold deficit. Even now, very few would question their standing as the most impressive collection of individual talent and mechanical skill in the world.

But their come-from-behind wins and confident interviews masked the problems that were on display in the Group Stage. Teams can talk a big game about how they weren’t trying, or were playing “happy games” as iG dubbed them, but any competitor knows that you are never trying to get outplayed in any situation. Mistakes happen to every team, including the best teams. But iG were making way too many mistakes to be perceived as untouchable as they made themselves out to be, and Team Liquid proved it in the semifinals.

Team Liquid had to play the series of their lives, no doubt. But when Invictus Gaming continued to make their happy plays throughout the series, Team Liquid took advantage. iG should know better than any other team how important the early game and first few fights are in today’s meta, as their dominance in that area propelled them to their first World Championship. Their admission at the end of their tournament that they did not play with enough respect at Team Liquid bodes well for their future, but they’ll have to prove it by eliminating their “happy games” against teams that can compete with them.

G2 ESPORTS ARE THE BEST TEAM IN THE WORLD…FOR NOW

International tournaments are held to decide who is the best-of-the-best in the world. G2 Esports won that tournament, including a 3-0 dominant performance in the finals. Sure, they lost to Invictus Gaming twice and never had to play them in the Knockout Stage. But what can they do about that? They beat SK Telecom T1 3-2 and then beat the team that beat iG 3-0.

That doesn’t mean they aren’t without their weaknesses, of course. Invictus Gaming beat G2 Esports 2-0 in the Group Stage by being better than G2 in the early game, as was predicted before the tournament. While the two teams are similar in how they want to beat you, their weaknesses are different. G2 Esports aren’t as dominant as iG in lane or in early skirmishes, but they are better in team fight situations and at closing out games with a lead. So they were able to generate those early leads against SKT and TL and close them out.

Against iG, G2 were never able to generate those early leads they get against virtually every other team in the world. That’s what makes their matchup so fascinating. Both team want to make plays, but though they often come out on top, iG are also more willing to let the other team back into the game. Even though they lost to TL, iG are the other contender for the best team right now, and the eye test says they might still be the best in a larger sample size. But post-MSI, G2 Esports are the champions and wear the crown as the best League of Legends team in the world.