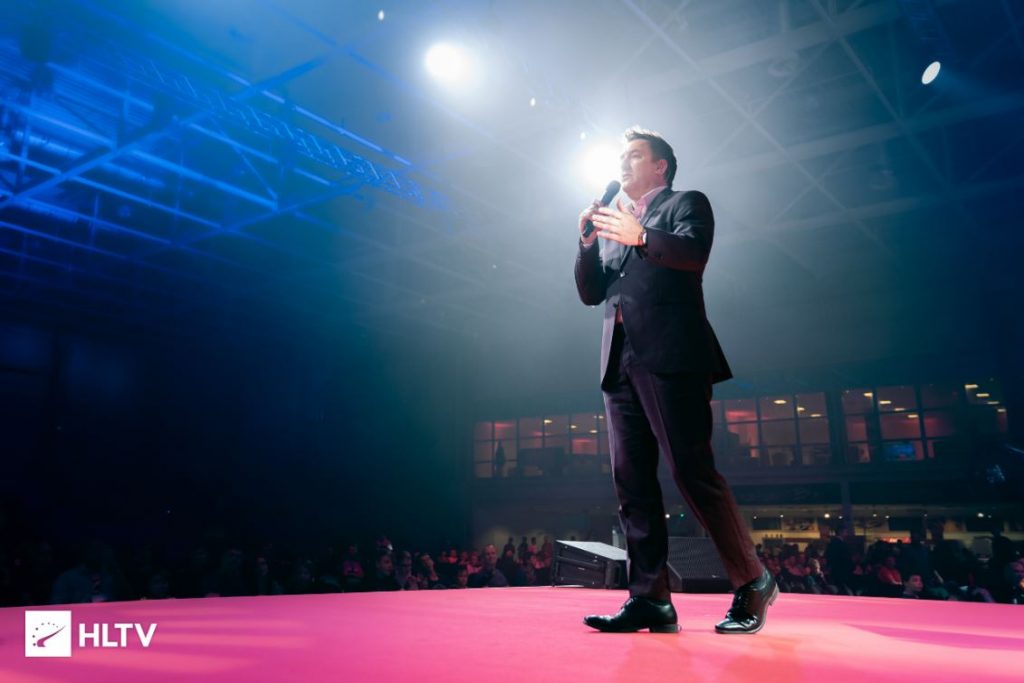 Redeye's resignation is in response to a series of misconduct and assault allegations from James Banks. (Photo courtesy HLTV)

Paul “Redeye” Chaloner, the Managing Director of Code Red, has announced that he will be resigning from his position at esports consulting agency Code Red Esports and stepping back from esports entirely. The move comes after fellow commentator James Banks released a series of abuse allegations on Saturday and Sunday. Among the allegations were claims that Redeye abused his power in esports and assaulted his own family members in the past.

Following the attacks made on my character over the last few days, I have decided to walk away from esports. pic.twitter.com/mWHFVG9VJb

“Following the attacks made on my character over the last few days, I have decided to walk away from Esports,” Redeye said in a statement on Monday. “I might have been able to cope with all the shit being thrown at me (a mix of truths, half truths and falsehoods) but when my children were dragged into this, that went beyond any reasonable attack and became cruel and vicious. I reiterate what I said in my first post I made two days ago: I went to court and was found not guilty.”

Banks released a list of initial accusations on Saturday, which included claims that Redeye had physically assaulted employees at Gfinity and threatened to destroy Bank’s careers if he didn’t do as he was told. Banks also stated that Code Red’s Commercial Director, Luke Cotton, blackmailed him into remaining silent about the threats by using anti-LGBTQ comments Banks had made in the past. In a statement on Saturday, Luke Cotton confirmed that he had threatened Banks using Bank’s hateful comments, but Cotton denied any further allegations of wrongdoing. In the same document, Cotton released the transcripts of Bank’s offensive and hateful comments toward the LGBTQ community.

My statement regarding James Banks, his homophobic remarks against me, and his disgusting exploitation of an important movement: https://t.co/cECeAilYoI

On Sunday, Banks released a battery of further allegations. Most notably, his new allegations included claims that Redeye had physically assaulted his own wife and children. These claims came from an anonymous user on Reddit who claimed to be a juror in the court case where Redeye was found not guilty. Beyond the Reddit post, Banks provided no evidence to back the claim.

The allegations against Redeye are the latest in a series of 200+ allegations of abuse and sexual misconduct which have been released against various esports and gaming influencers over the past couple of weeks. As victims of abuse continue to come forward, it is increasingly clear that the esports market has done a poor job of protecting victims from abusers.

Call of Duty Counter-Strike: Global Offensive Dota 2 StarCraft
Share
Aaron Alford
Aaron is a 25 year old esports journalist who has worked with dotesports.com, upcomer.com, qrank.gg, among others. Aaron completed a Master's degree in Communication from the University of Dayton in 2018 (Go Flyers). Aaron has also worked as a national circuit debate coach and communication manager for emerging technology companies.
Follow me