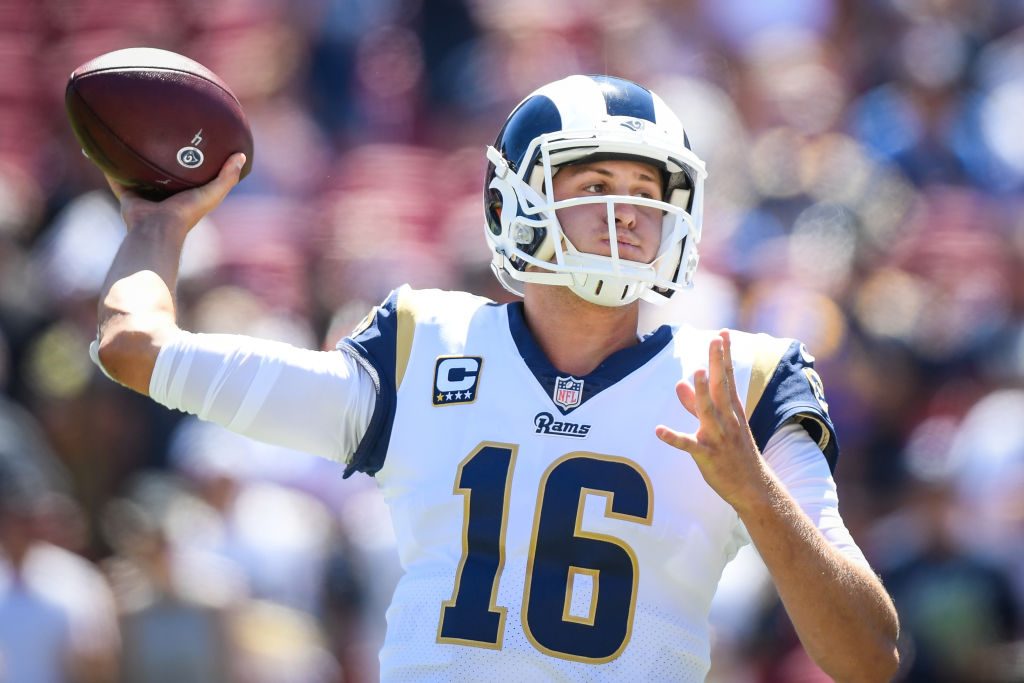 Jared Goff and the Los Angeles Rams will face off against the Minnesota Vikings on Twitch Thursday. (Photo courtesy of Getty Images)

When the Los Angeles Rams and Minnesota Vikings square off tonight for Week Four’s Thursday Night Football Game, eyes will be on more than just the television. Thanks to Amazon’s partnership with the NFL for the 2018 and 2019 seasons, the game will be broadcast for free through Twitch and Prime Video, in addition to the traditional Fox broadcast.

Amazon chose a great game to debut. The Rams and Vikings are two of the best teams in the NFL and the Rams are currently the favorite to win the Super Bowl according to online oddsmakers.

This move marks a massive milestone for the Amazon-owned streaming service that is trying to expand into live sports after partnerships with the NBA G-League the past two summers. Twitch will broadcast 11 of the 12 remaining games, the largest free offering of NFL games in the league’s history.

For football fans, this will be some fans first introduction to the wondrous world of Twitch chat. Twitch has put in emotes for all 32 teams to help fans get engaged with the chat. If you thought esports fans were bad, wait till football fanatics hit the chat.

The Prime Video feed of the game is also breaking barriers. For the first time, there will be an all-female commentary option with Andrea Kremer and Hannah Storm in the booth. That comes in addition to Spanish broadcasters, a UK based-team and the Fox duo of Joe Buck and Troy Aikman.

Over on Twitch, there’s another option for commentary. Twitch Streamer GoldGlove will provide the play-by-play and analysis for the game. It will be interesting to see how this commentary system works out because GoldGlove doesn’t have any notable experience in this area and doing a one-person booth without a co-commentator is incredibly difficult. This stream may end up more like a classic Twitch stream, with no words being said for longer durations of the game, which could actually be an improvement to the constant chatter of a traditional broadcast booth.

If Twitch is successful in live sports, it may indicate the eventual downfall of linear TV. Right now, live sports are one of the primary reasons people don’t cut the cord entirely. With the expansion of online streaming networks and Internet options, this game could represent the beginning of the end for traditional TV.