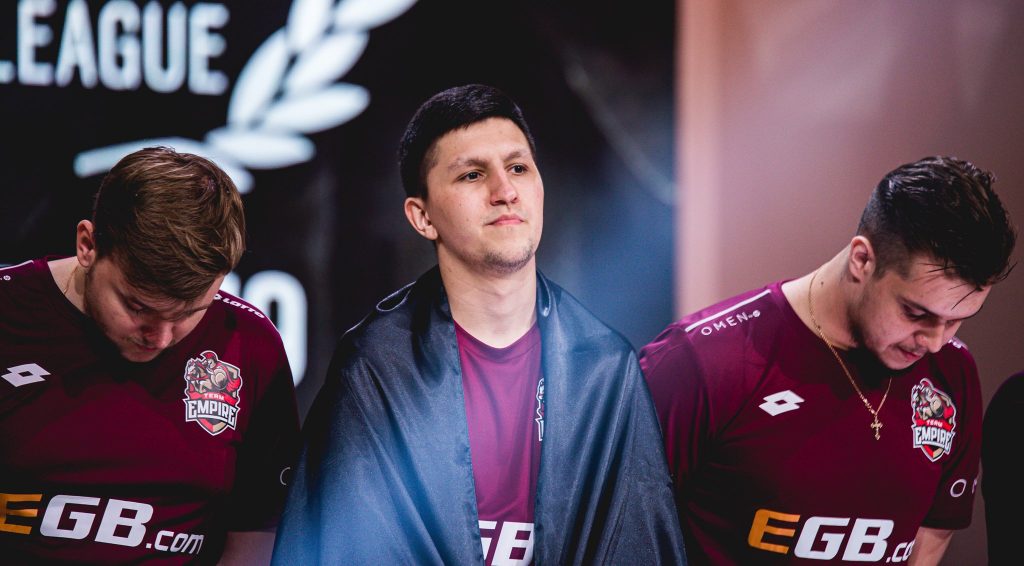 Team Empire aren't looking quite as dominant early in Season 10 as they did in Season 9. (Image via Ubisoft)

The first week of Rainbow Six Siege’s Pro League Season 10 has finished with interesting results already. In North America, newcomers 92 Dream Team surprisingly sit at the top. In Europe, the top two teams from last season have already reaffirmed, however, Empire does not look like the powerhouse they were in Season 9. Meanwhile, the rest of Europe is an exciting free-for-all. Let’s look at what we’ve learned in the first week of Season 10.

LeStream Esports have used their momentum from the Allied Vegas Minor to enter Europe strong. They defeated Chaos 7-4 in the first day and mousesports 7-3 on the second. They sit cleanly at the top of the European standings with 6 points and + 7 round differential. If they continue this trend, then they will enter the Raleigh Six Major as the top dog of Europe. Over in Latin America, FaZe Clan shares a similar story in their first week of Pro League. Do we have the strongest regional teams already forming?

Coming in closely behind LeStream are Team Empire. The number one seed from Europe last season also have on 6 points, but with +4 round differential. However, we must wonder if this is the same Team Empire who dominated last season?

Team Empire, the Season 9 champions, were expected to beat their opening opponents, Team Vitality, who are fresh out of Challenger League. However, Empire only won 7-5 after Vitality’s attack proved troublesome. Is this Team Empire looking weaker than expected or Team Vitality stronger than anticipated? Empire’s match with PENTA on the second day says the former.

PENTA was able to capitalize off Team Empire’s mistakes. The true MVP for Team Empire this match was Eugene “karzheka” Petrishin, who played phenomenally well on the Smoke in Bank’s Vault and on the Echo Drone to clutch out a key defensive round in CEO Office. Team Empire need to address their defensive side if they want to remain in the top two, as Vitality and PENTA seem to have exploited a weakness. Europe is too competitive to let Team Empire get away with mistakes.

Kafe’s recent rework was officially demonstrated at the Season 9 Pro League finals in Milan, Italy. Season 10 kicked off with Kafe exclusively picked by European map vetoes. Along with it, the new operators Mozzie and Gridlock were used in various situations.

As for the reworked Kafe, if it wasn’t for the automatic map ban from the day one ruling, we would have seen more Kafe during day two. We should expect Kafe to reappear next week as teams grow more familiar with it and map veto strategies improve to adapt around this map.

As we saw by the end of the last season, the middle of the standings is hotly contested between several teams. G2 Esports, Chaos Esports Club, Team Vitality and Natus Vincere all sit closely next to each other with three points each. The only thing separating them right now are round differences which are minimal based on the first week results.

As for the free-for-all, EU looks like it is already in the stage where everyone can take a game off each other. Chaos, (who we crowned our dark horses of Europe) had an acceptable loss against LeStream in their opening match 4-7, but then went on to beat G2 Esports 7-4 in strong fashion.

As for G2 Esports, their results show how open EU is.  Their victory over mousesports on the first day made it look like the old G2 were back. However, their defeat to Chaos says that the top half of the bracket is going to be closely contested.

Furthermore, Team Vitality’s and Na’Vi’s presence has further complicated the balance of power in EU. As the two newest entries into Europe, their results in the first week show they are already making waves. They are not to be underestimated and can upset teams fighting to climb the ladder, as seen with Vitality versus Empire and Na’Vi versus PENTA.

Mousesports, on the other hand, look like they may be out for the count in EU already. The Finnish core looked directionless in the first two games with their recent removal of in game leader Niklas “Willkey” Ojalainen. Hopefully, they can pick it back up before hope is lost, and they have to prepare for relegation matches.

Who would have guessed auto-promoted 92 Dream Team would beat North America’s number two seed DarkZero 7-1? They also defeated TSM 7-4, putting them into contention with the middle and top teams of NA Pro League. It would be nice if they can continue this trend rather than follow in the footsteps of Noble Esports, who had a similar story last year—which ended badly for them.

Is a Power Vacuum Already Forming?

North American results are not as wild as Europe’s. NA’s middle of the pack last season either lost or drew in the first week, including Rogue, SpaceStation Gaming and TSM. Each one looks like they have their own moments, but consistency is key for them climbing up the ladder. It is still early days so we should pay close attention to how they develop.

DarkZero still need to find their team unity since their recent addition of Paul “Hyper” Kontopanagiotis. The rost has had some teething issues, despite individual performances going as expected. Surely their humiliating 1-7 defeat by 92 Dream Team is not acceptable, by their own standards. Ideally, this will give them the kick they need to fix issues that have been apparent since the Allied Vegas Minor.

TSM is one of North America’s most popular esports organizations. Known for their adventures primarily in League of Legends, TSM have acquired the former Excelerate Gaming roster. However, they also have popular YouTuber, Jason “Beaulo” Doty. On NA’s second match day, he turned 17 and became eligible to complete as per ESL rules. Competing with his squad, he brought in roughly 32,000 viewers with him across the YouTube and Twitch live streams. The attention this player and brand receives is a good sign for future growth and interest in the North American Rainbow Six scene.