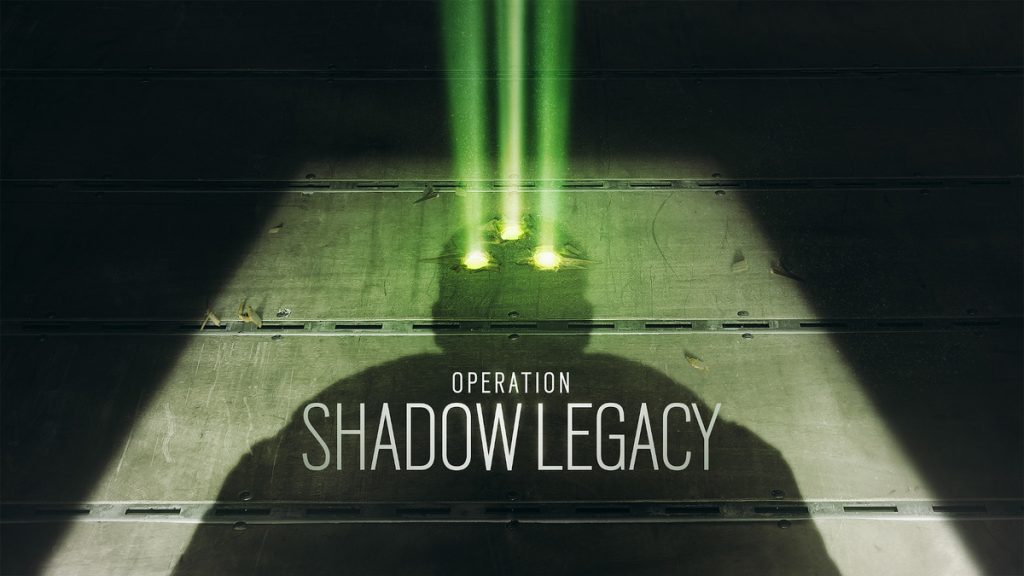 Rainbow Six Siege’s Operation Shadow Legacy has dropped onto the TTS servers. Every Pre-season patch offers enormous new features and mechanic changes coming to Siege – and this one is no different. Of course, the new patch is on the TTS and is subject to change, but it is an opportunity to test these new features before they go live.

Sam Fisher is joining Rainbow Six Siege as an attacker. The Splinter Cell spy is back in action with his iconic assault rifle, scope, grenades and spy infiltrating camera with a zapping tool. Sam Fisher still feels like that patient spy waiting for the right time to shine and is up for testing.

Operation Shadow Legacy is coming to Rainbow Six Siege bringing the one only Sam Fisher as the latest Operator, a Chalet map rework, a new hard-breaching gadget, and so much more. Watch the full gameplay trailer now and see it in all in action!

Thatcher’s EMP grenades are going to work a lot differently in Operation Shadow Legacy. Thatcher’s grenades were rather overpowered, destroying any electronic gadget in the game in range of an EMP. Moving forward, these grenades will disable electronics instead.

Thatcher will disable enemy gadgets affected by his EMPs for 15 seconds. This change is not exactly new to the game. Valkyrie’s, Echo’s, and Maestro’s cameras have used this feature for some time, having their devices disabled for 10 seconds. But now, a whole list of electronics will gain this feature, including:

There are a few caveats to this system, Bandit tricking will still be in the game, but it will take longer to take an emp battery off a surface and redeploy it. Now Thermite will have a better time dealing with a bandit trick, but the speed should still be able to stop Ace and Hibana, or the new breaching charge gadget coming to the game.

Also, Lesion’s Gu Mines will have their cloaking and trap triggering disabled. Meanwhile, Echo’s Yokai Drones will no longer refill ammo while it is under EMP effects.

Breaching mechanics are getting an entire change this patch. Many attacking operators will be getting a new breaching gadget, replacing another option already in their kit. The new gadget can create small holes in reinforced surfaces capable of vaulting or crouching through them. They have a four-second timer before detonation, and its fuse will automatically start upon deployment. Ubisoft wants there to be more options to breach in the game, while still retaining the hard breacher role in the game, allowing for more creative comps. The new breaching tool is on the following operators:

Furthermore, reinforced hatches now have 1 million health. Previously hard breachers had no synergy with their kit, so now the health system should make it easier for combos to work, instead of them taking a beating.

Additionally, Maverick is getting another fuel canister for his blow torch. This extra canister will give Maverick some more breathing room when making mistakes.

A quality of life (QoL) change is coming to Siege. The Ping 2.0 system will now highlight and communicate what is in the game. Pinging tools, gadgets and more will mark up what it is there and where. Ping 2.0 makes it much easier to communicate traps lying in wait, player positions, and other vital need to know information in-game.

There are plenty of more changes coming to the game, for more information on the TTS patch, please see here.