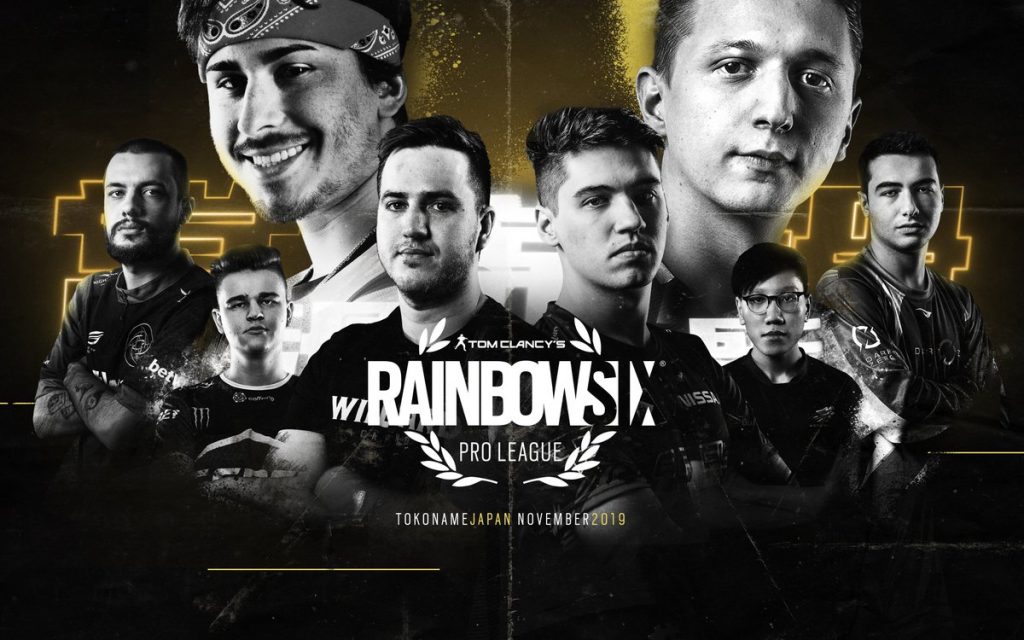 Which of the eight teams traveling to Japan will win the Rainbow Six Season 10 Finals? (Image via R6Esports)

The Rainbow Six Season 10 Pro League Finals are drawing ever closer. The tournament takes place over November 10- 11, hosted in Tokoname, Japan, with eight teams from around the world taking part. Teams are fighting for both R6 supremacy and their share of the USD$626,000 prize pool. With the field set, let’s look at who is attending and what to expect in Japan.

Who is Attending the Rainbow 6 Finals?

Addressing the elephant in the room, LATAM has been hit with unfortunate visa issues. Both FaZe Clan and NiP are taking substitutes to Japan with them.

FaZe Clan is LATAM’s most consistent team throughout 2019, although, a substitute will likely cause them issues in Japan. The rest of the team may be able to work around sub Nino “ninexT” Pavolini, as they have the experience to understand how to take on international challengers.

ninexT is a former R6 pro, Battlefield 4 pro, and now looking to venture into Apex Legends. ninexT is most certainly not a pushover and will contribute well to his team. The only issue is how will this affect their dynamic? If it doesn’t work out, then FaZe may be looking at an early exit.

As for NiP, their roster has been on a such a powerful resurgence in the last few months, after hovering around 4th place in the LATAM Pro League. As a unit, the team looks like they are in a position where they can surprise teams.

However, Arthur “Ar7hur” Schubert, Julio “Julio” Giacomelli and João “Kamikaze” Gomes have had their visas denied. NiP will instead be playing with substitutes. Spaniards, PoloGG and barozj, who have featured on various CL and PL teams throughout the game’s history will help NiP out.

Natus Vincere is in their rookie season and has a similar storyline to Season 9 Team Empire. Na’Vi topped the European Pro League after a great second half of the season. They even managed this after Jack “Doki” Roberston was banned due to toxicity, with Ellis “Pie” Pyart taking his place.

Moving into Japan, Na’Vi seems to be at a disadvantage against the more established teams, however, their predicament hasn’t phased them in the slightest. Together with their strong analytical staff, Na’Vi has shown that they are a strong force even through the best and the worst. Na’Vi may, in fact, be the dark horse of this tournament, and the precedent is set for European rookies to take their inaugural season trophy.

Before we crown the new champions, let's relive some of the best moments of Season X so far! #R6PL pic.twitter.com/tThnLmlQjS

Giants Gaming looks to be Europe’s most consistent team. Giants ended European Pro League on the same win-draw-loss ratio as the previous season. Meanwhile, Giants is one of the better LAN teams in the world, having ended 2nd at Allied Vegas and Dream Hack Valencia, with a quarter-final appearance at the Six Major Raleigh. For Giants, they will certainly be hungry to climb this ladder and finally earn a LAN trophy that has eluded them for the last year.

DarkZero is currently North America’s number one squad. They have shown decent results on LAN, having faced up against some of the best teams from around the world. This team has grown a lot since their days as SK Gaming. Throughout 2019, they have shown they are on the rise and have since improved over their Season 9 results. DarkZero knows they have their struggles against the rest of the world, but this will have only driven them to get stronger for this LAN. Realistically, a solid push into the semis or final is a great achievement, although, given the context of teams around them, DarkZero may even be the team that takes it all. 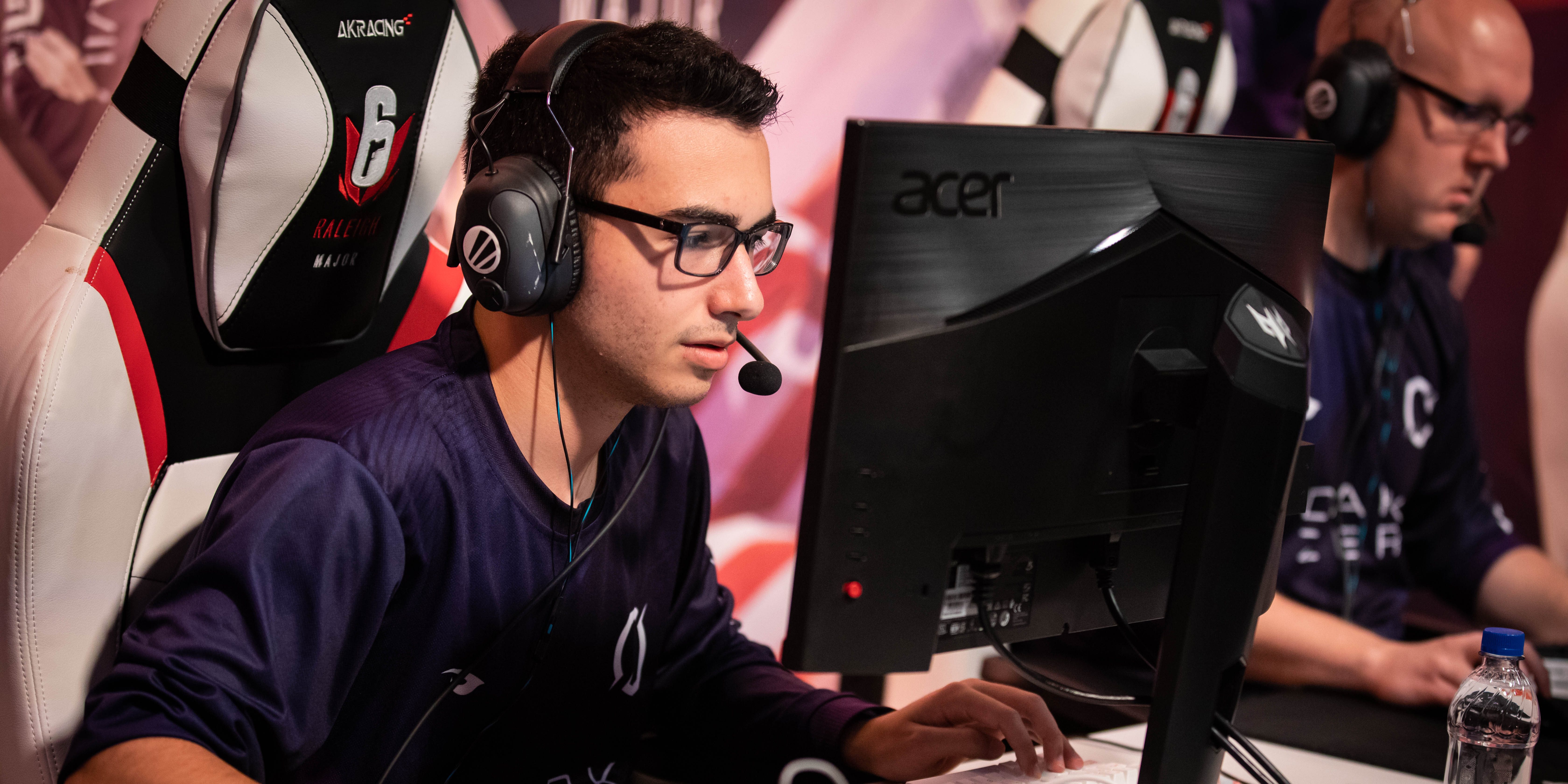 Can DarkZero prove their worth against international competition? (Photo via siege.gg)

Team Reciprocity has been fighting alongside Evil Geniuses and DarkZero for the top three all year. Last season, they narrowly missed out, although, this time they made it with a strong victory over Team Reciprocity appear to be growing from strength to strength.

Both American squads play against the LATAM teams. This is a terrible predicament, as both NA teams will not feel like they will have accomplished much making it to the semi-final beating broken teams. Whereas if they lose to the LATAM teams, that will likely destroy confidence. Either way it’s a sad situation, and hopefully, the sportsmanship is good and proper.

Aerowolf is an up-and-coming team of the APAC region. The Singapore roster has already shown moments of success in Season 9, beating out Cloud 9 in the APAC LAN Finals. However, their journey to Allied Vegas failed to translate to international success. Aerowolf has clearly learned from their mistakes.

In the Season 10 APAC Finals, Aerowolf took out both Fnatic and Nora-Rengo, the two most known APAC teams. This is an exciting time for the APAC region as a new wonder team has arrived to gain international experience. Aerowolf will play Giants in their opening match. We expect Giants to take it, but we know Giants are prone to being upset, and Aerowolf has already proven to be upset kings.

Finally, Wildcard Gaming takes the second APAC seed. Not much is known about this Australian line-up, other than they had a good local league. They will play against Na’Vi, which is great experience, but we should expect an early exit from the Australians at this event.

You can find out more information on the finals here