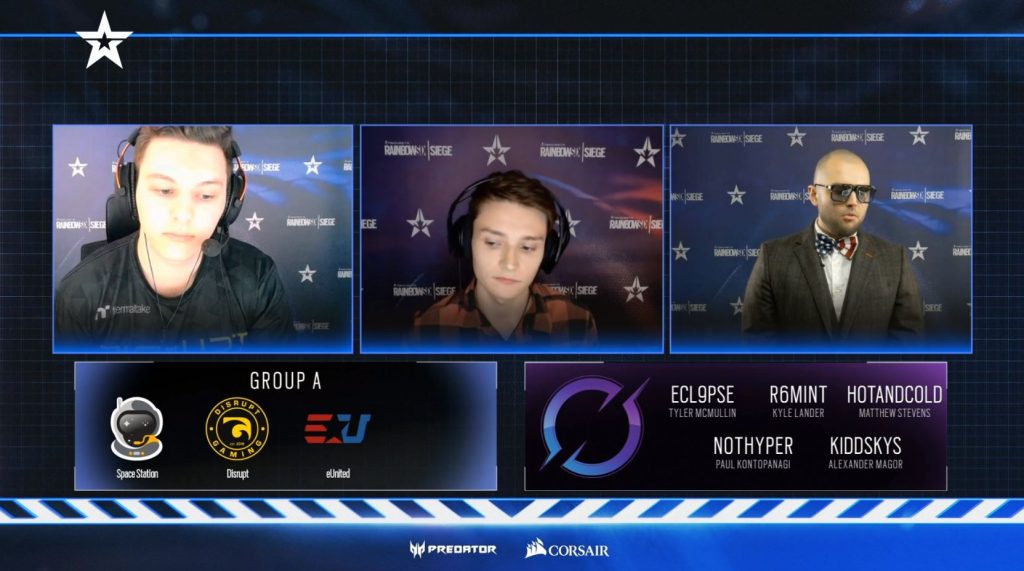 The Rainbow Six North American League finalized their groups on June 15th in preparation of the new NA League kicking off on June 22nd. Two GSL groups have formed, with teams picking who they want to compete against. All eight teams are now locked into a group with their matches decided already.

The Rainbow Six North American League kicked off the event with a formal group drawing broadcast, ran by FACEIT. Spacestation Gaming and TSM, the top two teams from the ESL Pro League Season 11, became captains of their respective group.  Both sides picked a team to join their group, with the same rule applying to the picked team. This carried on until there were four teams in each group. The team picked last in the group then got to choose who they wanted to play first in the group stage.

The drafting phase went as expected for the most part. However, Group B got interesting. Soniqs captain, Seth ‘supr’ Hoffman threw a curveball to deny DarkZero their right to pick, by being the third team to join Group B. Although, Tempo Storm put a twist in this tale. Tempo Storm captain Mitch ‘Dream’ Malson, decided to choose TSM as their first opponent. This means that Soniqs’ tactic of avoiding the big dogs early on in Group B backfired.

Also, there was some fun and games as a result of these picks. The pick order, matchups and more left room for some trash talks, memes and more. There is no doubt this is an interesting way to create rivalries and more within the North American League.

With the new season comes official changes to the competitive ruleset. First off, Oryx and Iana are now available to play for the season. These two operators come off their three month quarantine phase and are now ready to see some competitive action.

Furthermore, the backlash to skins giving competitive advantages has been heard. The only skins available to play are the default, Pro League Gold, or esport skins.

Finally, the official map pool is also changing up, with Bank out in favor of the freshly reworked Oregon. The map list as follows:

Whether Ubisoft chooses to implement the same rules in Europe and other regions is not yet known. The NA League kicks off June 22nd with games scheduled from 8pm- 1am Eastern. NA matches will play out over Monday’s and Wednesdays from June 22nd to July 22nd. More details can be found on the NA league here.