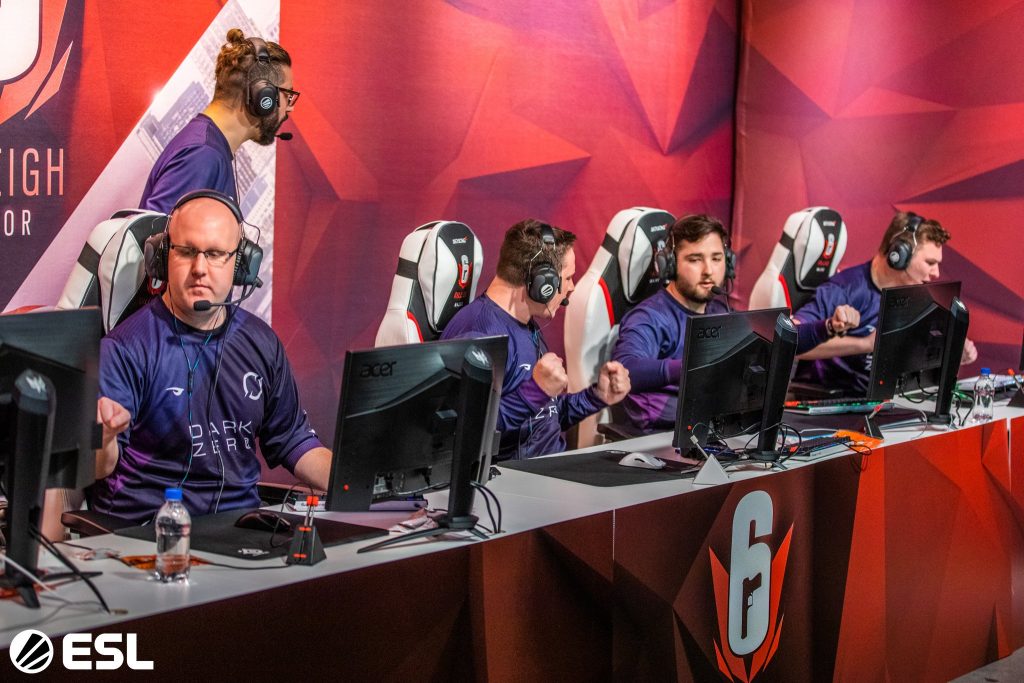 The Rainbow Six North American Pro League has concluded its final super week for Season 10. With these results, the only certainty at the end of playday 13 is DarkZero Esports will attend the Season 10 finals in Tokoname, Japan as North America’s first seed? As we head into next week, there will be a battle for second place between Evil Geniuses and Team Reciprocity. Meanwhile, the hype from last week continues with Rogue and TSM battling it out to conclude NA’s relegation teams.

DarkZero has been the most dominant team in NA Pro League this season. As of playday 12, DarkZero confirmed their attendance to the LAN finals with a draw over Spacestation Gaming. DZ then once again drew with Team Reciprocity on Wednesday, however, that places them six points clear in the first place. This is a strange way to head into Japan. But now, DarkZero gets to chill out, saving strategies and prepare for the future.

Although DarkZero also get to make or break the second seed. Evil Geniuses and DarkZero play on Monday. Evil Geniuses need to win or tie in order to confirm their attendance in Japan. However, a loss here and a win from Team Reciprocity will cause a tie scenario, meaning mini-league statistics will take effect. If DarkZero is on cooldown until the LAN finals, Evil Geniuses may easily walk into Japan as NA’s second seed.

.@EvilGeniuses will enter the endgame as the front runners for the 2nd spot in NA! Well played! #R6PL pic.twitter.com/FGiCI3CAlh

.@DarkZeroGG remains undefeated, but @TeamReciprocity earns an important point. Will it be enough to enter the final stage of Season X? #R6PL pic.twitter.com/JzLCW9dFhe

As stated last week, TSM and Rogue have been gaining some momentum in recent playdays. This week was no different. TSM took down the Susquehanna Soniqs, while Rogue got a win over Luminosity Gaming. Both matches were crucial wins for both sides, which leads us perfectly into playday 14.

.@TSM will have one last chance to escape the relegation! Everything will come down to the final match against @Rogue! #R6PL pic.twitter.com/x96hqMeXyc

On playday 14, both Rogue and TSM will play each other. Each team is currently sat on 12 points. So, a clear win for either team is crucial. However, a loss for Rogue is not as detrimental. Rogue has previously beaten TSM in Season 10, with a 7-3 win on Kafe on playday 4. However, TSM is disadvantaged if they win closely. TSM will force a tie if they win versus Rogue, and mini-league factors will come into effect. TSM will have much more pressure on them to perform well in this match-up.

As for Rogue, they have recently acquired a head coach.  Taylor “Redeemer” Mayeur joined Rogue officially two days ago. In Rogue’s winner interview, we were supposed to have an interview with Spencer “Slashug” Oliver, only to be greeted with Redeemer in his seat. This sparked curiosity into his sudden appearance. Redeemer has been in the team house for two days and already brought a win for them. Can Redeemer coach Rogue to victory and secure them safety from the relegation matches? We will find out next Monday, October 14 when regular season play for the North American Pro League ends.