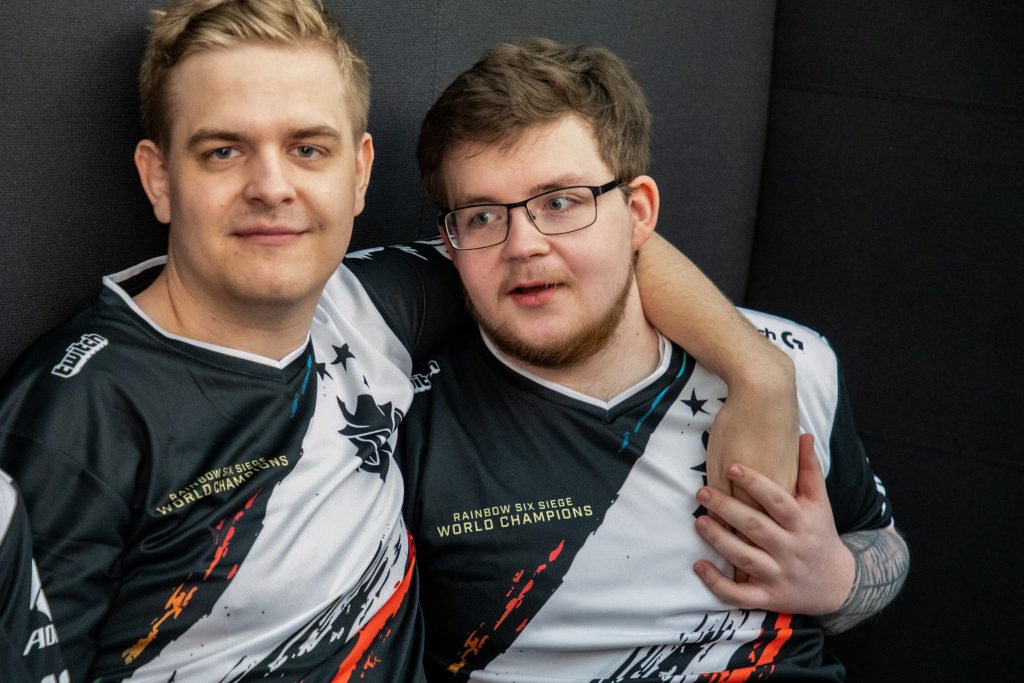 G2 Esports are on the rise in the second half of the R6 EU Pro League season. (Image via @g2esports / Twitter)

The Rainbow Six EU Pro League grows fiercer has the days role on. This week, playday 10 and 11 concluded, presenting us with a great battle for second place. This week has been very interesting for results, creating key narratives for the weeks moving forward. Let’s look at the key results and what they mean going forward.

With the way the playdays have concluded, there is currently a close race for second place. In the standings, G2 Esports and Team Empire are both on 22 points, whilst Na’Vi sits on 21 points.

G2 Esports has been on the rise in this half of the Pro League. They have had their ups and downs over the last few months, but now they seem to have found their rhythm. Since returning to Season 10 of the ESL Pro League, G2 Esports has not lost a match, taking down Team Empire, Chaos, Vitality and GiFu. They had some struggles along the way, but others were impressive victories. These four matches have rewarded them 12 points, catapulting them towards LAN dreams. G2 seems unstoppable right now and are arguably the favorite for EU’s second seed to LAN.

Meanwhile, Team Empire has struggled after winning the Six Major Raleigh. They have only won one game across the four most recent playdays, with two ties and one other loss. Team Empire has fallen from first place to battle for second with Na’Vi last week, and G2 this week. Team Empire has room to challenge, but it is looking less likely they’ll make it given their current form.

As for Natus Vincere. They too are only one point away from joining the fray. Na’Vi had a great performance last week, winning two games. This week, they lost to Giants Gaming, pushing them out of the top two for now. However, Na’Vi’s dream may come to an end soon. Jack “Doki” Robertson recently had his account banned for toxic behavior in-game. ESL has yet to decide on whether he is eligible to compete, so Na’Vi subbed in Ellis “UnderCoverPie” Pyart, who performed well against PENTA. However, Na’Vi’s next opponent is G2 esports on Monday, who will exploit Na’Vi’s unfortunate situation.

My phone's blowing up from the support I appreciate everyone of you! <3 Had little to none prep for this as I was a last second sub, happy I could peform well even for my first PL game. big shout out to the @natusvincere boys for letting me have a chance to prove myself. ❤️

This week, their most crucial battle of the season took place. PENTA sports defeated Chaos E.C.  7-2, pushing them into sixth place. For now, PENTA Sports are safe from the relegation zone. They still have GiFu, Team Vitality and G2 Esports to face off against. Both GiFu and Team Vitality may have good results, considering how they both look now. The way the season is panning out, PENTA is looking more and more likely to be EU’s sixth-place team.

As for Chaos E.C., they struggled to get themselves onto the board. So far, their closest match has been against Team Vitality, which ended 5-7 for Chaos. They still have Empire, Na’Vi, and GiFu. Given the context around Team Empire and Na’Vi, Chaos has room to give it their all and get points on the board. They will need to put in the work over the next 3 playdays, otherwise, they look like relegation contenders.

Here is Ace's Data for Week 2 of the @ESLRainbowSix EU Challenger League! What a week, quieter in terms of kills but my oh my were there some big individual performances! @BDS_esport keep the top spot!

The European standings can be found on the official site.