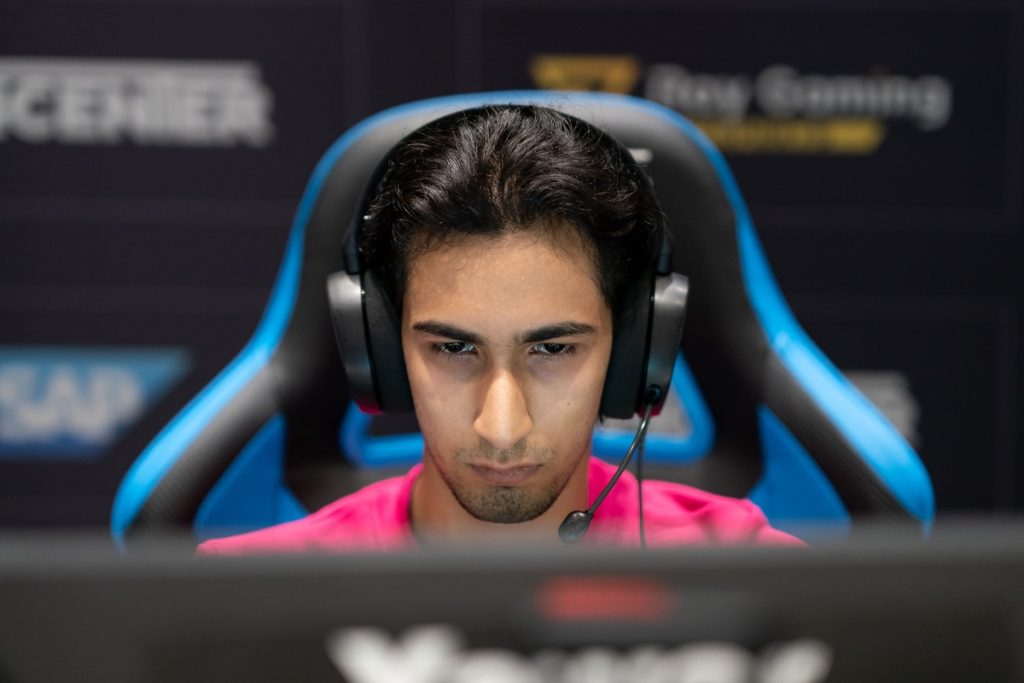 YawaR and and the rest of Quincy Crew continue to look like the clear frontrunners at DOTA Summit 13. (Photo courtesy Epicenter)

The group stage of DOTA Summit Online 13: Americas wrapped on October 2nd, and so far, there’s a clear frontrunner: Quincy Crew. The team, who looked dominant in the first week of the event, have continued their run of great performances to take the top spot in the stage.

The North American squad amassed an impressive record of eight wins, one draw, and no losses during the 13 days of matches thus far. The roster has shot to the top of their region in the wake of the dissolution and absence of almost all direct rivals. Capped with the consistency and

This was no better shown than in the team’s final match of groups against a struggling Infamous Gaming. The South American stack had stitched together a match record of of 8-8 before facing QC, but hopes were not high headed into the matchup. Neither team would be eliminated from the playoffs following this series, but that didn’t stop the Crew from stepping on the gas for the matchup.

In match one, Yawar “YawaR” Hassan was put on Drow Ranger duty, with an Elder Titan besides him to baby sit. But as the ranger quickly began to punish the Axe/Rubick lane of Infamous, QC’s support was allowed to roam across the map. As a result, despite Infamous seeming to get a slight gold lead, the team collapsed at 25 minutes in, as the fed carries of QC pushed into their highground and ended game one.

QC proving why they're the kings 💪

Game two went better for Infamous. Despite being bullied out of their lanes, the raw utility of their lineup allowed them to trade back kills and prevent a quick win for Quincy Crew. However, QC’s veteran lineup were able to use the time bought by Infamous better than their opponet’s farming up a huge lead. Even with all their engagement tools Infamous just couldn’t find the fight they needed tapping out at just under 30 minutes again.

The win capped off an almost flawless run through the stage for Quinn “Quinn” Callahan and his crew. With such incredible momentum the team are odds on favorites to win the entire tournament.

Can anyone stop Quincy?

Quincy Crew’s only loss of the event came against Team Zero – an unfamiliar team, with very familiar talent. The stack of Jacky “EternaLEnVy” Mao, Eric “Ryoya” Dong, Braxton “Brax” Paulson, Jingjun “Sneyking” Wu, and David “Moo” Hull pushed to defacto group stage winners to the limit during their only meeting.

Formed of players from now defunct teams, such as business associates, Cloud9, and Geek Fam, Team Zero started the tournament with an uninspiring loss to catJAMMERS (the former CR4ZY lineup), and a draw to 4 Zoomers. But after finding their footing, the team were able to amass several wins, including the single match against QC. Having clearly caught their opponent’s off guard, Team Zero picked up the win in the first game after Ryoya’s mid Leshrac scaled out of control. However, after that initial loss, QC were able to regroup and punish Team Zero with a 23-minute stomp.

What a SHOW by the Envy stack! With this win they hand Quincy Crew their first loss in #MonsterEnergyDS13 🔥🔥

Despite the draw, Team Zero still put on one of the better performances against Quincy Crew. But the squad have struggled to find consistency, and often finished up their series with draws. This will ideally mean that when it comes to best-of-threes, the team could pull off more victories, or at least keep themselves in contention longer.

The other promising team heading out of the group stage are the aforementioned 4 Zoomers. The roster have consistently met Quincy Crew in the finals or semi-finals of most of the recent NA events. The roster needs to amp up it’s gameplay if it wants to stand a chance against their rivals. Otherwise, this tournament has been remarkably close in the group stages, which has made it difficult to measure whether the competition is high-quality or just sloppy.

Struggling South America and No Pangolier

Overall, it’s been a weak showing from the South American teams. Infamous, beastcoast, Team Brazil, and open qualifier team Spirit’s Esports have barely strung together a winning record between them. Playing online on North American servers is definitely part of the problem, but not the whole picture. Thunder Predator, the sole SA representative to get placed in the upper bracket, got their by way of tie breaker, after a pair of uninspiring 3-4-2 records.

And that does it! @ThunderAwakengg win the tiebreaker against beastcoast and claim the Upper Bracket spot ⛈️⛈️

This marks the end of the groupstage for #MonsterEnergyDS13 Online: Americas! We'll be back on Wednesday for playoffs, see ya then! 👋👋

The region as a whole has perhaps suffered most from the lack of official Dota Pro Circuit events, and even a recent pledge of investment directly from Valve is a drop in the ocean. SA had pushed itself to the point of being competative with the best of world in January and February of this year, with Thunder Predator and beastcoast taking wins off European, CIS, and Chinese squads on LAN. But the push to online tournaments has seen the region regress and now have trouble winning against NA teams they had previously out performed.

Beastcoast’s tournament was even marred by controversy after the NA open qualifier team Plasma1337x’s social media account used derogatory language about the entire SA region. The players ultimately departed the team to form No Pangolier, but the damage was done, with a forfeit loss awarded to beastcoast. The win was rightfully given, but may have helped push beastcoast up the standings when they should have been lower.

To speak for stars, LIES, aikster and @pingudota2, we apologize for the comments made by Plasma and no longer have any affiliation to the org. We will be competing as No Pangolier going forward pic.twitter.com/3p1rE0SgBp

Ultimately, a deep finish in the playoffs would be a great boon to not just the teams involved, but the entire region, as it struggles to return to form. 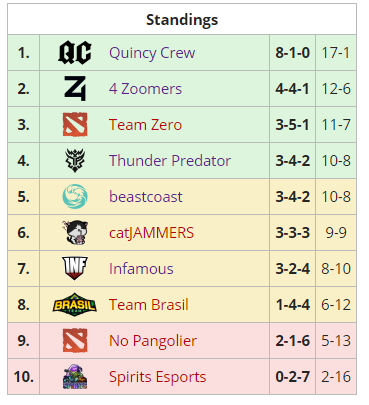 Summit 13 continues on Wednesday, November 4th, with the lower bracket playoff matches. You can catch all the action live on Beyond the Summit’s official Twitch channels.