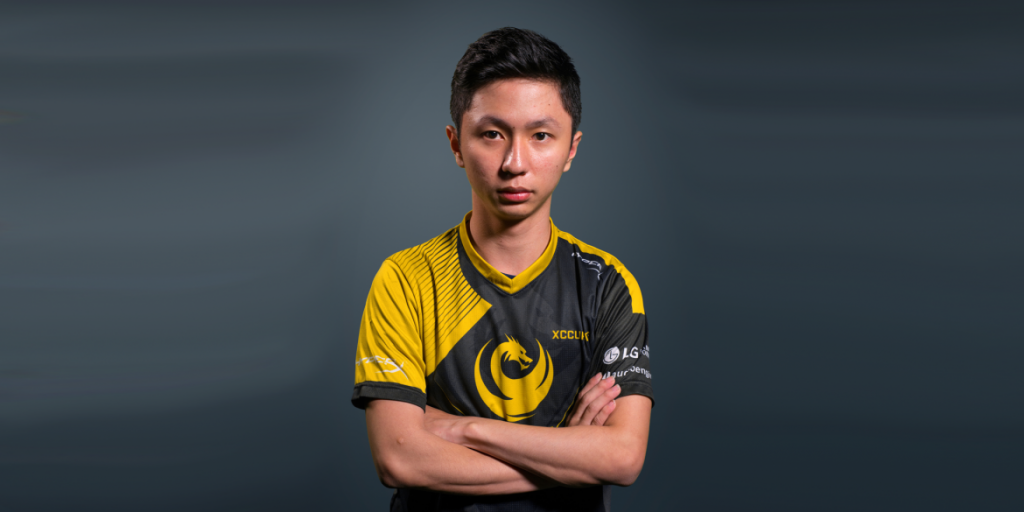 TyLoo has gotten the attention of the CS:GO world but the team still has some communication issues to overcome.

After years of just being on the cusp of top-level international CS:GO scene, TyLoo has finally proven that they do deserve to be considered in the same group as the top 20 teams in the world. A strong showing at the London FACEIT Major saw them automatically qualify for the next major in Katowice, and end up in 12th-14th place, a great showing for them and the best an Asian team has ever done at a Major.

Unfortunately many seem to think that TyLoo may struggle to truly become a top-level team because of communication issues. With three Chinese players and two Indonesians communication happens in different languages, which makes things incredibly difficult for them. So to find out how they feel about achieving history at the Major, and how they plan to overcome the communication issues, we sat down with Kevin “xccurate” Susanto at the FACEIT London Major.

This is a historic moment for your region. Does this add extra pressure to you? Is there more expectations? Or are you guys not bothered?

Kevin “xccurate” Susanto: I think first of all it’s kind of hard for us because as you know Asian CS:GO is not that good as Europe CS:GO, for the moment. Like we really practice hard, we like experience many failure. Every time we qualify from Asian tournament and go into international we always lose and cannot make playoffs. Something like that. But time by time as we practise against Europe team. We’ve a good bootcamp in Europe also and we try to adapt how they play and then we try to play like many Europe team play. So as now like it’s kinda lucky for us also like many people say like that the other teams not get as good opponents. But for me I think like my team is really playing well and we really improves since the last tournament and then I think that really deserve this.

So you mentioned you and try and play a little bit more like the European style but what you hear from a lot of teams when they play against you guys, they are like, oh my gosh we’ve no idea what they’re going to do. Do you not think that gives you an advantage?

Yup, I think it’s kinda mixed between Europe and Asia like. For example, like from the Europe side we like to control, we like to take control first. And we do that but the other stuff, we put a lot of Asian style, for example you know Asians say wherever it’s possible we just rush, and we don’t have any fear. Then it’s kinda like for the other team like what the fuck are you doing? It’s gonna surprise and upset the rhythm.

Communication for you guys, they said it on the broadcast last week like as one of the areas that’s supposed to be difficult for you guys with the different languages and stuff like so what’s it like? Like, in game, is it literally if someone calls something they have to say it in multiple languages?

Actually, that’s the biggest problem that we cannot fix, because like the three Chinese players is not really understanding English. Like they just really know the really, really basic like 1-2 like you know more comprehension is little bit too hard. That’s why sometimes BnTeT is calling right, he need to like really mention them like for example, Somebody could use smoke here and then DD can you molly can you throw the flash something and like that. Then sometimes we mix like for the spot [on the map] we call in the Chinese spot. So to report there is one [players], we might say for example one A site, but it’s actually said as 1A [Chinese words]. It’s kinda like that.

I think if we want to become the best team in the world, of course like our communication isn’t really, really good but our teamwork is getting more better I think. But if you want to be the best it’s kinda hard because like we really need to fix our communication. Yeah, I think we still have a chance.

So let’s say this amazing run continues, you make it all the way to the final of the Major. Which team would you really like to face in the final and why?

In my opinion, I’ve actually got two teams. The first one is, of course, Astralis and the second one is FaZe. For Astralis, against them we have already shown like we can get one map in best of three but in the other two we got beat. And then for FaZe it’s like I don’t know why like FaZe is like our kryptonite like, they’re really good and then maybe we play really under pressure. So every time we play against FaZe we go down by sixteen to six sixteen to three I don’t know what. So, I really want to like meet them to get more confident.

Finally, what placement would you be happy with out of the next few weeks?

Honestly, for now we’re really, really happy because we’ve already reached a new level for Asian CS:GO. But I thought there’s a new rule right? I think if we win only one game and then we get to the next Major. So for us, I think our goal is like at least we need to win one match and secure that.