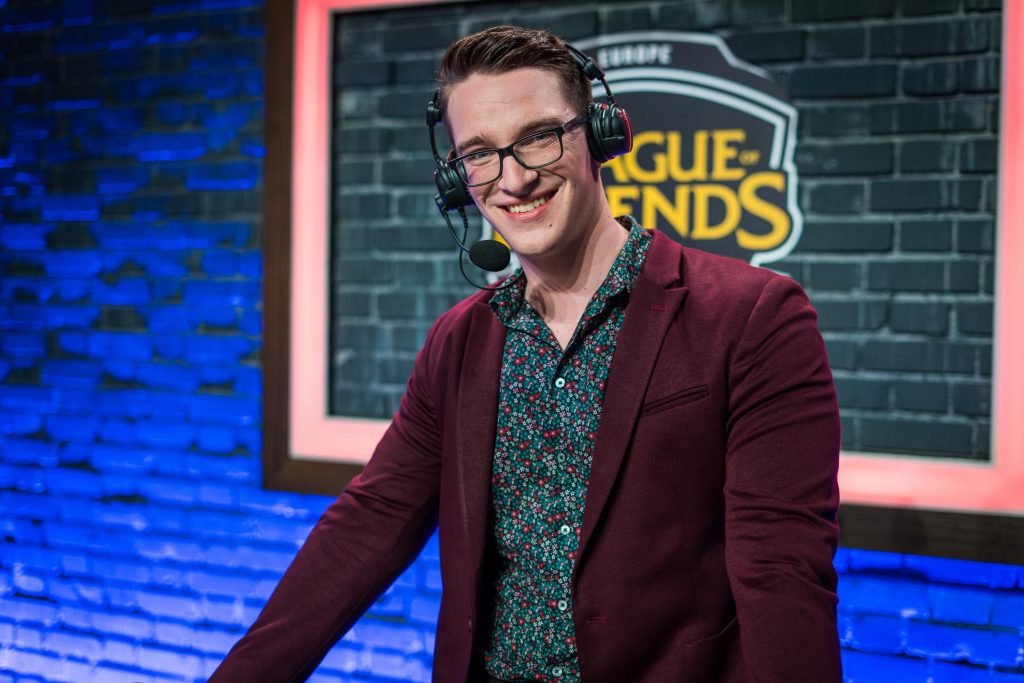 To find out if EU can win worlds, and how the franchising is going to play out, we caught up with Medic. (Photo courtesy of Riot games)

When it comes to League of Legends it has always felt like Europe has been the region that has the potential to win an international event, at least in recent years, but has always fallen just short. Getting to the semifinals never seems to be an issue for the best EU has to offer, but going those extra couple of steps and actually winning the whole event has mostly been out of reach.

However, this year Europe is looking good. Fnatic have proven they are one of the best teams in the world, dominating the EU LCS and taking top four at MSI, and the level of play we saw at the recent EU LCS finals in Madrid was incredibly high. It feels like if Europe really has a chance at Worlds it’s now because next year the massive change to a franchised league comes in.

To find out if EU can win worlds, and how the franchising is going to play out, we caught up with Aaron “Medic” Chamberlain, one of the casters on the EU LCS, out at the Madrid EU LCS finals, which was before the EU Gauntlet got underway.

Looking ahead to Worlds, a lot of people have said Korea is not looking that great this year. Does EU actually have a chance to win it?

Aaron “Medic” Chamberlain: Every year, I think EU has a chance. I definitely think we have a pretty good chance this year. If you look back to MSI when Fnatic played against RNG, it was actually a much closer series than the series’s scoreline actually represented. It’s a 3-0 scoreline but everyone was saying Fnatic looked pretty strong against the top team from the LPL, which is now the major region; the best region in the world. So I think Korea is not the region I’m worried about anymore. It’s LPL, it’s China, and I think if we take Fnatic, well, we’re definitely taking Fnatic. If you then look at Schalke, Misfits, Vitality, all of them are in a pretty good spot to challenge some of those better teams. So I think we have a shot, I don’t think we’ll make it to finals, but I think we’ll probably make a good stand.

Fnatic are locked in for Worlds already, but out of the other EU teams that aren’t yet locked in, which do you think are going to be the ones that do make it?

I think, judging from what my prediction is for today, I think Fnatic will win today, which means Vitality will make it to Worlds. I then think Schalke will win the gauntlet and make it to worlds as well. Especially having watched the start of the game today, Schalke looked really strong and Misfits yesterday didn’t look that impressive. G2 really haven’t impressed me at all this split. So I think if I’m going to pick teams, it’s Schalke, Vitality, and Fnatic.

Schalke have come out of nowhere and suddenly this year just been amazing, after that last time they were in the LCS when they weren’t that great at all. How did that organization manage to turn things around?

I’m actually really fortunate because I followed them through challenger series. When I joined casting Riot at the start of last year, I started casting them in Challenger after they got demoted. And what they did was they set up a really good support network, they brought in really good coaching staff, sports psychologists, they have a separate office and living space, which I think is really important as well. And they established this team around Upset. Upset was their main player and then everyone else was built around him. He brought in Vander originally and that team went 10 and 0 in Challenger Series then wasn’t able to make it into the LCS. Then he brought in Smittyj and they made it back into the LCS but I think what you see in Schalke is the footballing mentality, right? You don’t win the league the season you join the league. You win the league five, six seasons later after you’ve built a base after you’ve established this strong support structure.

They obviously got relegated and in the sports world, you’re used to that. You accept it. But you don’t have that with franchising. Do you think that might turn off a Schalke who are in that merit-based model already and are like, ‘We really don’t want to buy into something for that much money’?

It’s possible. I think the attractiveness of long-term partnerships to me is the fact that you know you’ve got a dedicated spot and you know you can, even if you have a few bad splits, you can push and you can develop your squad. It actually makes it a little bit easier because you take away the threat of relegation and the drop between the Premier League and the Championship that you see in football. I’m a long-term Lesser City fan and I watched my team drop all the way to the first division before we were able to get back up. It would’ve been quite nice to rebuild from a stable base in the Premier League.

Franchising, especially in Europe, a little bit of an alien thing, it’s a very much North American thing. Do you think it will work here? Or do you think it’s going to fall a bit flat?

I was very much of the same mindset of that when I first looked at long-term partnerships and people talked to me about them. I’m from a sporting background, I follow rugby, football where if you get relegated you get relegated. But if you want a team of rookies like Misfits that come up or Vitality that come up through Challenger Series and actually challenge that can happen. But I think that if we can get to the point where esports is accepted, we can get to the point where long-term partnerships are accepted. We don’t have to follow traditional sporting models for our sport to be successful.

So there’s kind of always been the EU NA rivalry, and stuff like Rift Rivals make that more intense. At the minute, do you think the NA could compete with Europe?

No. I’ll preface this. I’m a massive EU fanboy. I always have been. Europe is my home. I’m always going to support them. If you watch their playoffs, TSM are haphazard at best. Team Liquid looked like the only good team in the region, maybe Cloud9 can do something with their rotating seven-man roster but across the board, their mechanically okay to good, but macro wise they don’t know how to play side lanes, it’s very much an ARAM after the 25-minute mark. I ranked my top five teams in the west the other day, and it was Fnatic, Schalke, Vitality, Team Liquid, and then Misfits.

It’s perhaps a little bit unfair to criticise this early on, but do you think the franchising has had any negative impact on the overall quality of NA?

I think, not being in the infrastructure and in the space, it’s hard for me to judge that. NA’s been good at times, and it’s not that NA’s getting worse, it’s that other regions are getting better. EU has elevated recently. Across the board, I’m seeing more growth in other regions then I’m seeing in North America.

So this time next year, do you think the West, in general, will be able to stand up against the other regions?

Do you think the gap has actually closed, is now the closest it has ever been?

Yes. It’s a bit of a meme, but yes, I think the gap is the closest it’s ever been. Especially for Fnatic. Fnatic with Caps, and Rekkles, on a good day, look like a team that could take on anyone.

League of Legends
Share
Mike Stubbs
Mike is a freelance journalist and author, having written for the likes of BBC Sport, Sky Sports, The Telegraph and countless other publications. He is also the author of Esports: The Ultimate Gamer's Guide and severely lacking in Twitter followers.
Follow me