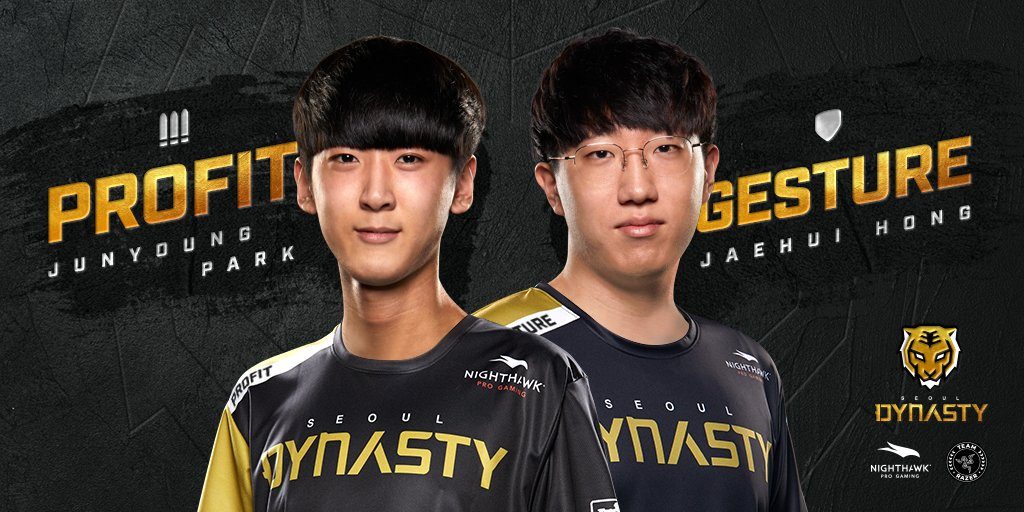 Joon-yeong “Profit” Park and Jae-hee “Gesture” Hong have both signed with the Seoul Dynasty. The Dynasty officially announced the signing less than 24 hours after the duo of star players were released from their contracts with the London Spitfire.

Profit and Gesture have spent their entire professional Overwatch careers playing together, joining forces on GC Busan in 2017. Since then, the tandem has had dizzying highs –  winning the Overwatch League Grand Finals in the Inaugural Season – and experienced some lows – their non-descript exit from the playoffs this most recent season.

Many expected the Dynasty to be making a big impact during this offseason. The lone South Korean team in the Overwatch League was expected to be an attractive option to some of the best Korean players, many of whom were seeing their contracts run out after the second season.

Profit and Gesture have already proven they can be the backbone of a top-tier Overwatch league squad. DPS and Tank positions seem to be in good shape for the Dynasty entering the third season but the support line has plenty of question marks. Both Je-Hong “Ryujehong” Ryu and Jin-Mo “Tobi” Yang are free agents leaving little in Seoul for healing.

The Dynasty made their first massive move of the offseason but it might not be the last.