Prestinni Transfers from Mutineers to Huntsmen 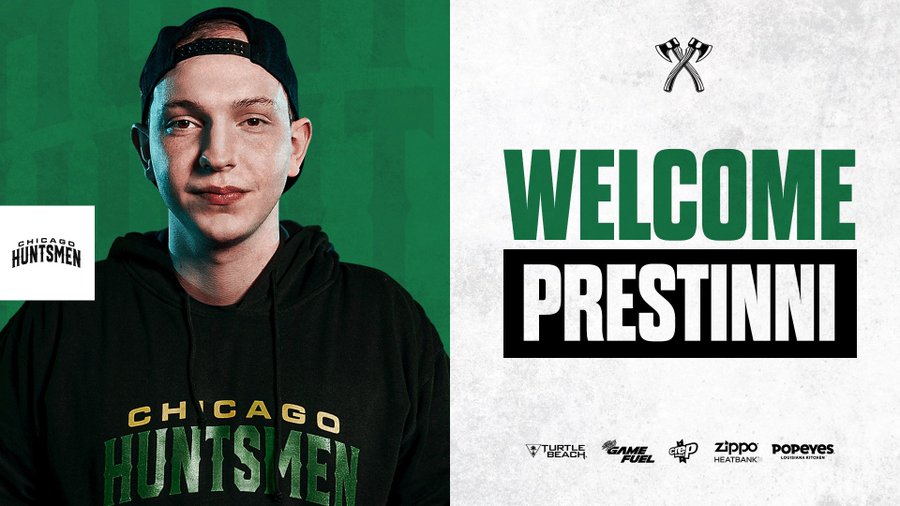 Prestinni and Arcitys are reunited and ready to dominate. (Photo courtesy Chicago Huntsmen)

The Florida Mutineers have transferred Preston “Prestinni” Sanderson to the Chicago Huntsmen, the organization announced today.

Welcome to the team @Prestinni, Time To Hunt 🏆’s. pic.twitter.com/utqto8iAEB

Both players performed strong at the beginning of the Call of Duty League season and went head to head in a few matches. Prestinni led Florida against Chicago in the semi finals of the Atlanta Home Series where they managed to pull of an upset against the dominant team. The twins shared a heart felt moment after the match and Prestinni expressed his excitement to prove that he was just as good on his own.

Prestinni was replaced by Fero on Florida’s starting lineup in early May due to “team approved personal reasons” and has been on the bench since the Los Angeles Home Series event. He has still been a fan favorite, however, and the community has shown strong support in his transfer to Chicago.

Prestinni will likely replace General on Chicago’s starting roster, but this has not been confirmed by the organization. General recently replaced Gunless on the starting roster but has did not compete with the team in a home series.

Chicago is still considered one of the best teams in the league and the addition of Prestinni will likely make them an even harder team to beat.

The Chicago Huntsmen play their first match of the Seattle Home Series against the Paris Legion at 3 p.m. on Friday, May 22nd.