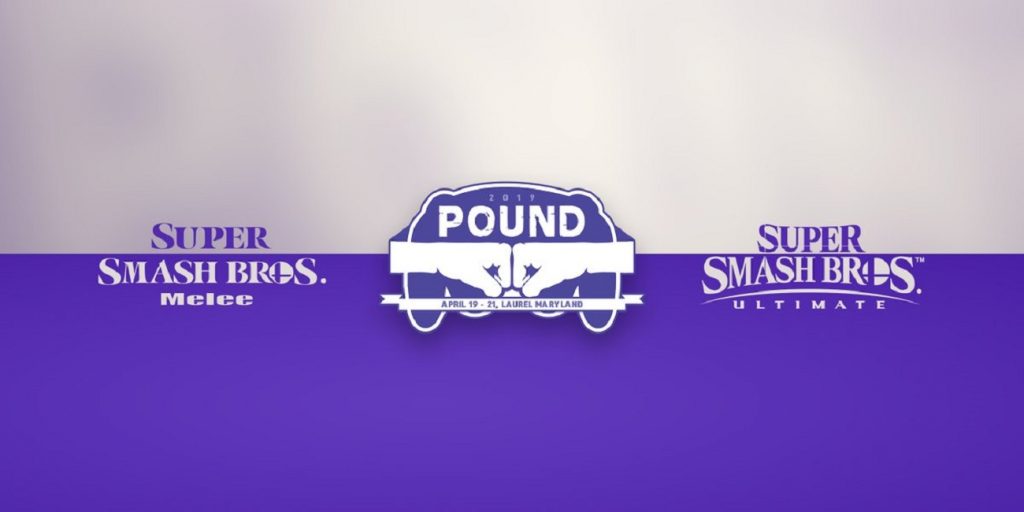 The legendary Pound tournament series will be back this weekend, April 19-21, after a three-year-long hiatus. Pound was established in 2006 and is thus the oldest Super Smash Bros. super major. This year’s event is hosting singles and doubles for Super Smash Bros. Melee and Super Smash Bros. Ultimate along with Squad Strike for Ultimate. Pound will be back with a bang, as there’s a current total of 1,263 registered attendees across the board for Pound 2019.

It feels like it’s been a while since most of the Melee gods have competed under the same roof, so Melee fans should absolutely tune in to Pound 2019. The current number one Melee player in the world, Juan “Hungrybox” Debiedma, is registered for singles for both Melee and Ultimate along with Melee doubles. We’ll also get to see prolific players like Jeffrey “Axe” Williamson, William “Leffen” Hjelte, Joseph “Mang0” Marquez, Jason “Mew2King” Zimmerman, Justin “Plup” McGrath, Zach “SFAT” Cordoni, Johnny “S2J” Kim and Zain Naghmi, just to name a few. Suffice it to say Pound 2019 is going to be stacked for Melee.

Some top Melee players—Hungrybox, Leffen, Plup, Mew2King and Mang0, to name a few—are competing in Ultimate as well. As with Melee, there will be no shortage of top Ultimate talent at Pound 2019. Leonardo “MkLeo” Lopez, Samuel “Dabuz” Buzby, Nairoby “Nairo” Quezada, Ezra “Samsora” Morris, Tyler “Marss” Martins, Eric “ESAM” Lew, James “VoiD” Makekau-Tyson are just a few of the most promising players attending. Given that the latest Ultimate update, 3.0, dropped just yesterday, Pound is likely to run the older 2.0.2 version.

Smash fans across the board have been waiting on Pound’s return for years, and expectations are high. There’s no doubt that Pound 2019 will be one for the books, so be sure to turn into the action, even if you can’t be there in person! It will be streamed on VGBootCamp’s three Twitch channels throughout the weekend.