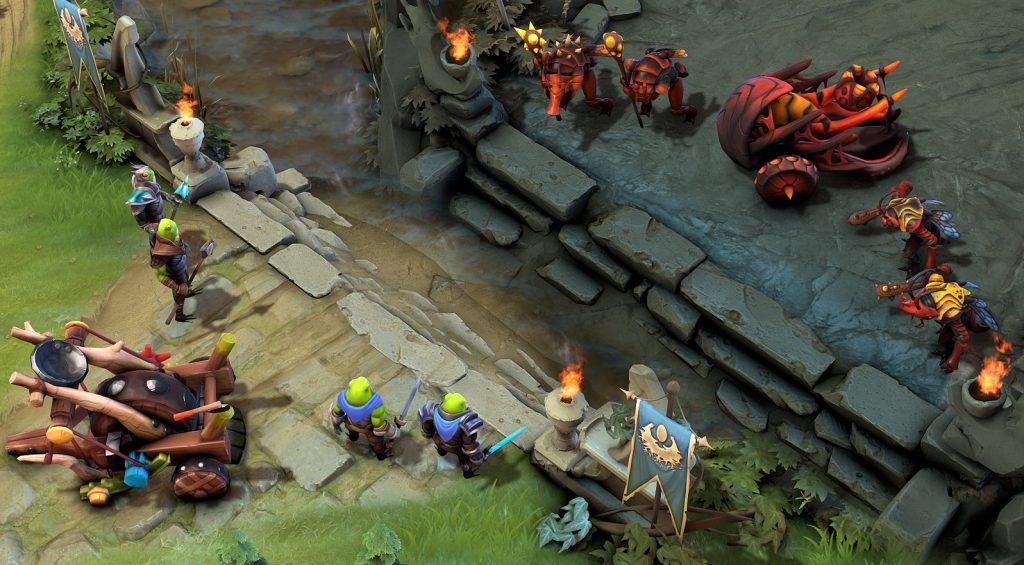 VIP ticketholders at BETWAY Midas Mode 2.0 were enlisted to playtest the custom map after the first day of the event.

If you tuned into the BETWAY Midas Mode 2.0 on day one, then you may have noticed there were some difficulties with the map. VIP fans on site were able to help playtest the custom game last night. It’s just one of the many (albeit unplanned) ways Moonduck has tried to make this event more interactive.

Moonduck Studios has loaded their custom map up with all kinds of goodies funded by fans. There’s also the Creep Chaotic Takeover and VR Roshan functions. Add them all together, and something was bound to break.

While we had a preview of the mode in the first series of the day, due to observer control issues, Moonduck opted to shift to the normal map for the rest of the day. It was done to ensure a higher quality of viewer experience.

Last night, twenty+ VIP ticketholders were able to help stress test the game, getting it into shape for today’s matches. Hotspawn spoke with VIP Jay about the experience.

Jay was part of the creep testing contingent, which he called “really fun”. They also had a Roshan, people playing heroes, and enough people to fill the lobbies.

Jay didn’t want to spoil anything, but he was eager to see the full range of abilities (some useful, some not so much) that the creeps have used in a game. He didn’t envy the job of the observer, trying to keep track of all the chaos that will surely unfold.

Not only did they get to see the map up-close-and-personal, but they had an opportunity to interact with several members of the talent who stuck around to see the testing through. Ever wonder what it would be like to have Kevin “Purge” Godec help you get a custom game set up? Or want to see Jake “SirActionSlacks” Kanner issuing orders, like “you and you, go there, click there?” Where else do you get to play a game of Dota 2 with your favorite talent watching over your shoulder?

We also asked Jay how cooperative he thought the VIP players would be. “I have no idea what’s going to happen when they let them lose, and we can actually see what we’re doing. If we’re going to coordinate to do useful things, if we’re going to spam memes, if we’re going to try to do both.”  We vote for both, for what’s worth. Jay did say that if the pros asked them to do something specific, it seemed like a good idea to listen to them.

There’s little doubt that at least some of the VIPs have been discussing it, and we shouldn’t be surprised if they come up with a coordinated approach.

A final thought from Jay?

“I’m very excited to see on day two what the [new features] do for the game.”