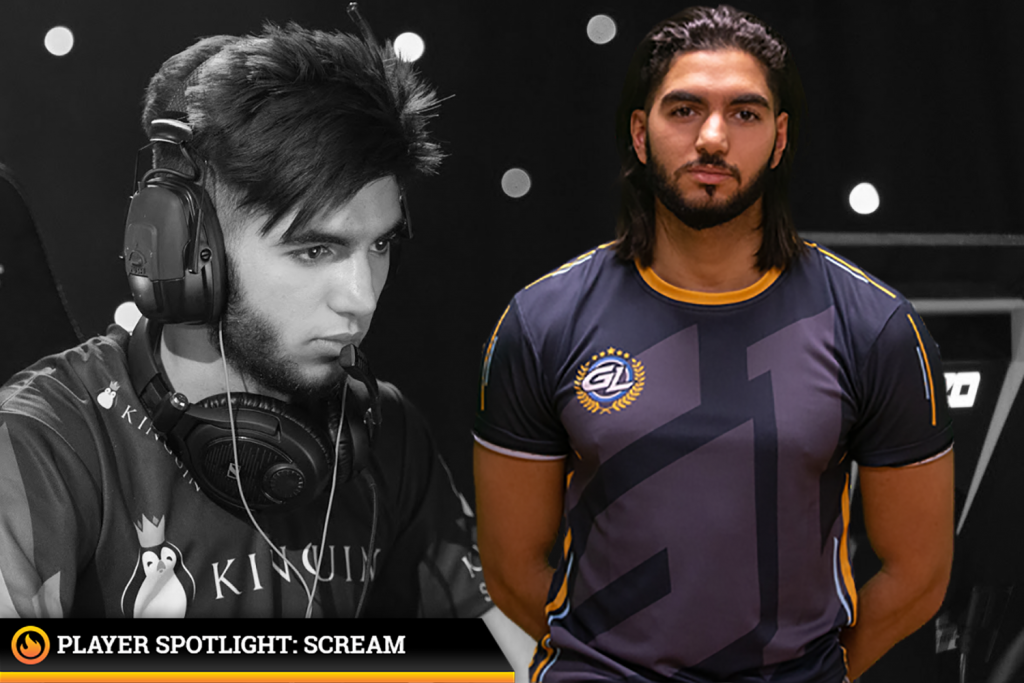 ScreaM was a prominent name in French CS:GO, and now his sights are set on a new FPS.

When discussing the French Counter-Strike scene, what is really being discussed is the French-speaking scene as there are a number of notable figures that stood out from the predominantly mono-national landscape. Leaders and fraggers from Belgium, Switzerland and even the United Kingdom have played their roles throughout the history of ‘French’ Counter-Strike.

Adil “ScreaM” Benrlitom is one of the most notable of these figures who is often labelled as French but is actually Belgium’s brightest star. The “headshot machine” has always been mechanically formidable but his own mindset saw him fall from top teams and now he looks set to be “reprogrammed” to bring his skills to a new FPS game.

Counter-Strike: Source was the playground for the majority of the French scene’s most notable CS stars and ScreaM is no different. He rapidly made a name for himself on teams like 3DMAX, Team LDLC and Tt.Dragons and was declared Player of the Year by VaKarM in 2012 with 57.83% of the votes after coming third in the ‘Hope for the Future’ award two years previously.

The launch and subsequent initial years of competition in Global Offensive saw talent spread across numerous French rosters. Initially part of Epsilon Esports in 2012, ScreaM would quickly climb to incredible heights as he moved between teams.

The esteemed VeryGames organization was ScreaM’s home throughout 2013 where the team won a variety of events including multiple Mad Catz Invitationals and StarLadder StarSeries VII following the retirement of Cédric “RpK” Guipouy. While the leadership of Kevin “Ex6TenZ” Droolans would see players thrive, his Major curse struck early. During the first Major, VeryGames fell to Ninjas in Pyjamas in the semifinal, with the Swedish team being VG’s greatest rival at the time.

ScreaM’s individual performance saw him crowned the seventh best player of that year and widely regarded as one of the best aimers in the game. His headshot percentage was 75% in 2013 and to this day, his career headshot percentage is 68.1% historically including LAN and online play. In comparison, Nikola “NiKo” Kovac’s is 50.3%, Denis “electronic” Sharipov’s is 50.8% and Kristian “k0nfig” Wienecke’s is 55.3%.

Titan’s entry into CS:GO came when VeryGames were unable to continue supporting the team financially going into 2014. It was in this year that the first French shuffle took place, with ScreaM and two others on Titan replaced by a trio from Team LDLC. In the end, ScreaM would return to Epsilon Esports as the dust settled, outside of the two dominant French squads.

Unlike Tyler “Skadoodle” Latham who had a similar brush with danger on the North American iBUYPOWER team, ScreaM was not on either the Team LDLC roster that won DreamHack Winter 2014 nor Team EnVyUs when they were crowned Major champions at DreamHack Open Cluj-Napoca 2015.

ScreaM represented Belgium at The World Championships 2015 after qualifying for the event but they were eliminated by Norway in the group stage while, ironically, France went on to win the title.

It looked like ScreaM could be left out in the cold as the two in-game leaders of the strongest French squads led the way without him. The ceiling ScreaM had the potential to reach meant he would get more chances to make an impact.

Way of the Samurai

Team Kinguin saw ScreaM on a roster with Scandinavian and Portuguese talent. At a time where Swedish powerhouse Fnatic were mainly pursued by French, Polish and Danish lineups, the international Kinguin team were impressive in the server, earning a Legends spot at ESL One Cologne 2015 and winning the ironically named Gaming Paradise tournament.

After starting out as Gamers2 with a Polish lineup, G2 Esports would go on to sign the Kinguin team, initially as G2.Kinguin in September 2015 but ScreaM would only play there for two weeks before being bought out by Titan.

Competing as ex-Titan, ScreaM found himself on G2 Esports once again as the organization became French with the signing of the former Titan players after its own international players were sold to FaZe Clan in 2016. 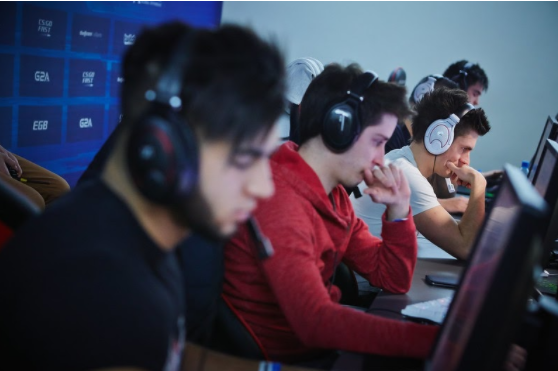 While ScreaM had played with shox previously on Source on both 3DMAX and Tt.Dragons and were together in the early days of GO on Millenium and VG before Titan, it was this union under G2 that saw the pair become one of the most deadly duos any opponent would face. With consistent form against all levels of opposition, ScreaM looked redeemed under the captaincy of shox following the removal of Ex6TenZ.

ECS Season 1 saw G2 take the trophy over reigning Major champions Luminosity Gaming in convincing 2-0 fashion. ScreaM took the MVP medal, the only one he has ever earned in his career, for the event, finishing with a 1.40 rating and +76 K-D difference. The top three players for the entire event were all on G2, with shox and RpK taking second and third respectively.

For the first time since 2013, ScreaM once again appeared on HLTV’s top 20 players list, taking 2016’s ninth spot. Despite the success, the overall form of the team had dropped. Crashing out of ESL One Cologne 2016 and second place finishes at StarLadder i-League StarSeries Season 2 as well as Northern Arena 2016 Montreal were not enough to save the roster in its current form.

When the third French shuffle came, many were shocked to see ScreaM left out of what would later be dubbed the French superteam. Rather than remove young blood Alexandre “bodyy” Pianaro who had replaced Ex6TenZ a year previously, shox opted for RpK and ScreaM to depart.

ScreaM requiring too much space to unleash his playstyle’s potential while also being a less-than-consistent fragger were the reasons shox gave to justify the move and Team EnVyUs was once again a project for Happy to utilize the otherwise discarded pieces remaining after a French Shuffle. 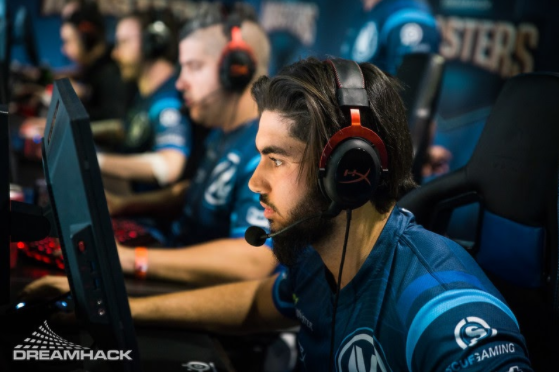 2017 saw the title of DreamHack Open Atlanta champions bestowed upon EnVyUs and despite being France’s second strongest team with mediocre finishes at events, the internal dramas would soon consume them as had become standard for French lineups.

An uneventful streak led to a mutiny by Fabien “kioShiMa” Fiey, who took the EnVyUs players to CS:GO Asia Championship and the Europe Minor for the FACEIT London Major 2018 under the name LeftOut as the organization released its main and academy players in June. Despite a fearsome reputation among the other contenders, LeftOut crashed out before playoffs and the roster imploded soon after.

The end of 2018 was messy for ScreaM after a stint standing in for Fnatic and a month spent on NoChance. It wasn’t until March 2019 that the Belgian-Swedish mix team with a hint of Estonian Uruguay would be signed by Team GamerLegion.

Before the organization moved towards a full Swedish lineup, ScreaM helped GL achieve a second place finish at Moche XL Esports and a semifinal run at the Good Game League 2019. ScreaM’s time on the bench from September saw him stream and remain in fan discussions when looking at G2 Esports and Team Vitality whenever roster rumors flared up.

There was something new on the horizon as 2020 began. Riot Games had previewed its upcoming FPS title ‘Project A’ during its birthday celebrations. With clear Counter-Strike roots and inspiration, ScreaM wasn’t the only player whose attention was drawn by the game and its potential as a future esport.

Almost a year since becoming inactive on GamerLegion and six months after his last official tournament match, ScreaM looks set to be one of many CS:GO professionals making the leap to VALORANT as he was announced as part of FACEIT’s VALORANT Pro Division.

A legendary Belgian player is joining the Valorant PRO DIVISION ! You love watching him playing, here he is, please welcome the aim star @ScreaM_ ! pic.twitter.com/FSdqAmsiMa

One fellow Prodigy Agency player and fellow former G2 Esports CS player is Oscar “mixwell” Cañellas. He was announced as G2’s first VALORANT signing and the pair have played numerous times together over the course of the Closed Beta and since the official launch.

Like Starks always being in Winterfell, there will still be a Benrlitom in Counter-Strike if ScreaM officially leaves the scene. Nabil “Nivera” Benrlitom of Team Heretics is making waves like his older brother before him.

The issues that struck during his Counter-Strike career becoming problems of his past rather than his character could easily see him become one of VALORANT’s strongest starting superstars in Europe.