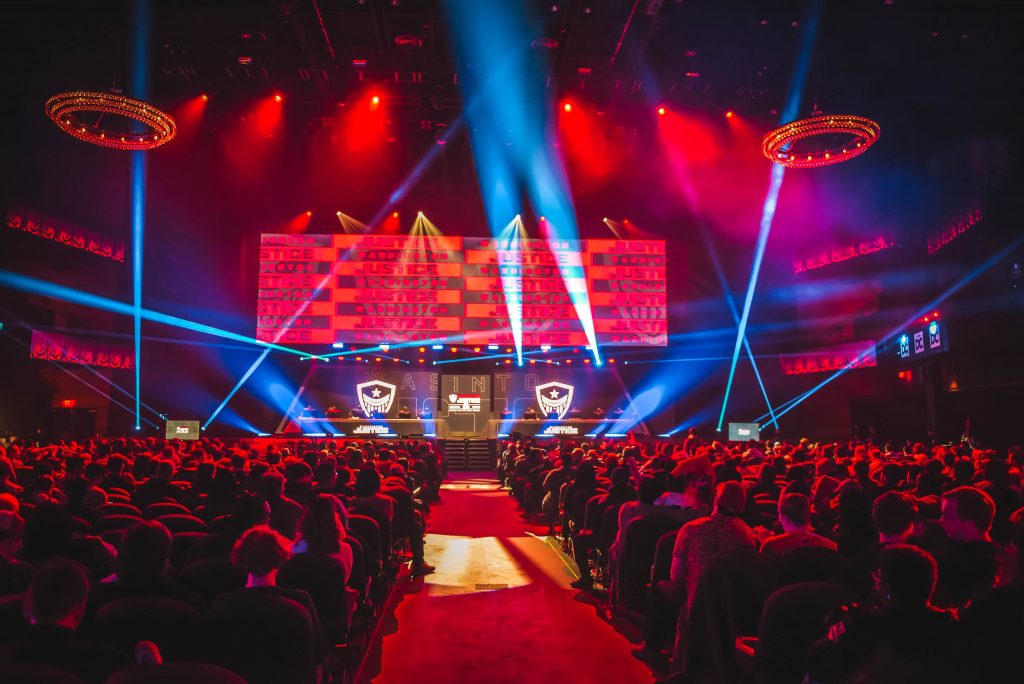 Philadelphia got their first loss of the season last weekend. (Photo courtesy Blizzard)

Washington hosted their second Overwatch League homestand of the season which was known as the “Battle for the East Coast”. They lost twice in front of their home crowds in two disappointing performances in their first homestand, but the team was not ready to let that happen again and were able to secure a victory against Boston. Philadelphia lost their first match of the season in an exciting series against Paris that went to game five, and Houston continued to make up for their poor performance so far this season.

The weekend was full of redemption and stunning defeats that continued to prove almost every team in the league has a shot at the title.

Florida has had a rough Overwatch League season so far. They entered the weekend on a three-loss streak and suffered disappointing losses to New York and London last week. Toronto also lost both of their matches last weekend, and both teams had a 1-3 going into this week’s homestand. Florida was determined to end their losing streak and beat Toronto 3-1.

Toronto started the series off strong and secured a 2-1 victory on Busan. Logix dominated Florida’s backline as Tracer and helped secure the final point to win the match.

Don't look now, but @LogixOW is in your backline! 👀👀#RiseTogether #OWL2020

Florida did not let the first map faze them, however. They were able to achieve a full hold and take a 1-0 victory on Junkertown tying up the series. Florida was able to counter Toronto’s DPS and won the second third game on Blizzard World. Toronto could not shift the momentum back in their favor and lost the final match of the series on Hanamura 1-0. Lane “Surefour” Roberts had a great performance throughout the series but was not enough to prevent the loss.

Florida ended their losing steak and sent Toronto further down the leaderboards.

Houston secured their first Overwatch League win of the season last weekend and continued to make up for their tough start against Paris. Paris is the fifth ranked team in the league and entered the weekend with a solid 3-1 record. The banned heroes did impact their team composition however, as Benjamin “BenBest” Dieulfait could not use Reinhardt. Houston capitalized on the odd hero compositions and achieved a swift 3-0 series victory.

Houston beat Paris on Oasis 2-1 and secured the second match on Havana 1-0. The series ended with a 2-1 Houston victory on Eichenwalde where Tae-Hong “Meko” Kim was able to secure key eliminations with D.Va’s Self-Destruct.

The victory pushed Houston up to eleventh place in the League rankings and was another step forward in redeeming their poor performance earlier this season.

Washington lost both matches in front of their home crowd at their last Overwatch League homestand weekend. The team was not ready to let history repeat itself and achieved a strong victory over Boston.

Boston started the series off strong with a 2-0 win on Busan but could not maintain the momentum. Washington’s DPS player Corey “Corey” Nigra displayed a dominant performance as Tracer which allowed Washington to achieve a 2-1 win on Havana.

Washington continued to put on a show for their home crowd and secured a 3-2 win on Eichenwalde before finishing the series with a 2-1 win on Horizon Lunar Colony. Boston mistimed several ultimate’s that Washington was able to counter with little ease. The mistakes allowed Washington to close out the series on map four and secure a win in front of their home crowd and redeem themselves for their previous homestand performance.

Philadelphia has been an unstoppable force so far this Overwatch League season. The team entered the homestand undefeated and had beaten several strong teams in the league. Paris was not ready to lose both matches this weekend, however, and delivered a stunning defeat to Philadelphia.

Paris came out swinging on Ilios and achieved a 2-0 victory. Dan un “Nosmite” Jeong was able to survive and secure important kills to win the match.

Paris and Philadelphia went back and forth on Junkertown which ultimately ended with a 3-2 Paris victory. Philadelphia was almost able to take to the final point into overtime thanks to an incredible performance by JaeHyeok “Carpe” Lee. Carpe used Doomfist to contest the point but was eventually eliminated by Paris. Paris also achieved a new attack time record on Junkertown as a bonus to the exciting match.

Paris was able to counter Carpe who has been a nightmare for teams all season. The victory over Philadelphia confirms their spot as a top team in the league. Paris was able to identify their mistakes from the previous day and changed their team composition to take out Philadelphia.

New York is one of the strongest teams in the Overwatch League and entered the weekend with a 4-1 record. Washington won their first match of the weekend which gave the team a much-needed morale boost but was not enough to repeat their success.

Washington won the fist match 2-0 on Nepal and seemed to be on their way to another series win. Minseok “Aimgod” Kwon had a solid performance using Zenyatta that helped Washington maintain momentum and swiftly secure the objective.

There is NOTHING tranquil about @aimgod_ow's Zenyatta play! 😱😱😱#JusticeFighting #OWL2020

This would be Washington’s only taste of victory in the series, however, as New York refocused in on the second map. They took Dorado with a 3-2 victory. Yeon-Gwan “Nenne” Jeong helped secure key eliminations to secure points which maintained New York’s momentum. They’re known for their coordination which was on full display in the second match.

New York took the lead in the series with a 3-1 victory on King’s Row and forced the series to game four. New York secured an easy 1-0 victory on Horizon Lunar Colony where SeongHyun “JJonak” bang achieved an incredible sleep dart shot while using Ana.

Washington had a better performance in their second homestand but was unable to compete against New York. New York maintained their position as top team in the league and currently sit at the number three spot in the standings.

The final match of the homestand weekend saw Boston go against Atlanta in a one-sided performance.

Atlanta dominated on Oasis and achieved an easy 2-0 victory. Taehun “Edison” Kim showed off his skills with Reaper and dominated Boston in overtime in the first round.

.@Edison_OW announces his entrance to the Overwatch League with AUTHORITY! 🌪️🌪️#LetItReign #OWL2020

Atlanta continued to dominate Boston and won Havana 2-1 with little trouble. Edison continued to establish himself as one of the best DPS players in the league with another strong performance on Eichenwalde to close out the series. Boston could not form a solid team composition to counter Atlanta’s chemistry and coordination and suffered their second loss of the weekend.

Atlanta is currently ranked sixth in the league with a 2-1 record and will likely continue to be a competitive force.

The next Overwatch League homestand weekend will be hosted by Florida Mayhem March 14th and 15th. Atlanta will start off the weekend with a tough match up against New York. Philadelphia will go against London who are currently 3-2 and are not a team to take lightly. Florida will face Paris in the first match in front of their home crowd and will have their work cut out for them. Their second match of the weekend will be against Boston who will hopefully be able to refocus and perform better than this weekend.

Toronto and Washington will face off in the first match on the 15th. Toronto will have an opportunity to improve their 1-4 record while Washington could possibly continue to move up the leaderboard. London will also compete against Atlanta in their second match of the weekend, meaning they are going to play against two of the strongest teams in the league. Fans will have to wait and see if they can compete and prove themselves as strong competitors.