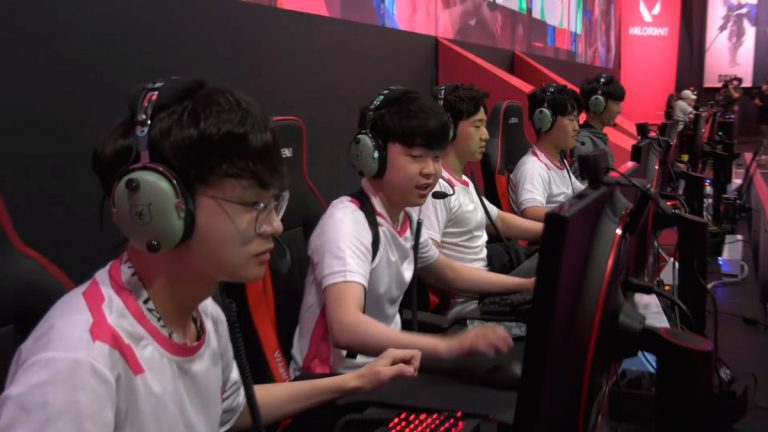 Vision Strikers at their first, and only, LAN appearance so far. (Photo courtesy Riot Games)

Throughout the various VALORANT regions, there are arguments to be made about who the top team is. In North America, Team SoloMid and Sentinels shared the crown throughout the Ignition Series, and the field behind them is steadily improving. G2 Esports and Team Liquid are in the midst of lengthy winning streaks, and seemed destined to meet to determine control of Europe. There are other impressive teams as well; like JUPITER in Japan and EXO in Oceania. But one Korean team in particular looks unbeatable because *checks notes* they’ve never been beaten. The Vision Strikers have played 43 series’ since their inception, and haven’t lost a single one.

How have they done this? Where did they come from? And will this winning record remain unbeatable when international competition begins?

Like many of the teams finding a plethora of early success in competitive VALORANT, Vision Strikers are composed of former CS:GO players. But while many VALORANT teams in Europe and NA are comprized of fresh roster compositions, the Strikers are unique in that most of the roster all competed in CS:GO together under the MVP PK banner, and left the game behind together as well.

Korea is certainly no Denmark or Sweden when it comes to Counter-Strike. No team from that region ever worked their way through qualifiers to compete at a major, but MVP PK came far closer than any other team. Throughout their CS:GO tenure, they came just a couple of series away a handful of times. 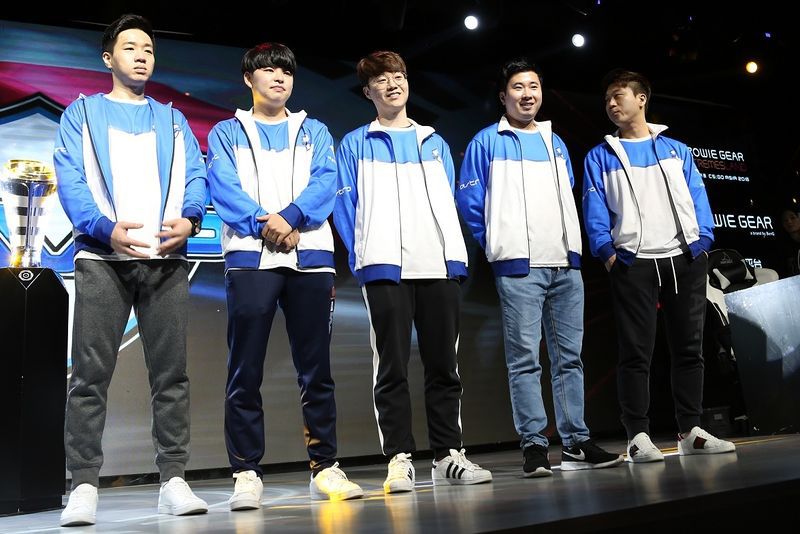 One of MVP PK’s former players, Seon-ho “xeta” Son, who now plays for Cloud9 Korea, acknowledged the “PC Bang 2004 incident” as the primary reason for Counter-Strike’s failure to take off in Korea as it has in other countries. In 2004, Valve charged PC bangs in Korea $15 per month per computer just to run CS, and the PC bangs responded by banning Valve games. As a result, the Counter-Strike scene perished.

Years later, in Counter-Strike’s absence, League of Legends flourished in the PC bang atmosphere, transforming Korea into one of, if not the most competitive LoL region in the world. That strong relationship between the country and Riot Games has helped open the doors for VALORANT to take off and fill the tactical shooter void that’s been there for years.

For their years of dedication to the tactical shooter genre, the former MVP PK players, now donning the Vision Strikers pink, have an opportunity to establish themselves at the top of Korea. And they are most certainly making the most of that opportunity.

Vision Strikers’ streak allowed them to dominate the Korean Clan Battle Acts tournaments, winning not one, now two, but three of the first acts. The points they earned allowed them to skip the fourth act and still finish with the top spot in the “league”.  Their spot earned them a shot in the First Strike closed qualifier – which they also won, becoming the first team to qualify for the regional final.

Part of this streak has come from untouchable dominance on Split, as the Strikers have gone a perfect 15-0 on that map (according to VLR.gg), winning two out of every three attack rounds and three out of every four defense rounds. They’re not too shabby on the other maps either, going 28-3 on Haven, 11-3 on Ascent, and 17-5 on Bind. 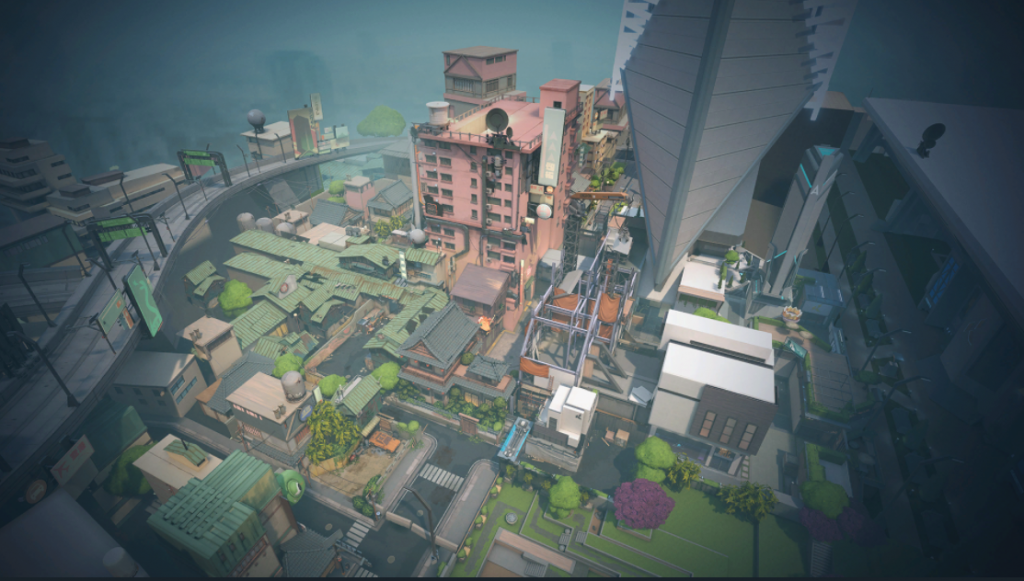 Vision Strikers have been perfect on Split so far. (Photo courtesy Riot Games)

The agent lineup they’ve found the most success with is Breach (played by stax), Omen (glow), Jett (Rb), Cypher (k1ng), and Sova (Zest). Rb has proven to be deadly on Jett, notching a 1.36 KD across 1260 rounds played, and an Average Combat Score of 236.3. He’s third in KD, tied for third in clutch percentage, eighth in ACS worldwide, and number one overall in headshot percentage (25%) for Jett players. glow is also in the top ten globally for KD and headshot percentage for Omen players, while stax is dominating other Breach players across the world (first in ACS, KD, Average Damage per Round, and clutch percentage).

Vision Strikers’ primary agent composition combines all the aspects needed for success: blinds from Bleach, backstab/smokes from Omen, information gathering from Cypher and Sova, and pure dueling ability plus smokes from Jett. And when three of your players are top ten in the world at their respective agents, it’s easy to see how they’ve run through Korea so easily.

So, You Think You’re Untouchable?

Not to diminish the early achievements of Vision Strikers, but they are a long ways away from the most impressive streak in tactical shooter history. From August 2012 to April 2013, the Ninjas in Pyjamas CS:GO team went an unbelievable 87-0 on LAN. And that’s not a series record like Vision Strikers’, that’s a map record. They never lost a map at an offline event for eight straight months.

By default, Vision Strikers can’t match the NiP record because they’ve obviously dropped maps. But their streak on its own is still impressive to say the least, and is similar in multiple ways. For one, it’s happening at the very early stages of the game’s history (NiP’s run began the same month CS:GO released, at their very first tournament). 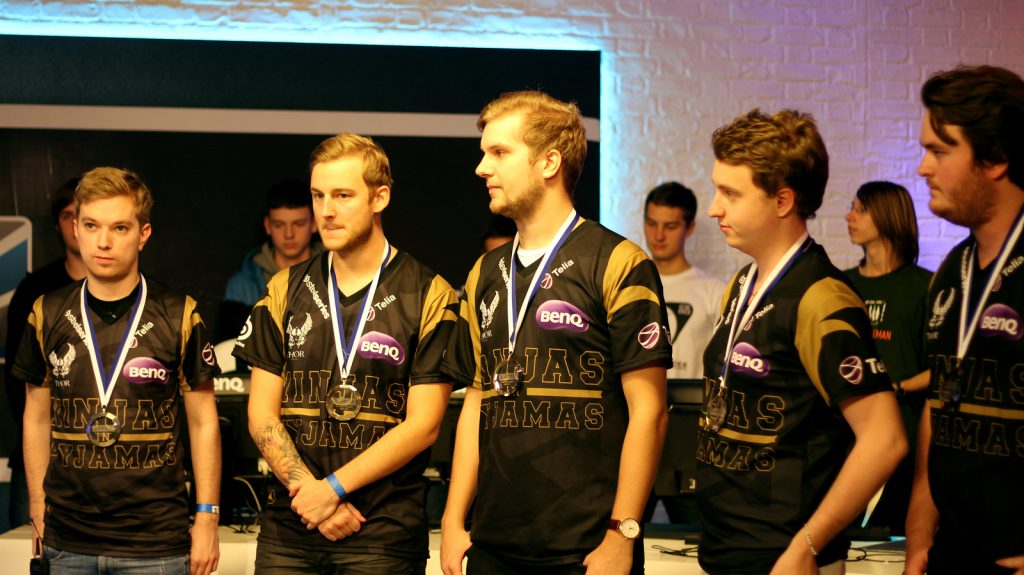 Ninjas in Pyjamas in the midst of their 87-0 LAN map record. (Photo courtesy DreamHack)

Because the Strikers’ streak is based on series wins and not map wins, they don’t need to focus on being perfect, just on winning. They’ve been doing quite a lot of winning, and their recent victory over Feel So Good at the First Strike qualifier has already punched their ticket to the Regional Finals. The unofficial kings of Korean VALORANT can make it official in December, and bolster their streak to boot.

Eventually, that streak has to come to an end; there’s no question that Korea is going to grow into a more competitive region, which only makes it harder for future teams to beat the Vision Strikers’ streak. But for now, the Strikers are still streakin’, and all of Korea is on notice.