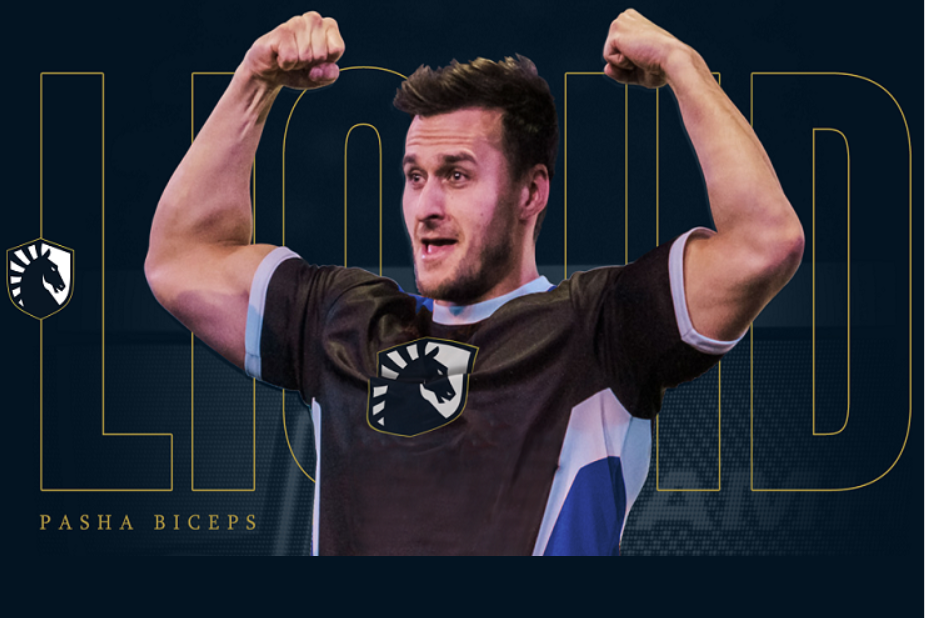 It seems that the days of CS:GO competition are not over for the legendary Polish player. (Photo courtesy Team Liquid)

Jarosław “pashaBiceps” Jarząbkowski announced on Tuesday that he will be returning to CS:GO competition, leading up the Liquid Biceps team which is set to compete in the Polish Esports League. Pasha signed with Team Liquid as a streamer and content creator in August, after retiring from professional CS:GO competition in 2019. However, it seems that we have not seen the last of the legendary player, and his biceps, in action.

I missed so much this esports thrill, so i'm returning to being a player. I gathered talented youngsters and created 𝐋𝐢𝐪𝐮𝐢𝐝 𝐁𝐢𝐜𝐞𝐩𝐬, with whom I will play in @pleleague. Let's see what Papi can do. 😁Thanks @teamliquid for motivation! Show must go ON pic.twitter.com/XYxUnf5Wfe

Pasha first started competing in Counter-Strike back in 2004. Throughout his career he competed with notable teams like DELTA, ESC Gaming, and most famously, Virtus.pro. He played with Virtus.pro for nearly five years, during which time the team experienced great success, bringing in first place at the ELEAGUE Season 1, DreamHack Open Bucharest in 2016, and the DreamHack Masters Las Vegas in 2017. In 2014, Pasha was voted 3rd best player in the world by HLTV, and in 2019 he had the honor of presenting the Intel Extreme Masters Season 13 Trophy at the IEM Katowice Major.

When Pasha retired and moved over to full time content creation last year, most assumed that his days of professional competition were over. However, the competitive itch seems to be too great for the veteran player, so he created Liquid Biceps, a team named after his prized muscles. The stated mission of Liquid Biceps is to bring together some talented young players and compete alongside them in the PLE. Specific details on who will compete alongside Pasha on Liquid Biceps are still forthcoming.

Liquid Biceps will compete against the likes of Illuminar Gaming, Pact, Avez Esports in the upcoming PLE Counter-Strike tournament series which will determine a new champion of the Polish CS:GO scene. That competition will kick off next week on October 14th.