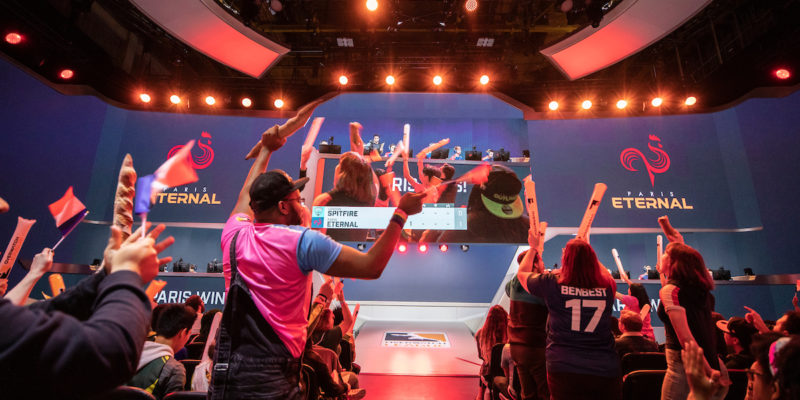 The Paris Eternal homestand has been added to the list of OWL events to be canceled. (Photo courtesy Robert Paul for Blizzard Entertainment)

Coronavirus strikes esports again as news has surfaced that the Zenith theater, where the Paris Eternal’s first homestand series was set to take place April 11th, has canceled all events before April 15th.

Regulations related to COVID-19 state that all gatherings of 1000 people or more are banned before April 15th, with the possibility of this ban going further.

The day after the Zenith theater released a statement on the band, Paris Eternal followed up as well.

This is not the first time that the Overwatch League has had issues with the coronavirus outbreak. All homestands in the Asian region have been canceled, with no make up matches yet announced by the League. This has made it so that every team in the East Pacific region has still yet to play a match, a situation that won’t be remedied until early April.

COVID-19 continues to seriously impact esports events as more than ten events at present have been forced to reschedule, bar audiences, or outright cancel.

The Paris Eternal’s first homestand was set to have 14 matches, feature teams from all over the world, including teams from the aforementioned Pacific East division as part of the beginning of their western tours.

The Overwatch League’s standings have been thrown into complete chaos by these cancellations, and surely is a stress test on Activision Blizzard’s vision for teams running their local markets.