PapaSmithy: “We Need to Chart Our Own Path” 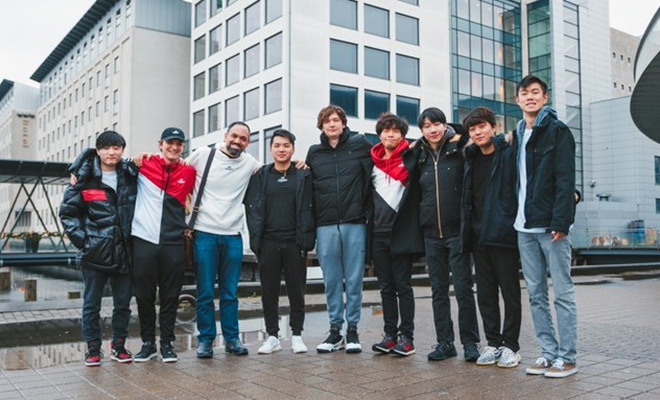 PapaSmithy’s goal at 100 Thieves has always been to enhance the League of Legends program. Anything less than a World’s berth in 2020 will be a disappointment in his eyes. (Photo courtesy 100Thieves)

Following a third place regular season finish and a fifth place playoff finish in Spring, 100 Thieves entered the Summer Split with their eyes on an invitation to the World Championship.

Their first game of the season on June 12th ended in an unfortunate loss against Evil Geniuses, but the team remains hopeful. Hotspawn spoke with team General Manager Chris “PapaSmithy” Smith about 100T’s split opener, plans for their League of Legends program, and his recent casting escapades with 100T streamer Yassuo.

Hotspawn: You guys were looking pretty good during the first part of the match and unfortunately lost your lead. Where do you think it went wrong?

PapaSmithy: Obviously the start was pretty promising. When you’re against Ez-Yuumi, a lot of the strategy is around vertical jungling, you know? Taking control of the bot side of the map and stacking Drakes. There were definitely a few moments during the game where you could see a lot of de-sync between people where people knew what their jobs were, but were not necessarily linking up with the other pieces in the chain in the way they needed to. That didn’t necessarily manifest in the huge early gold deficit or anything like that, but it’s about matching our practice and how clean we are at our best. So they were kind of concerning signs. but nothing to blow up or anything.

As the game went on we started to make a few bad decisions and just opt into this super-farmed Corki. He got gold and a farm lead and it kind of fell apart from there and we couldn’t get first setup anymore. There was some good mixed in but the performance was definitely disappointing.

Hotspawn: I want to ask you about [Tommy “Ryoma” Le]. What’s he like to work with as a person and player and how would you stack him up against other mids in the league?

PapaSmithy: He’s really good to work with. He’s a self-motivated guy who works really hard, he watches all the tape of all the best mid laners and watches back his games. He learns really quickly; he’s a bit of an information sponge. All of the intangibles are there, but it also has to be backed up with stage games. It clearly wasn’t in the first round-robin of Spring and then it started to get progressively better. Given his form in the offseason, he was one of the highest rated mids on [North American] solo queue for a good while there, there’s a lot to be optimistic about. You can’t help if you work with this guy to want to see him succeed, but obviously you don’t look at the game just played as a shining example.

I think a lot of fans will miss that he was very active on the map and moving to plays, but when there are no results coming through and Evil Geniuses can back up or move away, then moving to a play just netted you a five CS loss or 10 CS loss. That’s what kind of stacked up. I think the mindset of what he was trying to do. Where the meta is at you wanna push and roam [as a mid laner]. But when those little information gaps I talked about came together, it was often Tommy that ended up losing a bit and losing a bit and losing a bit. When you’re against a scaling matchup like Corki and he cleans up and keeps getting incremental CS leads, you’re just going to end up being the fall guy. Somebody has to be the fall guy and it ends up being Tommy here. On the one hand I like some of the ideas, but both the execution and the overall just didn’t come together, so definitely don’t look at this one as a good result for him.

Hotspawn: With as much analytical skill as you have, are you involved at all with team talks? Do you talk strategy with coach [Tony “Zikz” Gray] or weigh in at all?

PapaSmithy: I think it’s really risky to overstep as a GM. I think there’s a lot of scope to get in there and mess things up that are working quite well, and I think the overall trajectory of our team is on the up if you look back to January and then to now. So I think the most that I do, and this is what I sold to Zikz before the season started, is if I feel like I’ve noticed something or a trend that isn’t being reflected in the players’ discussion. To me the players speaking up to each other and to the group and to the coach is the most important thing and then the coach is really important to facilitate that and to lead depending on what the situation needs. I feel like I’m more of a distant third in a lot of ways there, below an assistant coach or something, where I can never know if the important thing I’m thinking of is something that hasn’t already been asked and answered by Tony. So, in the moment, I never want to overstep or undercut his ship, but when the day is over that’s when I’ll have a side chat or send a message and have a call, or weekly checkups with staff and all that. I mostly try to bite my tongue and not come in with the “I know best,” because you don’t hire people to do a certain job and then override them, that’s not the way it should be.  So picking my battles and making sure that if I think there’s something really important then my voice is heard, but at the right time and to the right person rather than running my own ship. 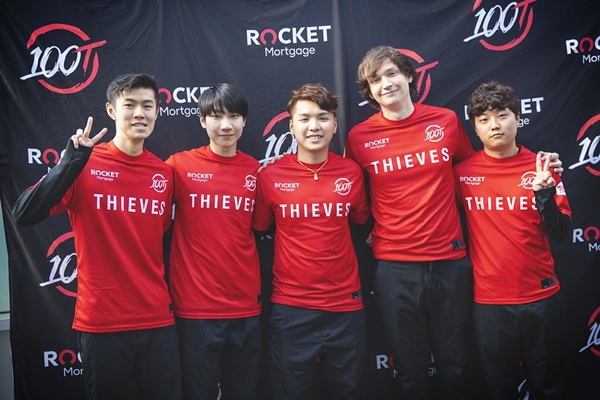 Hotspawn: So what would you say your vision is for the League of Legends program at 100 Thieves? Beyond 100 Thieves Next do you have anything in store?

PapaSmithy: I think for us it’s a lot about fine-tuning our program and actually delivering on a developmental promise rather than using it as a buzzword. We definitely didn’t bring on Next for an easy PR win. We truly believe in starting grassroots and being aggressive about the path of some of those players. I was really proud of [Philippe “Poome” Lavoie-Giguere] who made his debut this weekend for Academy coming from Next. Along those lines, we feel like we have a really good core of young guys in our lower ranks and also an LCS team that [can] compete. From there, we continue to use our internal metrics to judge present performance, try and gauge future performance, and just allow how [a talent system works] where the Next players filter themselves up, the Academy players the same, and always be on the lookout for ways we can move in all three levels of competition we play in.

Obviously [we keep] an eye to the market as well. Very early we understood that in North America if you don’t have the obvious centerpieces, the [Yiliang “Doublelift” Peng], the [Søren “Bjergsen” Bjerg], the very talented North American players whose names are synonymous with championships, those players very often aren’t available on the open market. I think Doublelift clearly was going to TSM when that all went down. I think just the reality is getting in and trying to pick up a player of that really top ilk isn’t open to nine other teams, if you know what I mean. Because of that, we need to chart our own path and a lot of that is around setting up structures internally, being smart about our staffing, our commitment to amateur, and just always trying to be open and honest about where our goals are at, what we’re shooting for, and how that fits into all three levels of our org.

Hotspawn: We saw your re-debut on the desk during the 100T Academy stream with Yassuo. Do you miss it at all?

PapaSmithy: You always, when you have a bit of distance, remember the best moments of a previous career or previous love or whatever it is that you’re thinking about that was ab ig part of your life. There was a lot of casting I really enjoyed. I loved watching League of Legends and talking about it , obviously able to still do that in my role as GM, but unbeknownst to me I had the ability to do that to wide audiences which is what my casting career kind of encompassed. So getting in there and just having a bit of fun. I just put my hand up, the virtual tailgate was happening and I just went “look, the Academy game is happening, why don’t I cast, too? It’ll be fun.” So it was fun to dabble and get in there. Bit of turn of wit, bit of analysis, obviously it was a bit of fun, but I’m really happy with what I’m doing and confident in the project I’m building here at 100 Thieves, so when it makes sense and it’s not a distraction from my core responsibilities.

Hotspawn: How would you define the power level or ceiling of this 100 Thieves lineup?

PapaSmithy: I think every team in Summer should have the same goal. I can’t speak for other teams, but I can speak for 100 Thieves. If we don’t make it to Worlds it’s a disappointment and one that we’d have to take a long hard look at how we can retool for next year. I think every roster needs to have that common goal and for sure we’re looking to cement our third place regular season in spring and shoot for top three in summer.