Packing10: “We Wanted Players We Thought Were Undervalued” 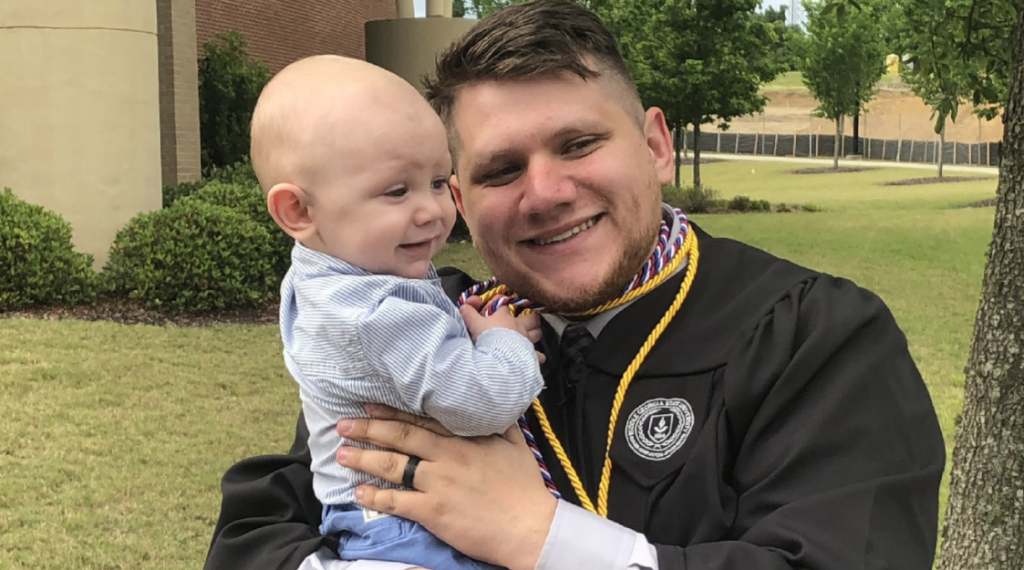 Packing10 is the head coach of the L.A. Valiant, and was recently promoted to General Manager of the Valiant and the newly formed Immortals VALORANT team. (Photo courtesy Packing10)

We caught up with Packing10 to ask him about his new promotions, his coaching philosophy, what sportsmanship should look like in Esports, and more.

Hotspawn: For those who don’t know you, can you introduce yourself and how you originally became involved in the esports scene?

Packing10: I kind of wandered into the esports scene unintentionally. I had no idea what esports was growing up. When I joined the Marine Corps in 2010, I still had no clue what it was. One of my roommates in 2013 was really big into League of Legends. He said ‘Hey man, you would love this game, you should try this game’. Eventually, I was like ‘Okay, I’ll try it’.

I started playing League of Legends, and then I got really into LCS. When I got out of the Marine Corps in 2014 I found Counter-Strike and made it up pretty high in the competitive ranks. I started dabbling in coaching, through Counter-Strike at my University, Penn State. Then I quit when I got into the Overwatch beta. I was like ‘Okay, let me try this out, let me try to go pro’. Did that through 2014 and 2015, and then realized I would never be good enough as a player to be a pro.

If I hadn’t had esports I don’t even know if I would be here right now.

I thought maybe I could use my other skill set to be helpful and get involved. During my time in the Marine Corps, I learned a background in martial art instruction, rifle, pistol instruction. Anytime there was ground training, I was always the guy teaching the lessons. I figured coaching esports could be something that would be good for me. I could use my leadership skills, and I could use my experience as someone who is still young and relatable, but also had a lot of life experience coming back from Afghanistan in 2012.

I originally started playing games a lot because I had really bad PTSD, so I couldn’t sleep at night, which led to me always playing video games. That’s how I ended up becoming good at video games and what really drove me to be competitive at them. As terrible as the situation was and difficult as my life was from 2014-2017, if I hadn’t had esports I don’t even know if I would be here right now. So video games are something I have a lot of gratitude for.

Hotspawn: Congratulations on your promotion to General Manager of the VALORANT and Overwatch teams for Immortals. Did you express an interest in jumping into VALORANT management, or did Immortals approach you with the opportunity?

Packing10: Earlier this year both Jordan “Gunba” Graham and I were interested in VALORANT and, I don’t want to say jumping ship, but the idea was there. I knew he wanted to move games, and I was kind of 50/50. I thought I might just want to be involved in the VALORANT scene. It ties two games I hold near and dear to my heart, CS:GO and Overwatch, and it meshes them really well.

When a game like this comes out, it is a good opportunity to get involved early on

Mike Shwartz and myself were talking and they were looking to acquire a VALORANT team. We started having that dialogue, I said if we want to make a team let’s do it the right way. I have a great system for finding talent, the open try out system we used for the Valiant, and Gunba has the stats to fall back on. We ended up getting approved to atleast build the team. As we were doing that, we realized we wanted to be involved in the team.

Unfortunately, and fortunately I guess, VALORANT is a game with very few coaches at all. Gunba was able to move over there as the coach and I was able to take the management position and I am still involved in the coaching the team and the operations, but I wouldn’t have time to be a full time coach for both teams. We were able to find a system that really worked.

I am happy to be involved in [VALORANT] early on, I hope that Overwatch League is around for a long time, but when a game like this comes out, it is a good opportunity to get involved early on, since the opportunities if the game is successful can just go up and up.

Hotspawn: Have you always seen yourself managing more than one game?

Packing10: I am not the type of person to be average at something, I like to really challenge myself and embrace adversity. I always wanted to coach multiple games at once. I want to be the only coach that does that.

I am thankful to Immortals, the only ones to believe in me initially. I got a bunch of denials from interviews for Overwatch head coaching jobs. I had an interview for Atlanta and Washington, a couple other places, no one wanted to give me the opportunity. But the L.A. Valiant came in and said we’ll work with you to be the remote Assistant Coach. When Moon got fired, no one would sign someone to be a remote Head Coach. I said to Mike, give me a chance to do this. If you let me do this, it won’t be the wrong decision. Sure enough I took over last year and started turning things around and they invested in me by letting me be a coach and be remote.

We wanted players we thought were undervalued

Hotspawn: Immortals VALORANT team is made up of former CS:GO players, is that because you think CS:GO players are best equipped to find success in VALORANT?

Packing10: We didn’t care what game players were from. They could have been from Fortnite, Overwatch, CS:GO, whatever the case may be. We wanted players we thought were undervalued, not getting tryouts across the board who performed well throughout our try out process. In a couple months it won’t matter what game VALORANT players came from, it will be VALORANT players who are the best VALORANT players.

It just so happened that a lot of these guys ended up being CS:GO players. Noah “jcStani” Smith came from Krunker, I didn’t even know it had a pro scene. It’s a browser game. We had the mentality that, at the end of the day, we need to get players who are talented who can learn and see the game differently than other people. Amgalan “Genghsta” Nemekhbayar doesn’t talk about the game like it is Counter-Strike anymore, he talks about it like it’s VALORANT. We are really happy about that and hopefully our VALORANT team will continue to find success.

[Unter] helps balance my intensity out.

Hotspawn: Shifting over the Overwatch, what would you say your coaching philosophy is for the Valiant?

Packing10: It’s changed a lot this year, just because of the circumstances we are in. I put a lot of priority this year on putting the players first. We don’t try to grind our players through practice too much and try to have an understanding of being flexible, relying on good fundamentals to win. Last year we were more hands on, but with the COVID stuff and having to lose the coaches things have changed a bit.

Bringing Max “Unter” Unterwurzacher was really good, because he has a more light hearted personality than myself. He helps balance my intensity out. Surrounding yourself with people who have different skill sets, different pros and cons, different styles and experience, can be helpful.

My goal as a head coach throughout the year, I firmly believe, was to enable the other coaches to make the team successful. I was always a resource for them, to try to push themselves and push the players further. I primarily let them do their jobs, let them work, and let them know if they are doing what I am looking for or not.

Everyone said at the beginning of the year that we were going to be dead last, worse than Boston, but we are top 10 and we just put up the fastest match time against Boston last week. We take those and we just keep doing our best.

Hotspawn: A significant number of the Valiant’s current roster are OWL rookies. Does the experience of your players affect your coaching style? Do you enjoy working with less experienced players?

Packing10: It was easier to work with the players we had last year. Those guys had been in the league for a while and were older and more mature. They had life experiences. Everyone has their flaws, some of them have their egos or whatever, but working with that type of player is a lot easier since they understand what the reality of working hard is and how exhausting it is. Working with a young roster brings its own set of challenges. We started practice really early, we needed them to get up to speed and make it clear that it’s not going to be easy. Preparing to play in front of thousands of people at a homestand is not easy. Having rookie players is more difficult in many ways, but it is also more rewarding, as you see them start to build their brands, get their personality out there, and watch as fans start to fall in love with them.

Hotspawn: The Valiant have shown great promise this year, especially during the Qualifiers for the May Melee tournament. How are you feeling heading into the Countdown Cup and playoffs?

Packing10: Right now we are trying to keep one foot in front of the other. I know we have the potential, we might be able to win. Regardless of what our budget was, my goal is to win the whole thing. That is what the goal still is. We played the Shock four times in the regular season, and won one. We beat Paris, we beat Mayhem, both great teams. People have doubted us all year, but we just try as hard as we can to win every game. I lose perspective on it myself sometimes, but I was one of the few people who just believed from the start that we were going to be successful.

The Valiant are set to play their final Countdown Cup qualification match against the Philadelphia Fusion on Sunday at 4:00 p.m. PDT