P1noy to Start for G2 Esports in LEC Week Four 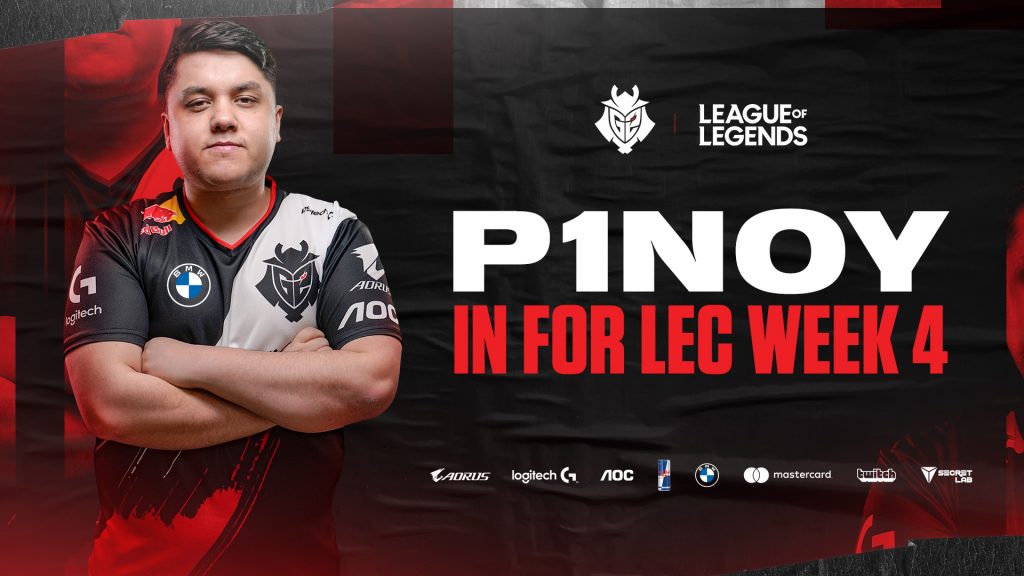 P1noy will start for G2 Esports in Week Four LEC as Perkz takes a break due to stress. (Photo courtesy G2 Esports)

Kristoffer “P1noy” Albao Lund Pedersen will join G2 Esports’ LEC roster as a stand-in for Week Four. He will step in for Luka “Perkz” Perković, who announced after their win against Fnatic he will take time off from the starting roster.

The Doublelift Slayer is back #LEC pic.twitter.com/4sBvpAuKWB

P1noy is a very experienced marksman player. He has notable career tenures on Gambit Esports in 2014-2015, and competed on Winterfox in 2016, becoming the Doublelift slayer in NA. Since then, he has played on various Challenger League teams and has most recently played in National teams in 2019. In January 2020, G2 esports signed P1noy to the roster as substitute botlaner.

This announcement comes early in the week for preparing for their games on Friday and Saturday. P1noy will no doubt get solid practice with roster ahead of his returning LEC games. G2 Esports will play Misfits on July 3rd, followed by Excel on July 4th. Neither team is particularly performing well right now. G2 currently has its best chance to issue a substitute and succeed in the standings. Either way, these are exciting games for P1noy, who makes his EU mainstage return after four years of absence.

As for Perkz, he announced he would be taking week four off. He will head back to Croatia to be with his mother and brother and unwind. On June 27th Perkz said: “I’ve been having a bit hard time dealing with stress so I will be taking a break from competing from next week so it feels really good taking a break on a very high note”.

This comes after Perkz, unfortunately, announced that his father had passed away with cancer on June 7th. No doubt this is part of the reason why Perkz has been so stressed, and why he is spending time with his family.

You can catch P1noy making his return on Friday, July 3rd against Misfits. G2 esports will play the final game of the day at 22:00 CEST.