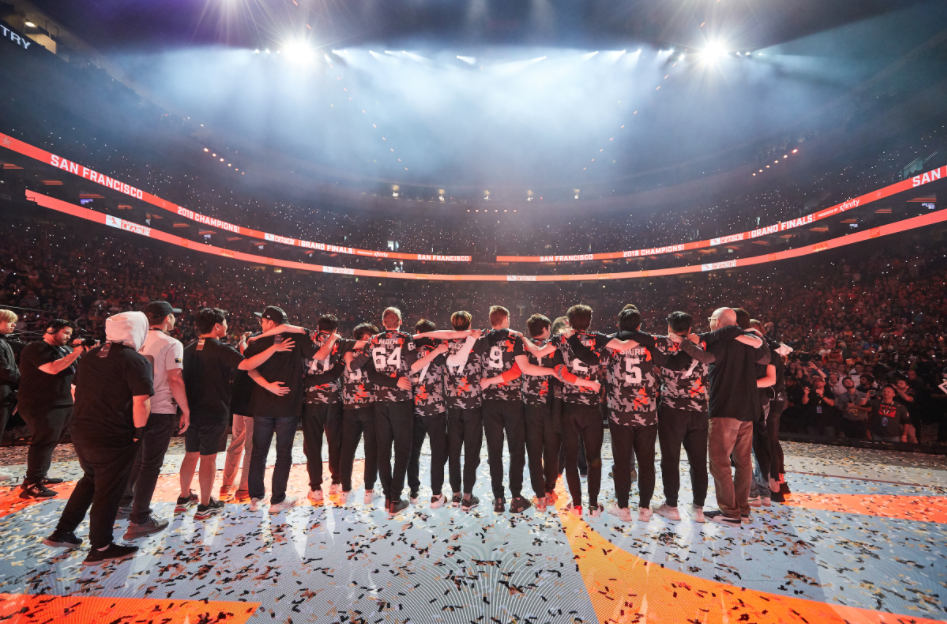 The Hotspawn staff are optimistic the Shock can take home back to back titles. (Photo Courtesy Robert Paul for Blizzard Entertainment)

A long Overwatch League season is finally about to come to a conclusion. When the Grand Finals conclude on Saturday, the league will crown its third champion in dramatic fashion. As the Top 4 take center stage starting Thursday, the Hotspawn team turns our eyes toward the double elimination bracket.

To help prepare you for the coming weekend of action, we made our predictions. Each writer has selected their choice for Champion, Finals MVP, and the most played hero across the weekend.

I put a lot of stock in experience and no team has more experience on the biggest stage than the Shock. This is a roster that remains largely unchanged from the one that took top honors last season and rolled through NA without much difficulty.

Sure, they may be in for a bad time if Genji randomly becomes the strongest hero in the game again (I will never forget you Paris Eternal), but that is pretty unlikely.

There are arguments to be made that the Shock have faced less stiff competition in NA and that is likely a valid argument, but they also stomped everyone in their way. You can’t discredit a team’s ceiling simply because the competition they faced was not up to their level. When the lights shine the brightest, the Shock bring their A-game, no matter the opponent.

Though Winston dive will likely dominate the meta during the Finals, Winston play is not always the sexiest in terms of eye-popping plays. More often than not, the other tank player is the one that shines due to the disruptive nature of Winston. That is why ChoiHyobin is my pick for MVP. 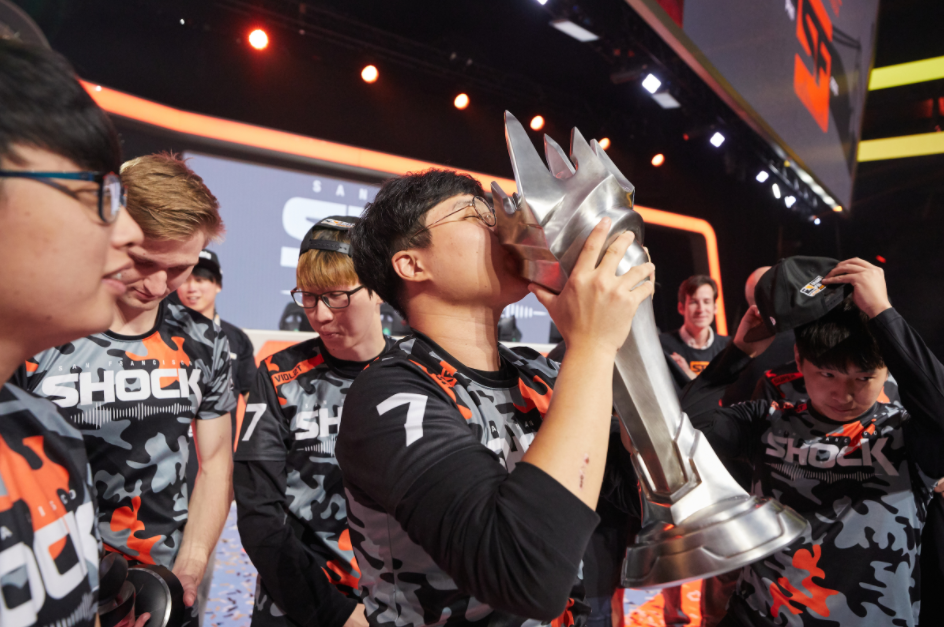 ChoiHyobin’s ability to play D.Va, Roadhog, Zarya and Sigma basically means he is meta-proof and will excel no matter which of these tanks shine the brightest next to smurf’s Winston. Yeah, it is not the most exciting pick, considering he won the Finals MVP last year, but he is still set up to succeed in both the eye test and a deeper dive come the Finals.

I really want to get cute and pick something unexpected, but dive has been the soup du jour during the playoffs. Shanghai, San Francisco and Philadelphia routinely play a dive-based composition revolving around Winston and a mixture of other tanks.

You could argue that the most played hero will likely be determined by Seoul, who have largely gone against the meta. With the latter three teams sticking closely together in terms of comp, there is a chance that the Dynasty push an unexpected hero over the top. However, Winston feels like the safest choice for what fans should expect.

The Shanghai Dragons have been exceedingly consistent all year. They dominated the APAC region and managed to finish the season on top of the standings with a 27-2 record. The Grand Finals weekend will be the greatest test for Dragons yet, since they will finally face their North American competition for the first time this year, but the team has proven that they are up to the task.

Shanghai showed very few weaknesses during their first games of the playoffs, and demonstrated the sort of flexibility and technical skills that are necessary to survive against elite teams like Shock and Fusion. Although there are a lot of incredible teams in the running, I think it will be the Dragons who lift the 2020 Championship trophy.

Assuming that Shanghai does win the championship, my money’s on FEARLESS to earn the title of Grand Finals MVP. FEARLESS has been the silent rock of this team all year. No matter which tank he has been forced to play by the meta or hero rotation, he has been able to put out consistent results in his maintank role. 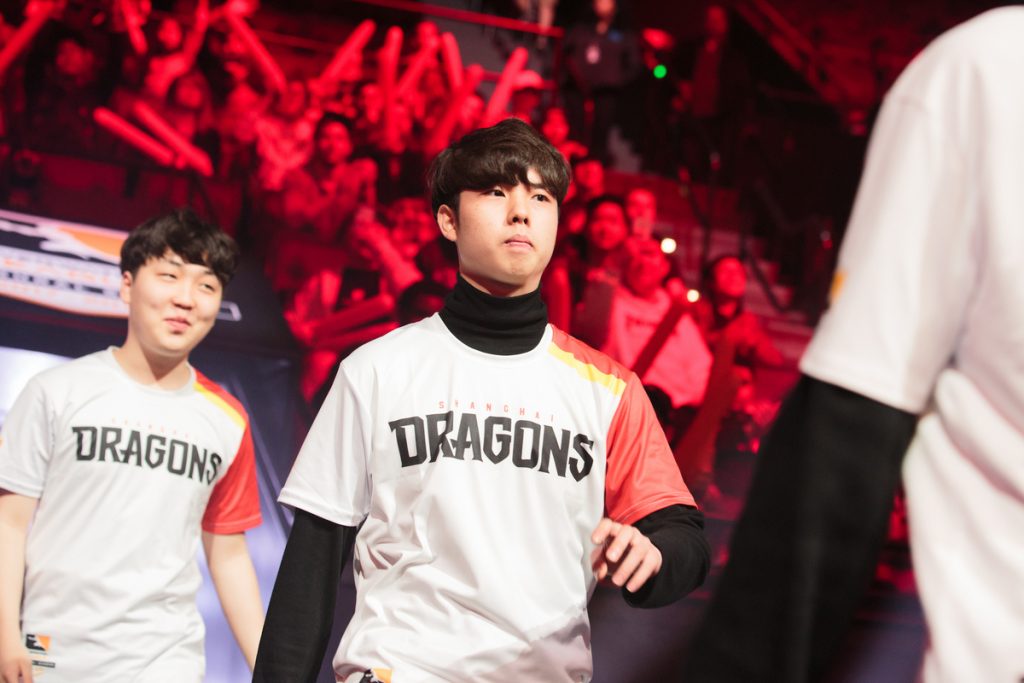 In the current meta, his Winston has become indispensable to Shanghai’s success and he has shown the flexibility to perform exceptionally well on Roadhog when needed. With the oddities of the playoff tank meta, I think that his performance is likely to stand out and earn him the MVP.

I think that Lucio will be the overall most common pick. There are a number of different tank and DPS hero combinations being played by different teams, but most teams are gravitating toward similar healer sets: Lucio/Moira and Mercy/Ana or Mercy/Zenyatta. So teams are usually running either a Mercy or a Lucio at any given time. It’s a tough call, but I think that Lucio is likely to receive slightly more playtime than Mercy, based off of the centrality of dive compositions in the playoff meta. However, It is possible I am just channeling my own desire to see a lot of Lucio in the Grand Finals.

With a field this stacked, choosing a winner was supremely difficult, but ultimately its the defending champs that get my vote. They had the most impressive postseason run of the finalists, and we know what happens when you give Crusty and company a month to hone in on the meta. If you need a refresher, ask last year’s Vancouver Titans how scary that can be.

What really sets the Shock apart is their ability to synthesize and combine the best traits of all their opposition. They have the depth and endless flexibility of the Fusion. They have the dominance and on-the-fly adaptations that have made Shanghai great. They even have the championship pedigree and star power of the Seoul Dynasty. No one else has the total package like they do, and that will carry them to another title. 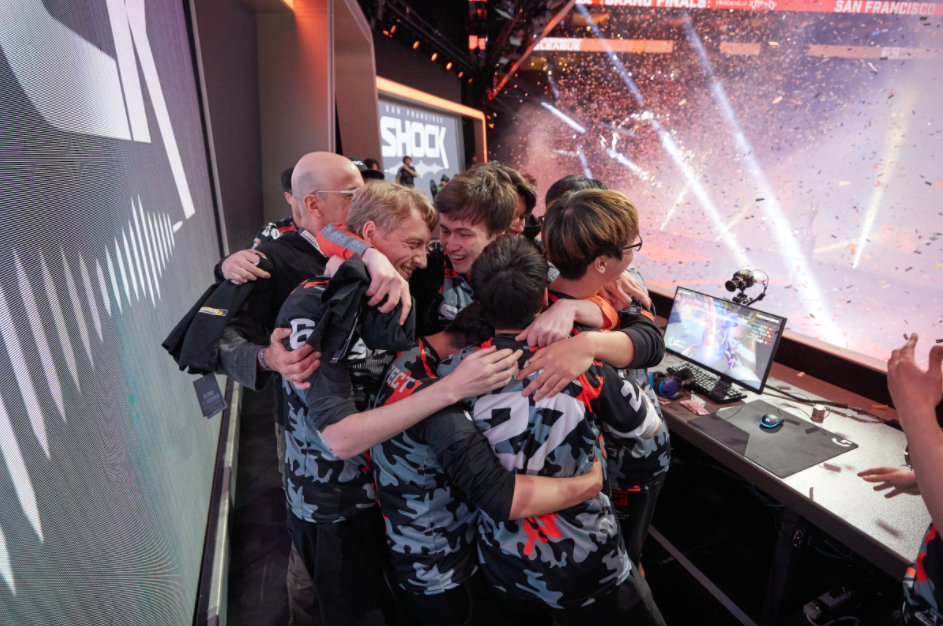 From start to finish, there hasn’t been a more spectacular player this season than the San Francisco rookie hitscan phenom. His Widowmaker was game-changing for the Shock, taking over entire series with his ability to find picks before fights ever got underway. He took the league by storm, quickly establishing himself as the best sniper in the game, or at the very least in North America.

Now in the playoffs, he’s expanded his role, taking over Sombra duties for the Shock. He might not be as polished as some of his counterparts on the hero, but he’ll be a vital part of San Francisco’s gameplan going into the weekend. If they win, expect ANS to be at the center of the action and to potentially take home some hardware at the end.

Predicting the meta going into the Grand Finals is proving challenging at the moment. We saw two weeks of play on a brand new patch, and now teams have had a month to expand their understanding of Overwatch’s current state at the pro level. The consensus coming out of teams is that the meta has shifted, but everyone is rather tight-lipped at the moment, not wanting to reveal strategic info.

That being said, I have to go with one of the staples of professional Overwatch for a huge portion of its history. D.Va is almost always present, only really falling out during this year’s double-shield meta. Now she’s back and slotting into a wide variety of compositions, from dive looks to Roadhog-centric comps. She’s the only hero that spans both archetypes, so she should see consistent play all weekend long.