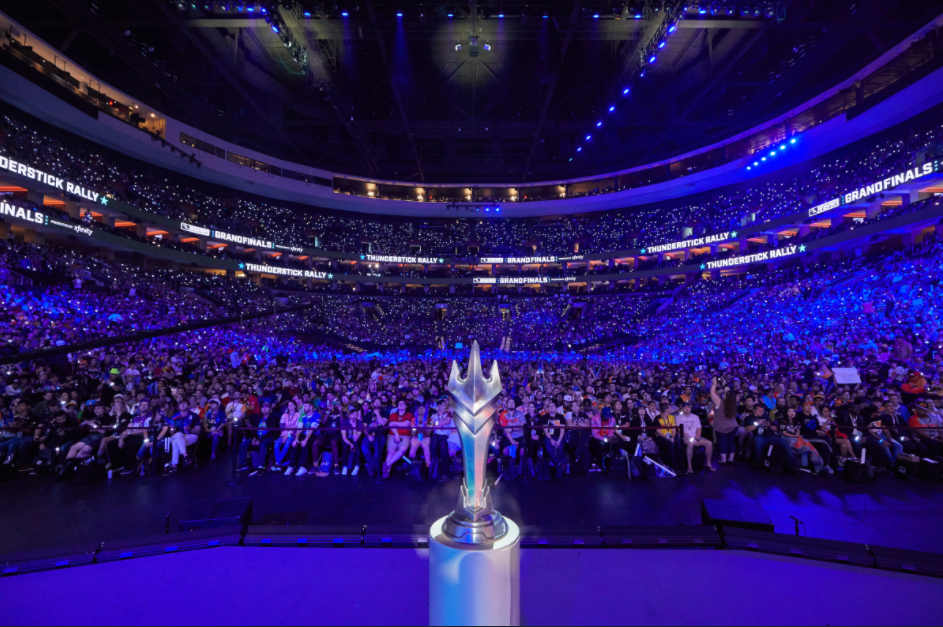 After a long season, the OWL is down to four teams competing at Grand Finals Weekend. (Photo Courtesy Robert Paul for Blizzard Entertainment)

Following this season of the Overwatch League has been like boarding a ship bound for the New World during the Age of Exploration. Upon setting out, we had a clear picture of where we were going and what we wanted this season to be. This was the year the OWL was supposed come into its own, a truly global league hosting events all over the world.

Instead, within weeks of setting sail, we found ourselves waylaid by a massive storm in the form of the COVID-19 pandemic. It pushed us miles off course and left us adrift in the midseason, cursing the ever-changing winds of Hero Pools and online play. Along the way, some of our crewmates were lost to the pirates of burnout and new games.

Now, though, we’ve finally sighted land – not just the solitary islands of our midseason tournaments, but real, solid land. The OWL Grand Finals Weekend kicks off next Thursday, with teams from both regions clashing for the first time since March.

Four teams survived the journey and have been tested during their playoff runs so far. They’ve had a month to refine their approaches and add more nuance to their strategies. Now, it’s time to crown a champion. So who will it be when the dust settles at the OWL Finals?

On the surface, Seoul is the one team in the final four that seems like it might not belong here. Their competitors were the pinnacle of Overwatch this season, distancing themselves from the pack by a considerable margin. Seoul, on the other hand, finished middle of the pack after going 9-12 in the regular season.

From the beginning, Seoul’s problem was consistency. This was not a team that handled the rigors of Hero Pools well, their performance fluctuating based on the whims of fate more than any predictable pattern.

At times, the Dynasty were exceptional, a contender capable of reaching heights few could even get within sight of. They handed Shanghai one of their two regular season defeats and pushed the Dragons to their absolute limit in the Finals of the May Melee.

Outside of a few moments of brilliance, Seoul was largely disappointing, given the championship pedigree of this roster. Their hot-and-cold performance didn’t exactly meet expectations when Jaehui “Gesture” Hong and Junyoung “Profit” Park returned home to join Korea’s only OWL team. Now the question is, which Seoul shows up to the Grand Finals?

Based on their performance through the playoffs so far, it seems like we’re getting Seoul at their best. They tore through their non-Shanghai playoff competition, getting clean sweeps over the three teams ahead of them in the standings.

At the heart of Seoul’s postseason run has been Gesture and his playmaking ability on Roadhog. While Roadhog was certainly a piece of the puzzle for most teams in the playoffs, no one aside from the Justice bet their season on it quite like the Dynasty. Gesture has spent 95% of his time on Roadhog during the playoffs, a remarkable figure for someone whose best hero has always been Winston.

Seoul has excelled in the playoffs because they’ve found a style that let’s their stars run wild. Gesture has settled into his new role. Profit and Dong Eon ‘Fits” Kim have been spectacular, both capable of taking over a game at the drop of a hat. It doesn’t matter if they’re playing double-hitscan or Pharah/Sombra, they will light up the kill feed.

Given the month of practice they’ve had, it’s unlikely that the Dynasty will rely solely on their Roadhog compositions. Expect to see them throw some dive tanks into the mix, especially if opponents are able to shut down Gesture. Or maybe it will go their other way, and everyone will have to copy their style.

Seoul won’t be favored in any of their matches in the double-elimination bracket. At this point, there’s little reason to give them much of a shot. Still, between their unique strategy and their propensity for big moments, the Dynasty cannot be overlooked. 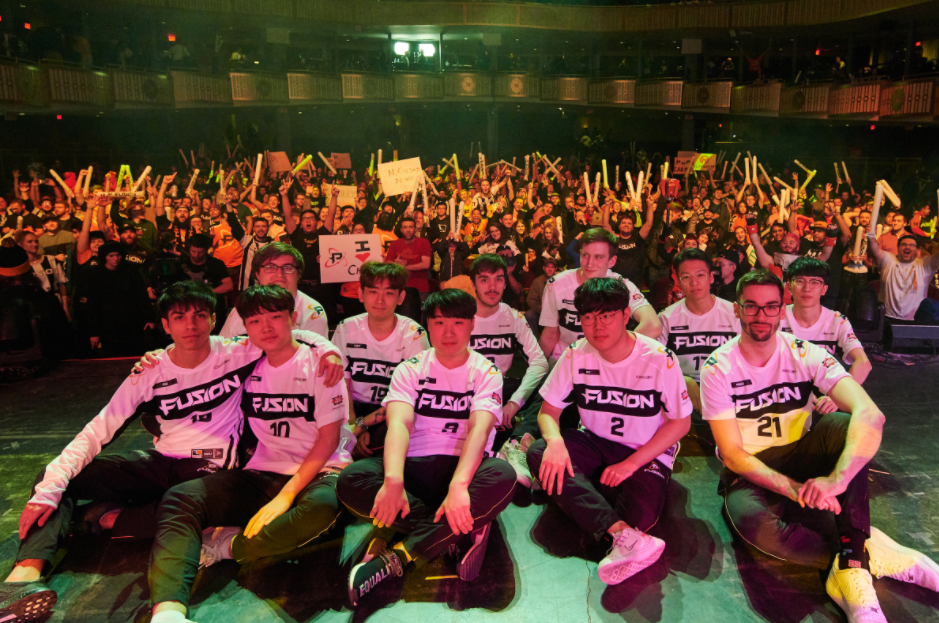 Of all these teams, the Fusion have the most at stake in the Grand Finals. If they win, they can completely rewrite the narrative, going from perennial also-rans to the undisputed champion. If they lose, their story is etched in stone. They’ll be the team that could never win the big one, forever coming up short when it mattered most.

That won’t be fair to them or the incredible season they’ve put together, but it’s almost inevitable after this year of near misses. Despite finishing with the best record in North America, they never took home any hardware, falling in back to back finals. They looked like the best team in the world after one week of playoffs, but still couldn’t get past the Shock in the Winner’s Bracket.

That series showed just how tantalizingly close the Fusion are. A couple of fights going slightly differently could have easily sent them to a map 5 where anything can happen. Philadelphia was within striking distance, but they’ve yet to get it across the line.

Hope for the Fusion springs from their consistent ability to adapt all year, along with their success in countering the Washington Justice in the Loser’s Final. After playing exclusively dive tanks for the entire playoffs, the Fusion took a page out of Seoul’s playbook by bringing out a Roadhog/Sigma comp that utterly confused the Justice.

If they can apply that comp to more general scenarios or develop specific counters for each of their opponents, the Fusion could give themselves the boost needed to claim a title. The former seems like the more viable option, and could give them the flexibility they need to adjust mid-match.

One potential upgrade the Fusion could make would be getting JaeHyeok “carpe” Lee up to speed playing Reaper. That role has been SeungHyun “ivy” Lee’s so far, but that has limited Philly’s ability to change up their style. If carpe can pick up Reaper, he and Heesu “Heesu” Jong can seamlessly flex between Sombra/Reaper, Ashe/Tracer, or even double-sniper if the Fusion play Roadhog.

Philadelphia has been one of the league’s best teams both this season and across OWL history. Still, they need a title to cement their legacy and shake off the stigma of second best. Nothing else can do it, and it’s easy to see how much this team wants to taste victory.

By any measure, the Shanghai Dragons just turned in the best regular season in OWL history. Just two regular season losses. Two out of three tournament victories. Multiple win streaks that rival some of the best the league has seen. So why does it feel like they’re still flying under the radar?

Whatever the reason, it’s impossible to overlook Shanghai now. Outside of a short-lived Genji meta, the Dragons have utterly dominated what many considered to be the stronger region on average. 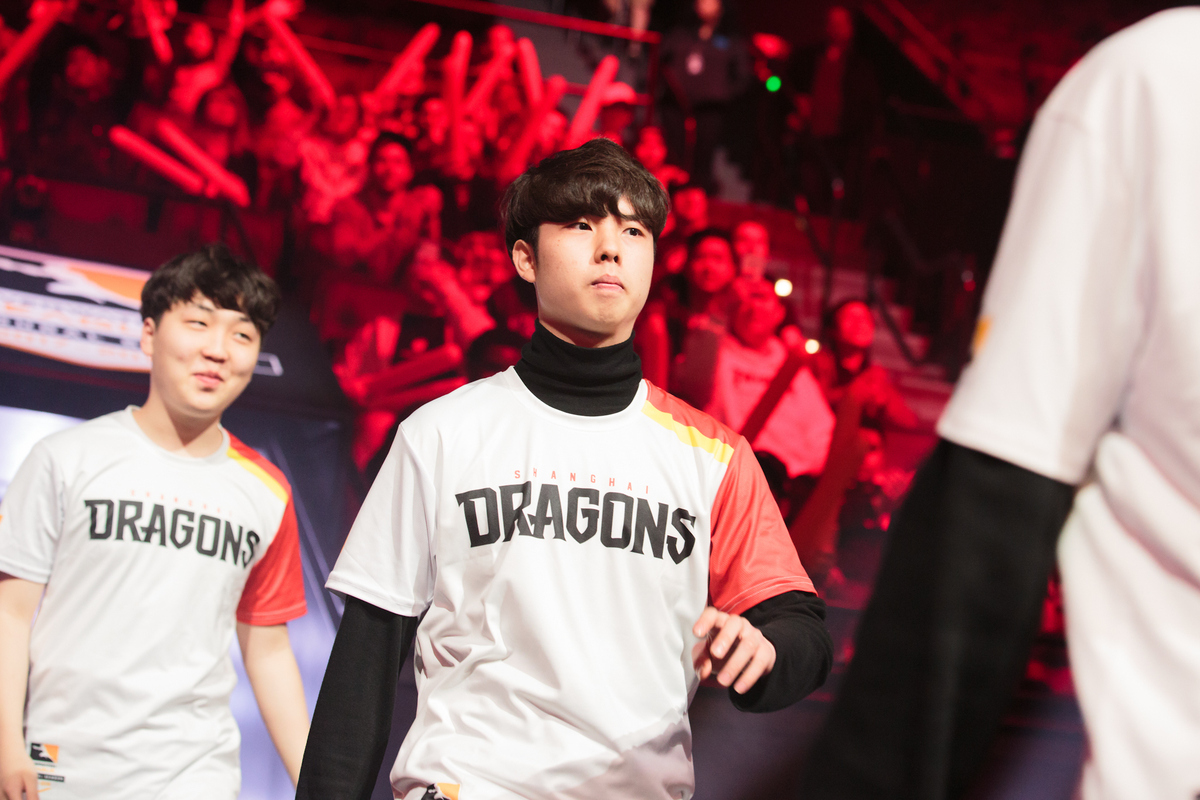 What sets Shanghai apart from their competition is more than just the individual prowess of stars like Euiseok “FEARLESS” Lee, Jae Gon “LegJaegon” Lee, or 2020 MVP ByungSun “Fleta” Kim. No, it’s their resolve. It’s how they reverse swept Seoul in the May Melee final. It’s how they came from behind against the Dynasty again in the playoffs.

In both of those series, Seoul came in with a plan of attack that was working wonders. Both times, Shanghai saw their approach wasn’t working and shifted gears dramatically. In the May Melee, they brought in FEARLESS and played dive despite the entrenched double-shield meta. FEARLESS hasn’t left the lineup since, by the way.

In the playoffs, the Dragons simply started running a Roadhog of their own and completely outplayed Seoul on their style. That decision takes a level of confidence and flexibility that will serve Shanghai well during the Grand Finals.

The lone concern has been Shanghai’s uncharacteristic sloppiness in the playoff meta. It was only two games, one against Seoul’s unique style, but the Dragons have struggled. Despite having several players on comfort picks – FEARLESS on Winston, LeeJaegon on Lucio, and Jae Won “LIP” Lee on Sombra – Shanghai hasn’t had the same clean teamplay we saw in past iterations.

They’ve had a month to iron out the kinks and clean up their play around Fleta’s Reaper and Tracer, so hopefully we see the Dragons firing on all cylinders. If that happens, there might not be anyone capable of stopping them.

The Shock are the platonic ideal of an Overwatch team. They’re deep, filled to the brim with veteran players who can step up should their number be called. They’ve got a mastermind at the helm in Daehee “Crusty” Park. Their culture is as good as it gets, encouraging self-sacrifice for the good of the team. They have more big-game experience than anyone, and they seem entirely unflappable under pressure.

In short, they should probably be the odds on favorites going into the Grand Finals. Even if you think Shanghai had a more impressive season. Even if you think Seoul has the correct read on the meta. Even if you’re convincing yourself that Philly can get over the hump. San Francisco’s history makes them the team to beat.

Given a month of prep, there isn’t a team I trust more than the Shock. They have the pieces to play any comp that becomes necessary, and their track record is unimpeachable when it comes to refining and perfecting a meta.

We saw it last year in the Grand Finals. In the two weeks before their series against the Titans, they leveled up dramatically adding Bastion strats to their playbook and cleaning up their mistakes in the standard composition. By the time they met Vancouver on the stage, they were miles ahead and romped to a 4-0 sweep. 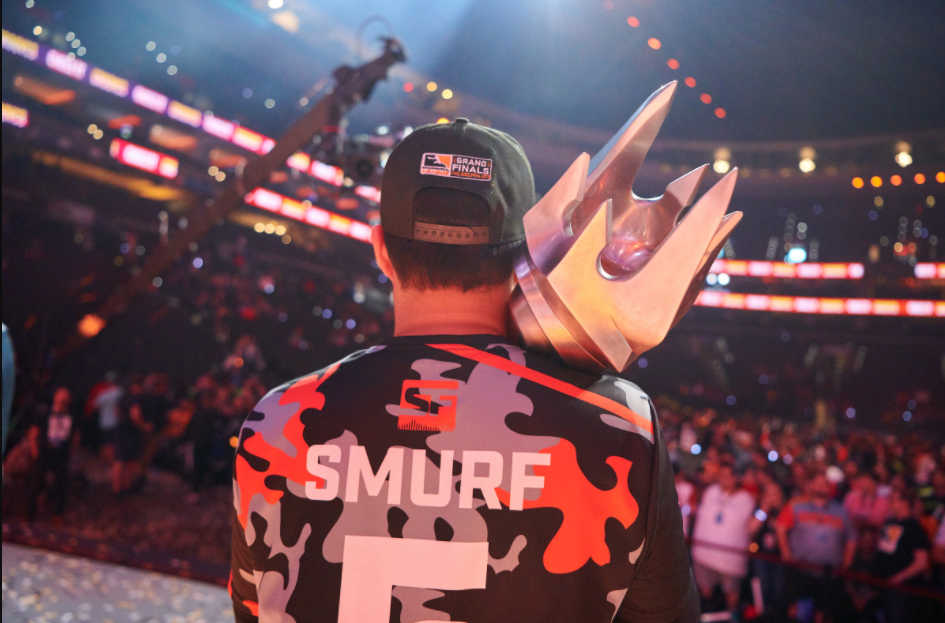 They’ve already shown a similar trajectory this year. After nearly falling to the Justice in the quarterfinals, they came back the next week leveled up and ready for what Philadelphia brought to the table. It’s all but certain they’ll do the same for Seoul going into their matchup. It’s not a guarantee, but San Francisco has proven themselves over and over again in this scenario.

Every single one of those players is inarguably elite on their role. All of them could have a reasonable claim as the best in the world at their heroes. Together, they are the best team we have ever seen with a chance to secure their spot as the OWL’s first dynasty. How could you ever bet against them?