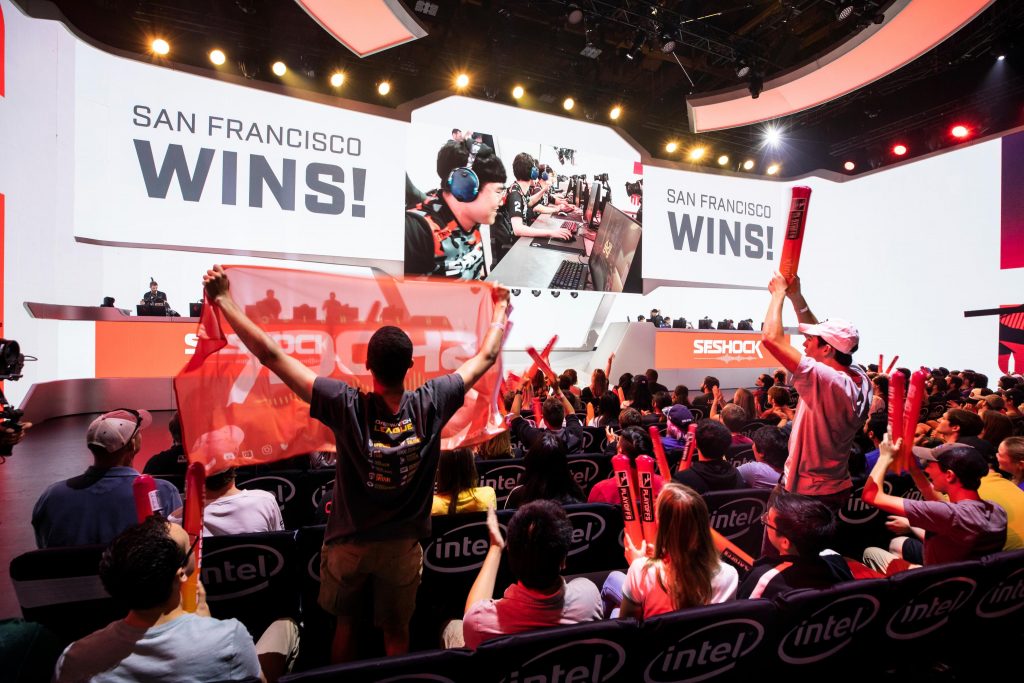 The Shock, Dynasty, Valiant, and Gladiators will play four matches during the first weekend of the online format (Photo via Blizzard)

The Overwatch League announced that the previously postponed season will resume on Saturday, March 21 in an online format. There will also be Friday matches which will allow teams to make up matches that have been missed due to homestand cancelations.

The Overwatch League recently canceled all live events in March and April due to growing concerns surrounding the COVID-19 virus. Following the cancellation of live events, the league said that the matches will still be played but in an online format. Fans finally received official news on how the season will move forward.

The Vice President of the Overwatch League John Spector joined Soe Gschwind on a special Watchpoint update to explain the latest updates on how the league will move forward:

We are starting things back up again next Saturday morning,” said Spector. “What we’re working toward is having thee groups of teams based on geography… so we can connect all of them online to compete with each other as they were scheduled to do originally.”

Sound on for more important #OWL2020 updates from @Spex_J 🔊 pic.twitter.com/mUpwtHuBU8

Online matches could potentially be impacted by lag due to the distance between teams competing, but Spector confirmed three different groups will use different servers for optimal connections during matches.

Spector also confirmed that matches will be played on Fridays to help make up for the missed matches. This change is predicted to get the Overwatch League schedule back on track by May 1.

The All-Star Tournament has also been postponed until the end of the season, and the mid-season tournament has been canceled. The tournament would require all players to gather in once place which is not possible under current circumstances.

Spector also confirmed that all Chinese teams are safe in South Korea or China and that all matches will be broadcasted for fans to enjoy on the Overwatch League’s YouTube channel.

More updates about the rest of the season’s schedule will be released later this week, so fans will find out soon when they can see their favorite team back in action.