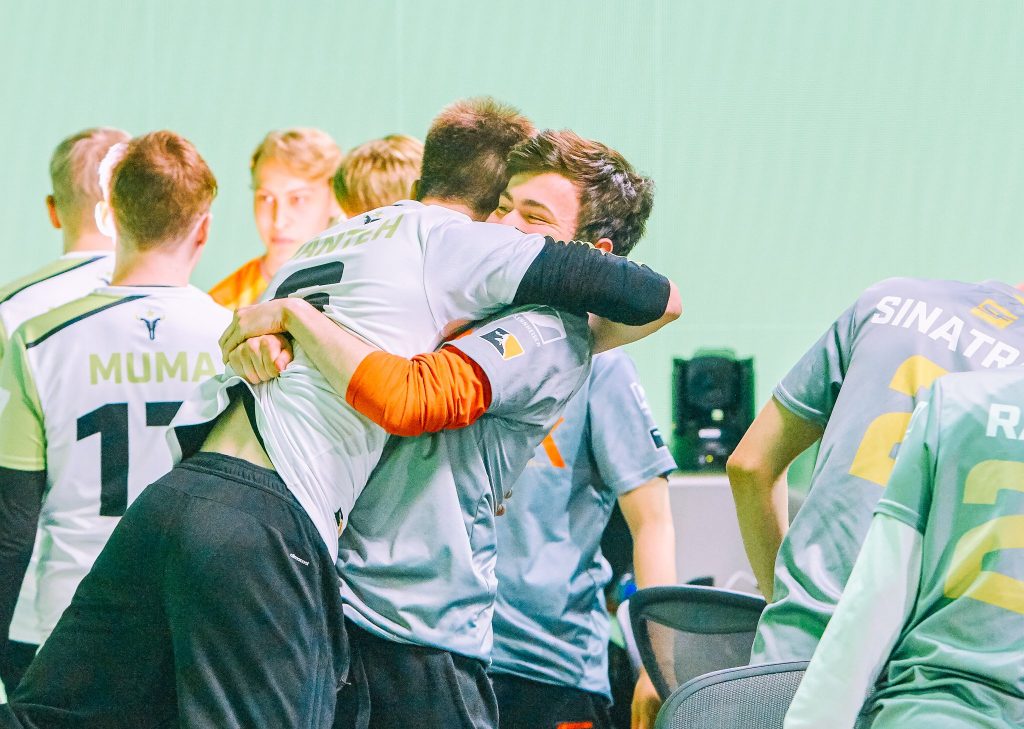 The Houston Outlaws upset the San Francisco Shock in Stage 3, Week 2 of the OWL. (Image via Blizzard)

The Vancouver Titans have become an unstoppable force in the Overwatch League. Their third match this season up against the Dallas Fuel couldn’t have demonstrated that any better. The Dallas Fuel were not expected to win the matchup, but fans of the Fuel were hoping for at least one map to go in favor of the boys in blue. Things didn’t work out in Dallas’s favor, but they never stopped trying.

Both points on Ilios’ first map were taken by Vancouver in a convincing fashion. Dallas only able to put up 14% on Ruins and nothing on Lighthouse. Without being able to touch or get on the point, Dallas ran out of options. Vancouver’s control on both points set the tone for the rest of the series. Vancouver’s one kryptonite was Volskaya Industries because they’ve yet to win an assault map in Stage Three. Claiming their first Assault map win of the stage, the Titans finally found their stride on Volskaya with their hyper-aggressive plays and an incredible four DPS lineup to win the map. The primary hope that future opponents had at taking a map off of the Titans disappear on Volskaya when the Titans figured out how to play an assault map.

On both Eichenwalde and Dorado, the Titans were able to close out the maps thanks to some incredible offense that stumped the boys in blue. Dallas will need to figure out how to play in the current meta and how to appropriately counter a Sombra if they have any chance of making the Stage Three Playoffs. Vancouver looks as good as ever and seems to be having fun when other teams like Dallas seem to be faltering.

The Florida Mayhem are still continuing their downward spiral after going through a major roster change not too long ago. With a disappointing second season standing of 1-15, the Florida Mayhem have a long way to go before they have a hope of winning a series this Stage.

Nepal was not a good map for the Florida Mayhem. It was hard to see the Mayhem falter against pretty standard compositions like Sombra GOATS. The Eternal caught the Mayhem off-guard with a surprise Mei composition which quickly led to a defeat for the Mayhem on Nepal. Paris easily won Nepal with a quick 2-0 and set their sights on Horizon: Lunar Colony. Lunar Colony saw both Mayhem and Paris complete their offenses with over five minutes of banked time each. It was a heavy offense map with very little defense effort from either team. Paris realized that they couldn’t win on their attack alone and put together a good defense in order to close out the map in their favor.

Numbani was the first map on which Florida was able to take a convincing win, to the delight of Mayhem fans everywhere. Paris made the unfortunate decision to run a one-support-four-DPS composition for their attack, which made it easy for Florida. It was a straightforward win for the Mayhem, and it definitely gave hope that they’ll eventually be able to figure out how to play competitive Overwatch. The score was 2-1 moving to Havana where Mayhem might have been able to push to a map five.

We take Havana and the series, 3-1!
GGs @FLMayhem!#FiatLux #OWL2019 pic.twitter.com/5YxJnanhK7

Havana was not a good map for the Mayhem, and it was a disappointing loss for Florida, but there were signs that they are learning from their past mistakes. Florida relieved BQB from his Zayra duties which made for a better match for the Mayhem. If they had decided to make this switch earlier, the Mayhem might’ve been able to taken a map earlier on or at least have a more balanced team fight. Florida tried to re-use an old strategy of using Bastion and Mei but to no avail. Hopefully, Florida will start to learn from their mistakes and start to ignite a passion to win. They are still in the rebuilding phase of their roster but at this point, if they don’t start winning games—their second season is going to be one long re-build season.

The Stage Two Champions the San Francisco Shock have not had an easy stage. That couldn’t have become more apparent after their match against the Houston Outlaws. The Houston Outlaws are one of the few teams in the Overwatch League who went 0-7 in a stage, and they are now sitting in 18th in the League. But after accomplishing the impossible—things are looking up for the Outlaws.

In a dominant GOATS meta season, the Outlaws have become reliant on their DPS players and it has started to pay off for them. On Nepal, the Outlaws took the first map of the week in a convincing manner – shocking Overwatch League fans with their confidence and dominance on the map. The Outlaws utilized Sombra and Ana much to the dismay of the Shock who weren’t able to do anything in response. The Outlaws finished the map with an interesting Sombra/Doomfist combo that outplayed the Shock’s standard 3:3 composition.

The Shock returned to both Horizon Lunar Colony and Eichenwalde with clean sweeps, a respectful 1-0 and 3-0. The Shock focused on the Outlaws DPS heroes in order to make clean work for themselves. Both maps seemed to show the Outlaws slipping and things were not looking good going for them moving to Havana.

We take Havana to tie the series 2-2!#AnteUp pic.twitter.com/w7Ls7gyqrE

Each map between the Shock and Outlaws seemed to flip-flop between utter confidence from one team and utter confusion from the other. Havana seemed to confuse the Shock, who weren’t able to push the payload even 100 meters. They were foiled by the Outlaws, who put on a convincing display of ultimate management. With a tied series,  the winner of map five on Ilios would become the winner of the series. Houston didn’t seem to care that the odds were not in their favor on Ilios and went all in with an aggressive DPS composition and overcame the Shock to win 3-2. It was an impressive series that had fans of the game shocked by the Outlaws mechanics and overall strategy. We’re looking forward to seeing if Houston can continue this forward momentum.

The Shanghai Dragons have done what other teams in the League can only dream of—go from the worst team in the Inaugural Season to top eight in Season Two. The Atlanta Reign needed the win after last week, but they weren’t able to break through the Dragons defenses in the end. If the Reign are to have any hope of making it into the League playoffs, they will need to take a critical look at their roster and determine what isn’t working.

Dusttin “Dogman” Bowerman and the Reign made a big splash on Oasis with his aggressive support plays that proved to be too much for the Dragons on the first round. This was followed by some sensational Winston-GOATS by Atlanta in the round two on Oasis. It was a quick 2-0 on Oasis for the Reign.

Map 2 on Volskaya was a great map for Overwatch League fans as both teams were unrelenting, with four fully-completed attacks. With the map tied 4-4, Shanghai pulled out a surprise last-minute switch to Pharmercy and a solo tank lineup. With the sky as their limit, the Dragons rained fire, and rockets, from the sky which proved to be too much for the Reign. The Dragons won map one with a vengeance and had their sights set on Numbani.

Numbani asn’t an easy map for either team, but that didn’t stop either from attempting to outwit the other—until Shanghai ultimately pulled a disappointing Cloud9 and lost the map. After such a tight fight, it was disappointing to see them throw away a win like that.

Following in the footsteps of the Florida Mayhem, the Dragons were also unsure of how to play Sombra, and it showed on Havana. Even though the Dragons weren’t able to properly play Sombra, the Reign could not find anything during their push. The final fight of the map saw Luffy destroying Atlanta with Zenyetta, and the Dragons claimed Havana for their own 2-1.

Come on and SLAM, and welcome to…. the tiebreaker map Σ(￣。￣ﾉ)ﾉ #OWL2019 pic.twitter.com/80Kq2IRpyY

The concluding map had many surprises, including a Orisa/Roadhog/Mei composition that shocked both fans and casters. Shanghai responded with the most standard but effective composition against such a wild strat – GOATS. This spelled disaster for the Reign as the Dragons are known as having some of the best tanks in the entire league and won on Nepal 2-0 and the series 3-2.

The Expected and the Unexpected

This week saw a lot of the major contenders pull ahead of the pack and start to solidify their lead in the Stage and the League. Some teams like the Florida Mayhem will have to make the hard choice to figure out whether this season is going to be a rebuilding season for them or if they have what it takes. Seeing as we’re halfway through the League and they sit in last with an uncomfortable 1-15, it’s highly unlikely.