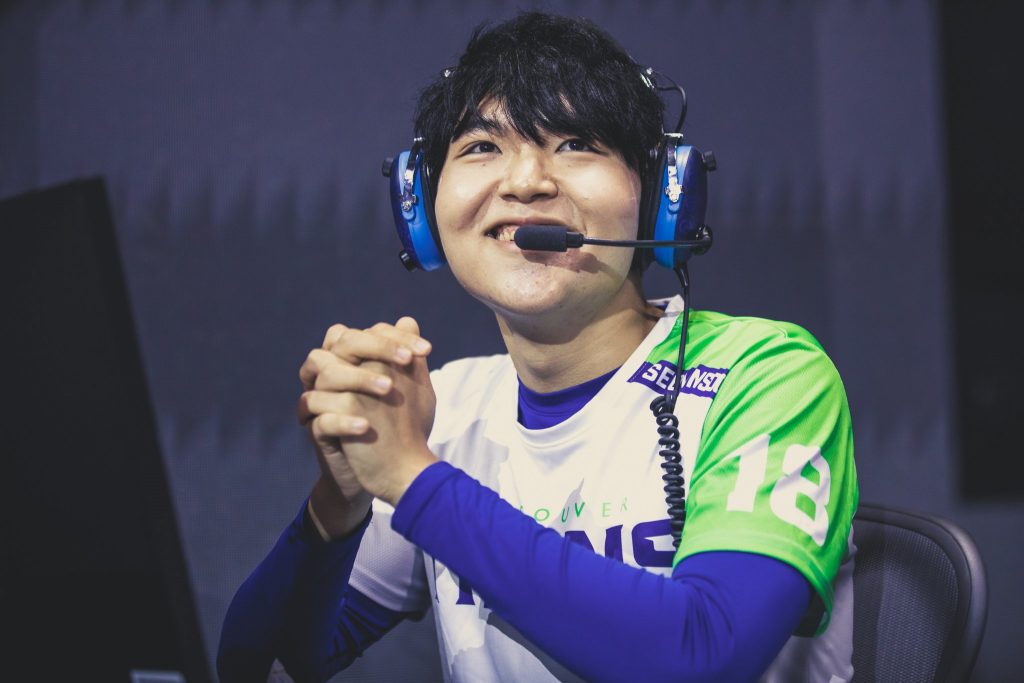 The Vancouver Titans continue to dominate in Stage 3 Week 1 of the OWL. (Image via Blizzard)

The Philadelphia Fusion are sitting just outside the top eight of the Overwatch League, but they’ll need to start making cleaner plays if they are looking to knock any of the top contenders out of their spot. Their matchup this week against the Hangzhou Spark would’ve helped them secure a better standing in the League but unfortunately, they fell 0-4 to the Spark. The Fusion stumbled on their first map, Oasis, and had a hard time recovering throughout the matchup. The core of Fusion’s problem is centered around their inability to adapt their lineup to fit the needs of the match and their lackluster defense. Fusion seems to think that playing the same team composition in every game will work, but the reality is closer to the old adage about the definition of insanity.

The Fusion pulled off a pretty successful Stage 1, but they’ve lost a lot of their momentum due to team rigidity and their inability to adapt. Spark’s progression throughout the season has reflected their steady growth and if they are able to continue this, I won’t be surprised if we see them in the Stage 3 Playoffs and the League Playoffs. We’ll be watching to see if the Spark can continue this trend into the rest of Stage 3.

While most of the first map, Ilios, demonstrated why the Titans are first in the League, map two on Paris saw the Gladiators fight back with a bite. It was great to see the Gladiators push back against the Titans and force a map three. This ended up securing the map in favor of the Gladiators and while they may not have been successful overall—the ability to push to a third map three shows that they still have fight. The biggest issue with the Gladiators is that they are just unwilling to experiment with team compositions. It’s hard to see a team with potential and drive get stuck in the same composition over and over again. If it’s not working—try something new. The Gladiators have an interesting Week Two facing the inflexible Philadelphia Fusion and the Washington Justice.

The match I was most looking forward to was between the New York Excelsior and the London Spitfire—two Atlantic titans facing off again for the first time since the inaugural season. The NYXL have consistently been in the top five of the Stage Playoffs this season, but they have the unfortunate habit of choking at the most inopportune games. But in this week’s “Match of the Week” NYXL pulled out a clean 4-0 sweep against the London Spitfire. It was an expected win for the NYXL, but it didn’t make the game any less entertaining.

The NYXL had a strong first half, demonstrating an impressive understanding of both Ilios and the Horizon Lunar Colony. They were unrelenting in their defense and offense, leaving London without a point going into the second half. Jong-ryeol “Saebyeole” Park’s was dominant on Sombra. He created some truly amazing plays for the NYXL and shut down London on many occasions. The second half of the matchup saw Saebyeolbe’s Sombra both create opportunities for his team as well as getting caught out by London too frequently. The NYXL had a challenging map on Hollywood, but the series ended on Havana with a satisfying 4-0. There’s no doubt that the NYXL have the skill and talent to be Stage champions, but they will need to focus on the nerves of their players. Choking on matches that really matter isn’t going to win any Championship series for the NYXL.

The LA Valiant have not been able to find their footing this season, and their match against the Shanghai Dragons highlighted again that there are still core issues within the team that have yet to be addressed.

The Dragons had a beautiful showing on Gardens (Oasis), the first map of the match-up. They denied the Valiant any ticks, getting a clean 100-0 first round. With the second round on University, the Valiant pushed to get 99% but were unable to hold off the Dragons long enough and lost the round. Paris saw the Valiant defense to start to crumble. They quickly lost point A and then, they weren’t able to fend off the Dragons. This left six minutes on the timer when the Valiant switched to the offense. Their offense surprised most viewers as the Valiant quickly claimed both points, but they didn’t bank as much time as the Dragons. Left with five minutes and twenty-three seconds on the clock, both teams moved to round three. The Valiant ended up losing in round three after only being able to capture point A leaving them with a score of 3-4.

The Valiant need to start focusing on the foundation of the team and working on creating a cohesive team. There’s always a rough patch after adding a new player to the team, but this was a disappointing loss for the Valiant.

The New York Excelsior had two interesting matchups this week, both were favored for the NYXL but it was their matchup against the Houston Outlaws was a tense matchup. As their first matchup of the stage, the NXYL came into their stage debut with confidence that was quickly shaken by the Houston Outlaws.

Clutching up when it matters! We take Ilios 2-1!#AnteUp pic.twitter.com/bZgSoAq6GA

Their first map on Ilios set the tone for the matchup with Houston refusing to back down for any fight—even when it put them at a disadvantage and forced them to reset. Houston’s last minute touch on the Lighthouse was the most telling sign that they would not be going down without a fight. The second map on Horizon Lunar Colony saw NYXL starting to crumble especially with the pick-offs on Jong-ryeol “Saebyeolbe” Park. It was a slow win, but the NYXL managed to hold the Outlaws for the first round, denying them any points on their offense. On defense, the NYXL ran a fun triple DPS lineup tht eventually won out the game, but not without Houston holding back the NYXL until the very last minutes.

The Houston Outlaws did not hold back on Numbani and dazzled fans and viewers around the world with Jiri “Linkzr” Masalin’s Widowmaker making big plays for the Outlaws. His defensive plays on Numbani helped continue the Outlaw’s momentum until an ill-fated pause. The pause seemed to be just enough for the NYXL and, with renewed strength and energy, that team gathered themselves enough to end the map in a draw. A quick final round saw the Outlaws quickly taking the first point and then the map to end the series in a 2-1.

Watchpoint Gibraltar was a tense map. Any wrong move by the NYXL could end the series in a loss for them. Both teams gave it everything they had with the Outlaws moving pretty quickly through the map, finishing the map with just over a minute left. On their attack, the NYXL wasn’t able to push through the first point as quickly as the Outlaws but managed to claim both points before sending the map into a final round and then a map five altogether. NYXL refused to break, and it was a refreshing pace for the team that seems to crack too easily under pressure. Their win on Oasis for the fifth map was a clean sweep, but it didn’t help fans who could clearly see the NYXL struggling. Houston should not have been so much of a challenge for the NYXL, and it’s clear the NYXL have some reviewing to do for next week.

Bonus note: the Chengdu Hunters came walked to the stage this week in what could be the most adorable, and unexpected, way possible—in panda hats. It definitely didn’t lend to the concept of pandas being ferocious, but it was a great entrance to kick off Stage Three.

The fiercest pandas we ever did see! 👀 #OWL2019 pic.twitter.com/J4ZQOOMNcq

The OWL’s Stage 3 Week 1 has definitely started to divide the League into teams who are able to remain consistent in this meta-less Stage. Teams being forced to either adapt away from their beloved GOATS meta and as we saw this week, if they can’t adapt they won’t have a hope of qualifying for the League Playoffs.