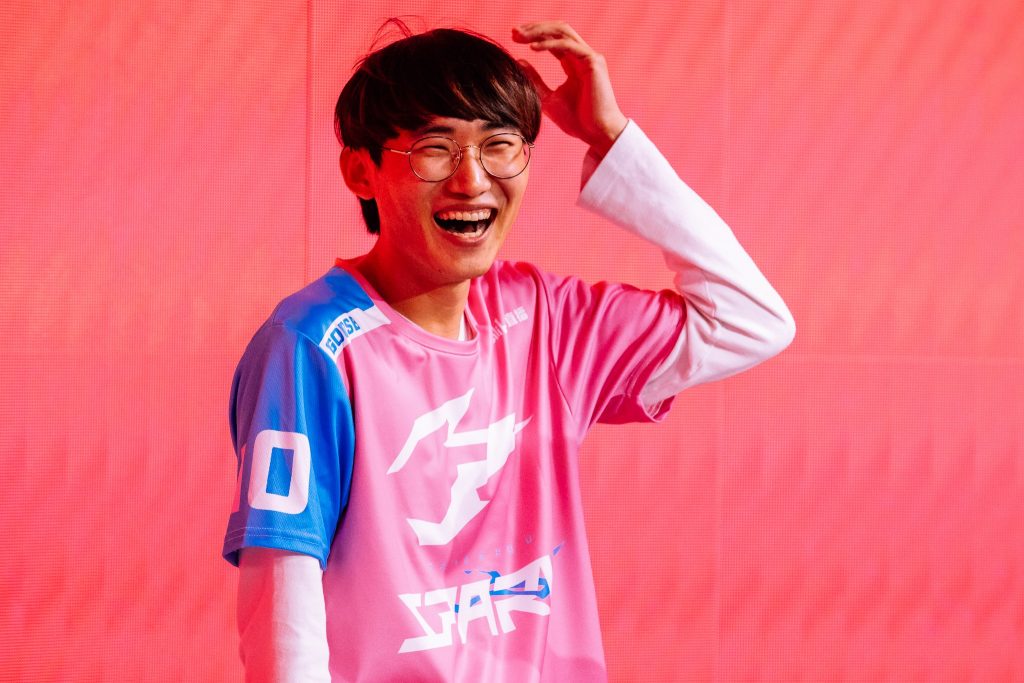 The Hangzhou Spark moved up from 13th place in Stage 1 to 7th in Stage 2. (Photo courtesy of Blizzard)

In week five of Stage 2, the Battle for Canada was a thrill for Overwatch League fans to watch and specifically for Canadian OWL fans. This year marks the first time that Canadians have had team representation in the League and fans in the North have been waiting all season to see these two iconic cities face-off. The only thing that could’ve made this matchup better would have been watching it with a Tim Hortons Double-Double and some sour cream glazed Timbits.

Going into the Battle for Canada, the Vancouver Titans had not lost a game all year so the pressure was on for the Toronto Defiant who haven’t been performing near as well as they did in Stage One. One of the biggest challenges Toronto faced going into this matchup was their inability to outperform or even lockdown Sang-beom “Bumper” Park or claim any objectives against the Titans superb defense. Despite their shortcoming, Toronto was able to claim the Temple of Anubis map with a clean 2-0. The Titans have one of the best defense in the league and while Toronto claimed Anubis, the Titans ultimately won the matchup 3-1.

We are TIED right now & the #BattleForCanada is still up in the air here.

Toronto’s best chance of success next stage will be to work on ult management. Too many opportunities were missed during the matchup due to Toronto’s using their ults too soon or whiffing ults entirely.

The Shanghai Dragons have had an incredible stage and they secured themselves their first playoff spot in the team’s history! One of the reasons they were able to secure this win was thanks to their stellar performance against the Washington Justice on Friday. The Washington Justice have been struggling all stage and have seen a host of changes in their player roster and management.

The Dragons have started to perform like mid to top tier teams by acknowledging that a preferred hero lineup *cough* GOATS *cough* doesn’t work on every map, and it doesn’t work against every lineup. Each map they played against the Justice, they changed their lineup to some extent: Busan was a Hammond/Sombra/Widow, Paris was Sombra GOATs, Blizzard World was Sombra GOATs and Gibraltar was a Doomfist GOATs, which threw everyone through a loop. When met with the changing lineups, Justice chose to just keep trying GOATs—it was almost like watching a kid trying to jam a square peg into a circle. Shanghai walked away with a good 2-1 win over the Justice. It was definitely an expected win for the Dragons, and it was refreshing to see them demonstrate everything they’ve learned over the past year. They have clearly learned from their mistakes and are implementing the changes required to become a top tier Overwatch League team.

One of the biggest unexpected matchups this season has to be the Atlanta Reign defeating the east coast powerhouse NYXL. NYXL is considered one of the top teams in the entire league and has consistently shown how top tier Overwatch is played. Most fans thought this would be an easy game for NYXL, but Atlanta proved it would be otherwise in an exciting nail-biter of a series.

The series had an interesting start with both teams choosing to run GOATS mirror on Oasis. Switching to a Winston GOATS strat really helped the Reign and in the end, Atlanta claimed Oasis for themselves. Hanamura was a great demonstration of how teams should rotate strats and compositions with Atlanta choosing a triple DPS/Wrecking Ball strat against NYXL’s standard 3:3. The fights often revolved around how best NYXL could contain Reign’s Dusttin “Dogman” Bowerman. With a tied 1-1 match going into halftime, it was really anyone’s game. Both teams traded maps with Blizzard World going to Atlanta and then Junkertown going to NYXL. Pushed to a map 5, Lijiang Tower was the deciding map for this unpredictable matchup. Atlanta proved they wanted it more. They were relentless in their push for a win and ended up winning the series—denying the NYXL their revenge. It was an unexpected loss for the NYXL who normally come much more prepared to a match, but maybe they are really living up to their reputation of crumbling under pressure?

The @ATLReign are TWO FOR TWO against the @NYXL! #OWL2019

The intense matchup between the Seoul Dynasty and the Hangzhou Spark saw the Spark clinching an unexpected Playoff spot. Seoul made it all the way to the semi-finals last Stage only losing to the Stage winners the Vancouver Titans. The Spark, on the other hand, have been climbing their way from thirteenth position last Stage to claiming seventh this stage after their win against the Dynasty.

Both the Spark and the Dynasty had a lot on the line during the last match of Week 5 as the winner of this match would be heading to the Playoffs. The two teams fought hard to claim that Playoff spot for themselves with the score 1-1 heading into the halftime. Maps three and four were pushed to overtime with Hangzhou taking map three on Blizzard World 5-4 and then claiming Rialto for themselves 4-3. While the ultimate victory went to the Spark, Seoul never let up, and their dedication was inspiring. After all—never give up, never surrender.

The @SeoulDynasty are fighting to tie up the series & grab the Stage 2 Playoffs spot!

Join us & find out if they can do it: https://t.co/U6dIipgQGs pic.twitter.com/dmgGSgC3j2

Special shout out to the San Francisco Shock for being the first team to complete a perfect stage without dropping a single map. It’s one for the history books and definitely a record that other teams should look to beat. With a perfect +28 map score and a clean 7-0, the Shock will look to continue maintaining this record going into the Playoffs.

The @SeoulDynasty are fighting to tie up the series & grab the Stage 2 Playoffs spot!

Join us & find out if they can do it: https://t.co/U6dIipgQGs pic.twitter.com/dmgGSgC3j2

It’s officially Playoffs Week for Stage 2! Be sure to look out for our Playoff predictions this week and tune in on Thursday to watch these teams battle it out for $500,000 USD! We’ve got the Shanghai Dragons versus the San Francisco Shock and the Hangzhou Spark versus London Spitfire on Thursday. Will the Dragons be able to overcome the golden boys?