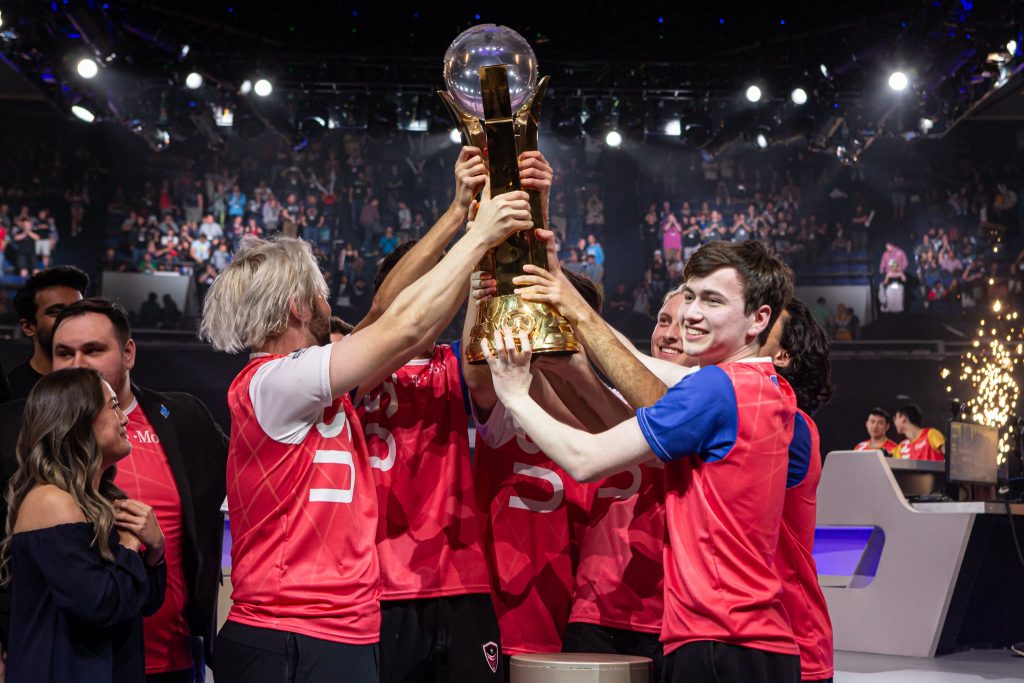 The crowd was loud at BlizzCon 2019 when Team USA claimed their first Overwatch World Cup!

In a quick 3-0 over Team China, Team USA put their roster’s Overwatch League experience to good use. With three players from the 2019 OWL-winning San Francisco Shock and five players from five other teams, Team USA came together to dominate at OWWC this year.

The squad reset and then had to face down China. After aggressive play on Ilios (2-1) and King’s Row (3-2), Team USA used their entire time bank to push the cart through Dorado a single time for three points.  It looked like Team China might have a window on Dorado to push the series to a fourth map. China took the fourth point before being stalled by an aggressive defense that included Team USA set up around the offense spawn and an impressive Death Blossom by Corey on Reaper. There was just no opportunity for China to get back on tempo after that, and Team USA (and the audience) began to roar.

After the players’ post-win celebration, they received gold medals on the stage. The audience-voted T-Mobile MVP award was given to Sinatraa, who also received the 2019 Overwatch League MVP.

In a post-match interview, SPACE said “This was expected. We came into this confident. I’m kind of sad we dropped a map to Korea. We wanted to have the golden run.” He added that “It’s amazing. It’s an honor to play for Team USA.” He credited the coaching staff who put in a lot of work for them and thanked sponsor Nvidia for providing them with a bootcamp. This is a team who were determined to win this year, put in the time to secure that win and, endearingly, who celebrated that win as though it came as a surprise despite SPACE’s comments. They popped off, they hugged, there were teary eyes and plenty of kisses placed on the trophy.

The Overwatch World Cup trophy goes home with Team USA for a year, and already Overwatch Game Director, Jeff Kaplan raised the stakes. On stage, he asked Team USA, “Now the challenge is back guys. Are you going to do it again next year? We want to know!”

Yes, we do! Congratulations, Team USA!