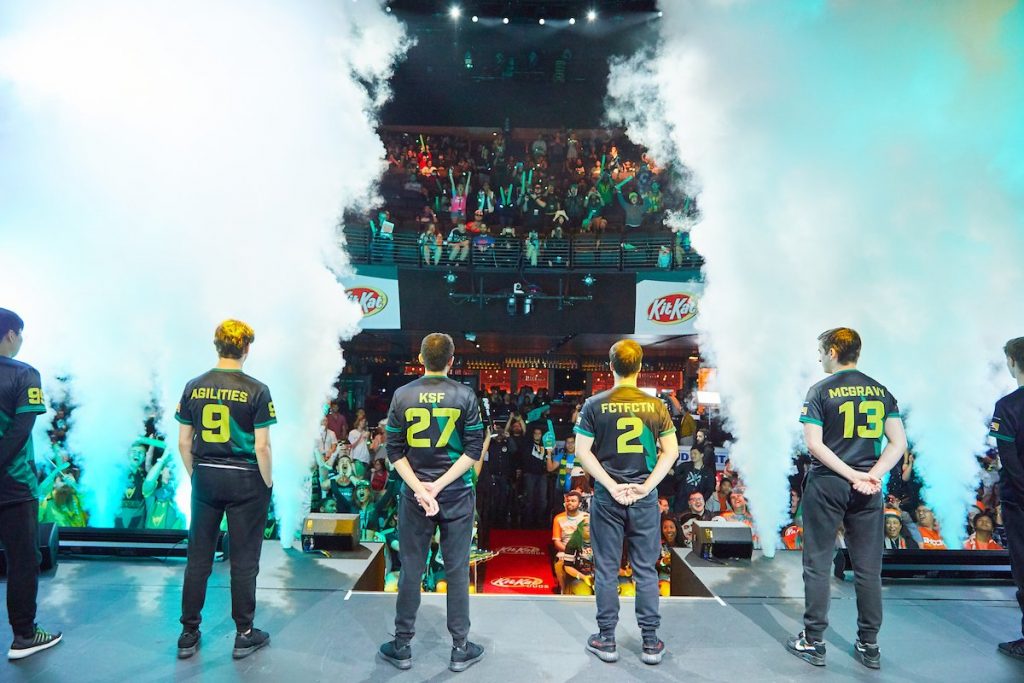 The last weekend of Overwatch League Season 2 was our final Homestand of the year. (Image via Blizzard Entertainment)

The final weekend of the regular season of Overwatch League Season 2 has come and gone, and only 12 teams remain. The top 6 teams have clinched a playoff berth, with the bottom 6 qualifying for play-ins to secure a playoff spot.

Let’s start with the top six. The winners from the Pacific and Atlantic Divisions, the Vancouver Titans and the New York Excelsior, respectively were in no danger of losing their divisional crowns and thus retain them going into the postseason. The top six is rounded out by the San Francisco Shock, Hangzhou Spark, Los Angeles Gladiators, and Atlanta Reign. The Shock look to be a strong playoff contender with commanding victories over the Los Angeles Valiant and Canadian juggernaut Vancouver Titans. Meanwhile, the Reign managed to take down the Dallas Fuel 3-2 on Saturday as well as the Boston Uprising 4-0 on Sunday, securing themselves the sixth seed and guaranteeing a coveted playoff spot.

The London Spitfire, Seoul Dynasty, Guangzhou Charge, Philadelphia Fusion, Shanghai Dragons and Chengdu Hunters make up the remainder of the top 12, and these teams will be competing for tickets into the next round of playoffs starting August 30 at 9:00 p.m. EDT. The Chengdu Hunters barely made the cutoff for the number 12 spot, thanks to some assistance from the LA Gladiators. Despite this being good news for Hunters fans, another team’s playoff chances were dashed in the process….

Unfortunately for Rivalry Weekend hosts the Los Angeles Valiant, their 1-3 defeat to the Gladiators and their 0-4 stomp courtesy of the San Francisco Shock put them just beneath Chengdu on the post-stage standings. Had the Valiant put on a better performance, they could have sealed Chengdu’s playoff fate. Instead, they crumbled against their rivals, amidst the fanfare of their own hometown crowd. Yikes.

While they may have already secured a playoff berth, the NYXL suffered a loss to fellow OWL powerhouse Vancouver Titans. The match, in essence, was a preview of a potential playoff matchup. However, the loss may shake the NYXL a bit going into the postseason, since they tend to underwhelm in the postseason at times. Any falter within the NYXL’s confidence heading into the playoffs is cause for concern in my book.

Even though teams like the Boston Uprising have been out of playoff relevance for a while. Seeing them go out on such a weak whimper is a shame, to say the least. Boston were routed first by the NYXL 1-3 on Saturday, then again 0-4 by the Atlanta Reign on Sunday. As the saying goes, misery loves company, and Dallas Fuel fans are nothing short of miserable. With a meager 8 wins in a 28-game season, Fuel fans have had little reason to be excited since before the pre-season of last year’s Inaugural Season. Atlanta Reign’s 3-1 destruction of the Fuel sent Dallas fans packing for another franchise to cheer on for the next couple of weeks, since their team lost playoff hope quite a while ago.

We had a BLAST at the @KitKat_US Rivalry Weekend with the @LAValiant! #OWL2019

Join us for a look back at the #TheFinalStand. 😁 pic.twitter.com/jvmE3jt1Mx

If last year’s playoffs are any indication, the coming weeks will be a treat for any fan of high-level Overwatch. The San Francisco Shock are looking unstoppable going into the playoffs for Overwatch League season 2, and I frankly don’t know if any team, except for maybe the Vancouver Titans, has what it takes to defeat them. The Shock look good to take the Grand Finals, though I do like the look of the Guangzhou Charge. It has been weeks since the Charge dropped a game, and they have clean wins against other top teams such as a 3-0 win over the Hangzhou Spark in Week 2 and a 4-0 rout of the NYXL in Week 3. They seem to be in-form in recent weeks, and I wouldn’t count them out. The Charge take on the Chengdu Hunters in the first match of the Season 2 play-ins this Friday, August 30, at 9:00 p.m. EDT on Twitch and Disney XD.