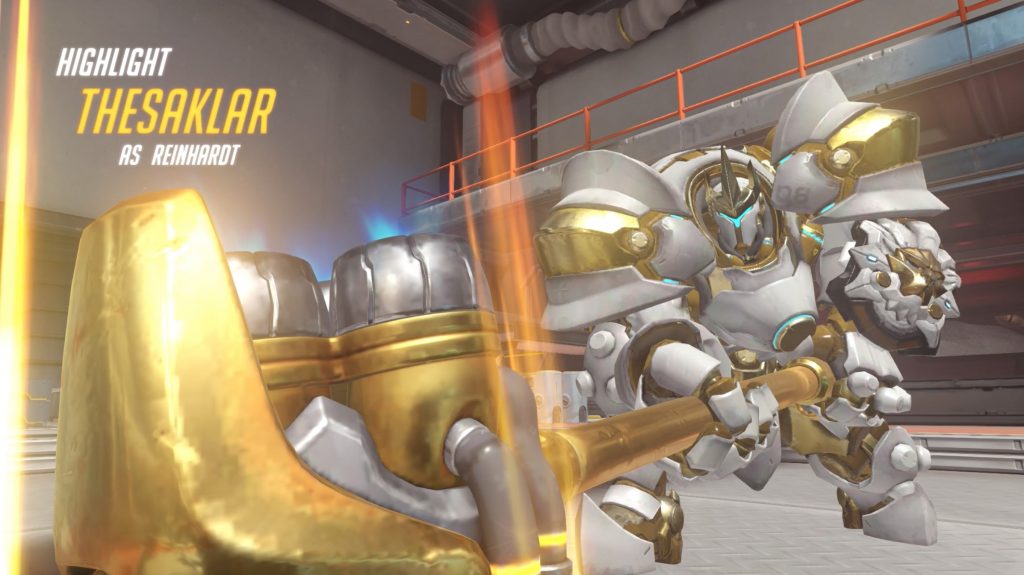 Mason spent the first few seasons of Overwatch finding his niche - but once he found his calling playing tank, he has been unstoppable.

He’s not even 20 years old yet, and he’s already making a name for himself as a top 500 (actual rank 282) player in Overwatch. Parker “The Saklar” Mason, is as close as you can get to a legend in the making.

“Just the name the Top 500 feels so ominous and powerful, you know?,” Mason said.

Mason saw trailers for Overwatch and immediately fell in love, joining the game’s open beta and playing ever since. He has currently racked up over 800 in-game hours.

Of course, such an achievement doesn’t come without sacrifices, and for Mason that often meant taking days away from school to work on his skills.

“During Season 3 I was still in high school but it was my senior year,” Mason said. “I would take days off so I could play Overwatch and I hit top 500 in Season 3.”

Was it worth it?

“I’m not gonna lie it feels really darn cool man,” Mason said. “When you see the white lightning on your screen and it says promotion and what number you are in the top 500, it really does make you feel something special.”

Mason’s gaming background extends way past Overwatch. He remembers starting off with a Gamecube then moving to an Xbox as he got older. While most of his experience is rooted in FPS game like Halo and Call of Duty, he also played League of Legends which he claims made him “competitive in gaming” and “put the passion for gaming” in him.

The first few seasons were mostly spent figuring out what position he was best in. Once he found his calling as a tank, however, “it was easy money after that.”

After sharpening his skills, he attended some of the LAN events at University of Nevada, Reno and ended up on the team towards the end of his senior year in high school.

Fast forward to today, and Mason played his first game on stage against Boise State University just a few weeks ago; but he still has not sated his hunger.

“I don’t know if I’ll be satisfied until I’m playing on the big stages and in front of screaming thousands,” Mason said. “I feel like this is only the beginning, collegiate esports is still very young and has a lot of potential to be the next big sporting event.“

Outside of grinding to get better, Mason streams and continues his studies at UNR.

“Right now my stream is mostly a ‘for fun’ thing,” Mason said. “Now that I’m at a close to pro level though, I’m gonna try to get into it more and see if people will tune into my gameplay.”

When asked about how he balances everything, Mason said: “it kinda sucks sometimes.”

“Currently I’m trying to balance being a university student and being a pro gamer and a streamer and building an esports arena on my campus and living away from home and everything else in my life,” Mason said. “It’s really difficult to manage my time, I’m stressed out about my midterms and six classes and running on low sleep most of the time.”

Of course, his career has also had times when he feels like quitting, but his passion to go pro drove him on.

“There have been times where I think about how much time I’m putting into a dream that could fail,” Mason said. “At the end of the day though, nothing sounds better than a pro contract for playing video games.”

His favorite moments are his first time getting Top 500 and anytime he outplays a big streamer like “aimbotcalvin or XQC”. He particularly enjoys going to “their twitch channel and getting the clip of [him] winning.”

In terms of advice, here is what he has to say to fans.

“You can lead your team to victory in more than one way,” Mason said. “Mechanical skill is important, but communication is invaluable.”

As for developers, he urges them to take a bigger role in the collegiate esports team and make the path easier and more “structured” since right now, Mason says, “the pathway to pro from collegiate is close to impossible.”

“I just want people to get the idea that eSports can become nearly as big or even bigger than conventional sports but only if we support it at all levels,” Mason said. “As time goes on I hope that Blizzard and other esports companies start to recognize collegiate gamers as potential[ly] profitable prospects for professional play.”

Big thanks to Christian Haddad for putting us in contact with Mason. For those interested in Mason’s stream, you can find him at Twitch.tv/The_Saklar.

Overwatch
Share
Gabriel Ionica
Gabriel is an up-and-coming esports journalist with extensive experience writing for places like GAMURS, Echo Fox, Team Dignitas and more. He has an excessive love for his Corolla. Gabriel is also in a love-hate relationship with CS:GO. It's complicated.